There’s no one to come to our aid but ourselves

BEFORE Pearl Harbor brought the might of America into the Second World War, President Roosevelt had been walking a tightrope between ‘isolationists’ and ‘internationalists’. The former wanted nothing to do with warring Europeans; if Europe was to succumb to Nazism and Fascism, so be it. Internationalists realised that it was democracy and freedoms that was at stake, and that America could not detach itself from this conflict. After the fall of France, Roosevelt knew that the survival of Britain was the linchpin for whether freedom and democracy would prevail. But how could he lend his support without taking his divided country into a war against Germany?

After establishing that Britain ‘would never give in’, to quote Churchill’s words, he introduced his Lend-Lease programme which was the start of a huge supply of arms and materiel to Britain and then the Soviet Union. Without this support the Allies would never have survived. The ‘Arsenal of Democracy’ was the name given to the United States because it was indeed the support base which strengthened the Allies’ resistance to tyranny.

When a common enemy can be identified strategies can be formulated to combat them, but today we have a conflict that is unique in the history of mankind. We know we have enemies, and we know they are killing and harming people, but they are doing this through the creation of fear and paranoia. The British government base their strategy on their ‘Mindspace’ document, a comprehensive study into how to control and direct mass populations by psychological manipulation.

We truly are engaged in a war for survival against the ‘enemy within’. This enemy has conjured up a mighty weapon. This weapon cannot be recognised in any shape or form. It is manifest in the threat of a deadly virus that is present only because the forces that are out to destroy the world as we know it tell us it is a reality. But it is not a reality: it is a fiction.

Those of us who have not been susceptible to the brainwashing are many in number but undoubtedly a minority. Where do we find our present day ‘Arsenal of Democracy’ to support us whilst we marshal our people when we have no mainstream media and when the enemy is within and is our ruling class? Where do we look to find the kind of strength and courage to help us not to give in to the evil forces which seem to hold all the aces?

Our resource is none other than ourselves. We are all around. They may have the media, the technology and the money, but we have the numbers of human beings. There are nearly eight billion of us across the world.

But how do we draw on this ‘arsenal’ to fight the enemy and prevent him from achieving his goals? If the prime weapon of those forces ranged against us is fear, we must make a conscious decision not to be frightened or if we are we must minimise it and not let it paralyse us into compliance and inaction. We must use the same psychological methods and techniques on the huge numbers in the middle, people who ‘go along to get along’, and we can do this by implanting hope in place of fear.

‘Normality’ and ‘humanity’ and yes, ‘love’, are our defence and the more of us who project this, the more the fearful will recognise that if we are not frightened there might just be a different way and a way for which their heart and soul crave. Most crave peace and harmony, so those of us who project ‘hope’ are pushing an open door. The wider the door opens the more people will pour through it, particularly when fear fatigue is setting in.

Normality means not wearing a mask and behaving in the way we did two years ago. Humanity means reaching out to people by smiling, taking no notice of the ridiculous social distancing rules (people will move away from you if they choose), offering handshakes and listening to people’s concerns when you get the chance and gently, ever so gently, making them aware that everything is not as it seems. Even when frightened, most people are highly suspicious of the mass media. The newspapers and broadcast news have never been so distrusted as they are now.

Groups which allow like-minded people to come together to gain strength and to have their batteries recharged (Covid world can drain them quickly) are imperative, and all sorts of organisations are growing by the day to facilitate this. ‘Stand in the Park’ is one such example. There are millions of ‘normal’ people around and if this comes as a surprise to you it’s because you’ve had too much TV news bombarding you with death and destruction to convey the false message that Covid is alive and well. Switch off the TV and Covid disappears. Search out your local support group and you will feel instantly better.

We are getting to the point where the fear is being transferred to those who try to frighten us because their plans are going awry. Their mind games are becoming ineffectual as more and more people realise that all we need to do to defeat this monstrous evil is simply to say no, not any more, we see you for what you are and we will bring you crashing down to face the consequences for the crimes against humanity that you have sadistically pursued for the past year and a half. I say to the government and their cohorts: ‘Be afraid . . . be very afraid!’ for many millions of us have cast our fears aside and are determined to see you finished. 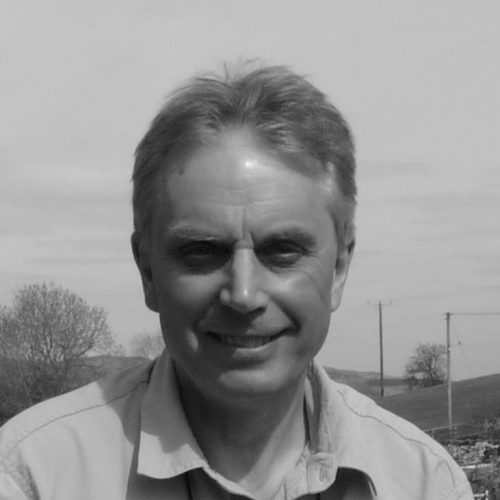