NewsPaperthe art of publishing
HomeNewsThere’s no place like Clogthorpe (except the Canaries or the British Virgin...
16 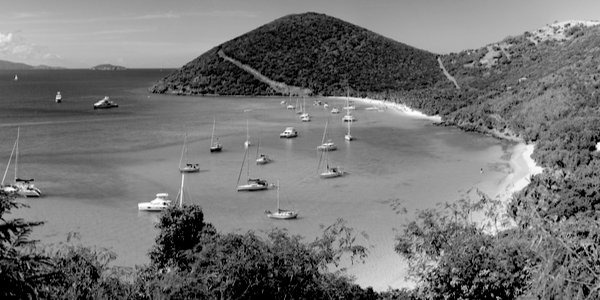 A councillor has quit after an outcry over him spending too much time at his chateau in France instead of in the electoral ward he represented.

Ashley Waters, who sat on Middlesbrough Council, posted regular videos from the Normandy property, which he is renovating. There are no rules compelling councillors to live locally, but his absences were condemned as ‘ridiculous’ and ‘unethical’.

However, would such antics have been better tolerated by Clogthorpe District Council, the hilarious creation of the brilliant and much-missed Keith Waterhouse in his Daily Mail column from 1988 to 2009?

The genius of the original can never be matched. But in heartfelt tribute to Waterhouse, let’s pop over to Clogthorpe Town Hall and see what’s happening …

Opening the discussion from his apartment in Tenerife, Cllr Bulge (Chair) said some might think it a bit rum, but apparently there was nowt in law to prevent councillors from living elsewhere than their home town, delightful though Clogthorpe was.

On advice from the council legal officer via Zoom from his converted farmhouse in Provence, Chair said he had been assured it was all above board. And while he was at it, could he (Chair) take the opportunity of thanking said civic official and his lady wife for their recent most acceptable gift of truffles and olives, which, in case of any snotty remarks about backhanders, had been duly noted in the council’s register of interests.

On a point of information, Cllr Potter asked if truffles were them mushroomy things that looked like the landlord’s bulging nose at the Snivelling Coalman pub, and would they go well in a hotpot, which his wife was currently preparing in the kitchen of their log cabin there in Norway, where it had turned a bit parky.

Chair replied that aye, them were the same, but by ’eck lad, he (Cllr Potter) would have to shell out a bit more brass for them than mushrooms.

Cllr Parkin, apologising for the intermittent satellite link from his beach condo in Barbados, said just let him (Cllr Parkin) get this straight. If it was okay living outside Clogthorpe, could members still claim travel expenses? It had cost him a bloody arm and a leg flying to the Caribbean, because there were only first-class seats left.

Chair said that assuming Cllr Parkin was still conducting his duties on behalf of the good folk of Clogthorpe, he saw no reason why not, although he (Chair) had got a cheap last-minute deal on EasyJet to get to the Canaries, ever conscious as he was of conserving public funds.

Cllr Parkin said on the subject of public funds, there was a Tory MP called Sir Geoffrey Cox making a packet in the British Virgin Islands as a lawyer advising the BVI government. Reckoned he’d trousered a million while still getting 80-odd thousand a year from Parliament.

Expressing astonishment and being assured that Cllr Parkin was not pulling his plonker, Chair said that even Long John Bloody Silver didn’t make that much in Treasure Island and opined that it was nice work if you could get it.

Cllr Ms Roz said that while not wishing to call the kettle black, she wondered if members did not feel guilty about living so far away from Clogthorpe. She was content with her cottage in the Lake District, where, as members could see if she moved the camera round, there was a lovely early display of organically-grown daffodils outside her lounge window.

Did members not realise that air travel was highly polluting and they were possibly in breach of the Clogthorpe Climate Pledge, which some had signed in blood after a particularly heavy session at the Snivelling Coalman in the run-up to COP26?

Chair said begging her pardon, but was she implying there was some skulduggery on the go? If so, she was sorely mistaken. Also, she should not worry her pretty little head about the environment. The council’s carbon footprint would be offset by planting a new privet hedge round the perimeter of Clogthorpe Community Eco-Park and sticking a few trees on the site of the now-demolished Blockbuster on Market Street.

Cllr Nepworth asked, through Chair, if expenses also covered fixtures, furniture and fittings. The humid climate out there in Bangkok was playing hell with his bungalow’s woodwork and as for those bloody termites, don’t ask him.  Chair said he would consult the Town Clerk, who would be away for a few days yet at his pied a terre in Cannes.

On a supplementary, Cllr Parkin asked if return flights plus accommodation could be put on expenses for members to attend the annual Clogthorpe Mayoral Dinner in May. If it was anything like last year, it would be a right good p**s-up, where councillors’ dedication and hard work for local democracy was justly celebrated. Chair concurred.

On a further supplementary, Cllr Nepworth said it was now 2am in his part of the world and he’d like to get his head down, especially as it was the cicada mating season out there and that buzzing noise was getting on his nerves.

Chair replied that, bloody hell, he (Cllr Nepworth) was right. Happy hour was just starting at the Cojeando Cucaracha Bar in Playa de Las Americas and there was an Abba tribute band on that night.

On a proposition from the Chair, it was decided to endorse remote governance, Cllr Ms Roz abstaining.