These wimmin’s figures are not to be trusted 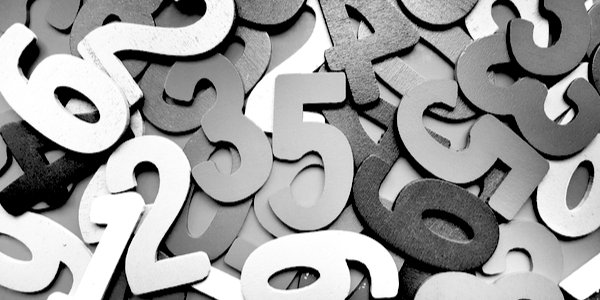 YOUNG Women’s Trust (YWT) is a charity which ‘supports young women aged 18-30, especially those struggling to live on low or no pay’. Not that low pay appears to afflict YWT’s senior staff: according to its most recent annual report, during the financial year 2017-2018, the employment cost of the ‘senior management team’ was £375,889 – an eyebrow-raising sum for a team of five, four of whom worked part-time.

The highest-paid employee, then on a salary of £87,027, was the full-time CEO. This position recently became vacant, and from September the charity’s chief executive will be the familiar face and hectoring voice of Sophie Walker, founding leader of the Women’s Equality Party (WEP).

Thrilled to join @YWTrust as chief exec. The talents & energy of young women, particularly from marginalised communities, hold such bright promise. I want to lift up their voices, make space for them in workplaces & help them lead us all to better things.https://t.co/iF31zkqZ5O pic.twitter.com/y6rKsRlQCg

Earlier this year she stood down from the WEP. In her resignation letter Walker said she was ‘frustrated by complacency in the feminist movement and in political parties about making space for black, Asian and minority-ethnic women, working-class women and disabled women in particular . . . sometimes in order to lead you have to get out of the way. (White men, are you listening?)’

After four years of building @WEP_UK I have decided to resign. Because sometimes in order to lead, you have to get out of the way. My statement is here: pic.twitter.com/ju4WMVjJzN

That gratuitous parting insult confirmed Walker’s misandry. And for her new role heading Young Women’s Trust, she evidently has in spades the requisite belief that females still suffer unique disadvantage in the workplace: only a few days ago, she tweeted the claim that ‘oppression, discrimination and inequality is making women ill’.

Those who have been working in and around the women's sector have been shouting this for years: Oppression, discrimination and inequality is making women ill. Appreciate this report. Wish it didn't take a 'special rapporteur' for governments to listen. https://t.co/50ITtODTUT

Being a charity which supports ‘those struggling to live on low or no pay’, Young Women’s Trust sounds rather different to the Women’s Equality Party. Joanna Williams of Spiked, also author of Women vs Feminism, justifiably derided the WEP for being ‘as solidly middle-class, middle-of-the-road as Radio 4, organic veg boxes and the Guardian’.

Far from speaking for women on minimum wage, the WEP has tended to be more perturbed by Sandi Toksvig earning less than previous QI host Stephen Fry, or by the BBC paying more to its male news editors for the USA and Middle East than to Carrie Gracie for covering China. For the latter, Sophie Walker naturally proclaimed that Gracie had taken ‘a courageous stand’ and that the BBC should be ‘ashamed’.

Young Women’s Trust purports to help those at the opposite end of the socio-economic scale; nonetheless, its refrain remains the same. Having commissioned YouGov to survey a sample of 802 ‘HR decision-makers with management responsibility’, YWT recently reported:

· 37 per cent of women and 22 per cent of men say ‘sexist behaviour in my organisation still exists’.

· 27 per cent of women and 11 per cent of men say it is ‘harder for women to progress in my organisation than men’.

· Nine per cent of men and three per cent of women say ‘men are better suited to management jobs than women’.

YWT’s communications director Joe Levenson, whose name and photograph look suspiciously male, used these results to editorialise: ‘Far too many women are still having to battle sexism to progress at work . . . from patronising remarks to sexual harassment and gender discrimination, sexist cultures only serve to hold women back. This perpetuates gender pay gaps and disadvantages employers by limiting their organisations’ talent pools . . . employers must root out sexism in their organisations and give women an equal chance to succeed.’

To title this boilerplate, YWT rounded upwards the 37 per cent and headlined its press release ‘Two in five female bosses say their workplace is “sexist”.’ The Independent went even further, its headline replacing ‘Two in five’ with ‘Almost half’.

Oddly, 38 per cent of Scots voting to leave the EU has never been described as ‘almost half’; on the contrary, Scotland’s 62 per cent for Remain was declared an ‘exceptional’ majority.

Evidently, though, we are expected to take much more seriously a minority when it is 37 per cent of women – much nearer to one-third than one-half – who claim to work in a ‘sexist’ organisation. However, an alternative presentation of the YouGov poll for YWT is:

· 63 per cent of women say they do not encounter sexist behaviour at work.

· 73 per cent of women say that women can progress as readily as men.

· 91 per cent of men do not presume they are better suited than women to managerial jobs.

In short, the research commissioned by Young Women’s Trust unearthed few unreconstructed men and found that working women overwhelmingly do not regard themselves as downtrodden victims.

Announcing her appointment as chief executive of YWT, Sophie Walker proclaimed: ‘In women we trust!’ In which case, Sophie’s choice should be to heed the vast majority, who do not need her to speak and act on their behalf.