NewsPaperthe art of publishing
HomeCulture WarsThey lied about everything else, but believe them about this war
716

They lied about everything else, but believe them about this war 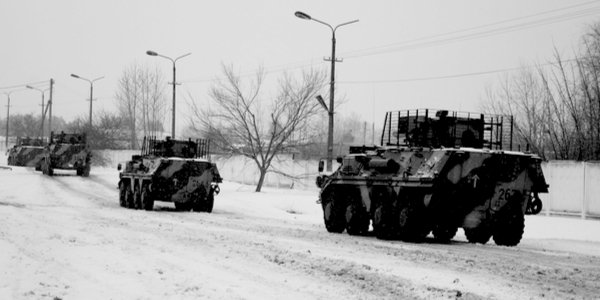 HOW long until we get reports of people pelting Siberian huskies on the street?

Probably not too long. Already there are videos of Russian food shops being vandalised such as this one in Germany.

A friend who runs a Russian language school in Britain has received threats, including that all Russians should leave the UK. That the school employs mostly Ukrainians and the owner’s wife is from Kiev is neither here nor there when you’re caught up in the latest tide of moral righteousness.

Having forgotten utterly about the preoccupations of yesterday – Covid, Partygate (whatever happened to Sue Gray’s report?) – we are now fully at work with our latest, all-consuming passion. War. Lots of it. Each detonation of a mortar round more titillating than the last. I haven’t seen this much unanimity since the first days of the Covid-19 pandemic.

Do you believe what you read in the media? Plucky Ukrainians, incompetent Russians. After a few days, claims that ‘Russia has lost the war’ abound. Stuck in the mud and stranded without fuel. That wars are rarely decided on the opening day seems lost to a world obsessed with only the present moment. There is plenty more time for Ukraine to fall.

But not without additional, unnecessary bloodshed, all encouraged by our politicians and media. Those wishing to volunteer for Kiev are sent away on a bandwagon of positive vibes and profile pictures with superimposed Ukrainian flags. That they are being sent to a probable death is neither here nor there.

The Russians are evil. The West never puts a foot wrong. Ignore the wars of the past – Iraq, Afghanistan, Libya – we are geopolitically chaste and without sin. That Ukraine is of approximately zero geostrategic interest to us does not matter. The forward march of Western hubris in its institutional form cannot be impeded.

Why would Nato not just say Ukraine will remain a buffer state? That nation’s entry into the alliance was so clearly a red line for the strategists of Moscow, nevertheless we courted its favour, assuming that being on the ‘right side of history’ would be enough. When Russia finally did invade, our ignorance leads us to throw our hands up and scream ‘bully!’ at Putin. I do not care much for Putin, but it is for the birds to assume that the West is entirely without blame.

Having been systematically lied to about every imaginable topic, I cannot simply buy our government’s line. Warrior Truss, whose unfamiliarity with the geography of the area should set alarm bells ringing, solemnly plays her role as a second-rate Thatcher-at-war. Johnson, who until yesterday was on the ropes of various scandals, is recast as a latter-day Churchill.

We’re fighting for democracy and freedom. Fighting for it in a corrupt eastern European state, cleft in two by a linguistic and ethnic fault line, and whose elites have bought the ear of the American President and his family.

We’re fighting it from the high horses of the West, which has just spent two years imprisoning its own citizens and demanding they undergo forced medical procedures. From the same West which would not dare comment on Trudeau’s totalitarian seizure of the bank accounts of those who dared disagree with him, nor on the dictatorial powers used daily in the Antipodes.

Forget all of that. We are the good guys. They are the bad guys. The world is black and white. We are not to blame, not one iota. Cheerlead for war and let the stakes get higher. Assume that Russia’s interests are invalid and to be ignored. We’re back to the gilded age of liberal democracies beating the drum of war.