Things could be a whole lot worse 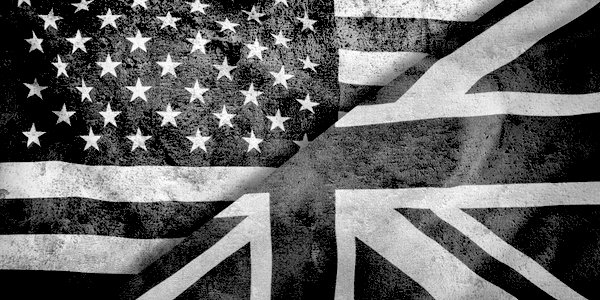 It is true that this wondrous website sometimes errs on the dark side. However, now and again I think we are living through the best of times. Let me explain. First, although they have their faults and their differences, we currently do have a Right of centre government both here and the United States.

Yes, we can bicker over the details but at the end of the day Trump is in the White House and May is in Number Ten when it was very possible that we could have had two crazy socialist blowhards: Clinton as Commander-in-Chief and Corbyn in Number Ten with the dead-eyed Marxist McDonnell at the Treasury. Just think about that and get down on your knees and thank God it’s not the case.

Second, we are leaving the European Union. Sure, it is messy and there might be a sell-out. However, currently we are leaving and it is driving people like Matthew Parris mad – actually mad. And that’s enough for me and my schadenfreude.

Here is Parris, with grace in fairness: ‘There’s no denying it. My spirit is restless and I must confess. This Brexit thing is driving me slightly mad. And I do mean that clinically: not as a rhetorical flourish. My mental state, like that of so many I know on both sides of the Remain/Brexit divide, is capable of medical diagnosis. A shaft of insanity has pierced our interior lives. I really am becoming a Remainiac . . . I know I’m boring my readers; know there’s almost nothing left to be said; know that the voice in my head, my mother’s voice, telling me I just need a good night’s sleep, is right . . . Is it not the first and clearest indication that the balance of one’s mind has been disturbed that, when having done all one reasonably can to achieve a result, one simply cannot let something go? What is the point of waking up at 3am and fretting sleepless until sunrise that we are leaving the European Union?’

Staying on Brexit, many people are concerned that it is taking up so much governmental time and energy that very little else can get done. This, however, has got to be a good thing. Most of the time governments only make things worse so the more time taken up by Brexit the better as far as I am concerned. It should at least limit most of Theresa May’s mad and bad schemes to combat ‘burning injustices’. Again, we can only thank God for that.

Finally, the culture. This #MeToo thing is only getting started and so far it has taken down a lot of Leftist men. This does not surprise me one iota. These Leftist men just seem to love feminism but hate women. Take the latest one, New York attorney-general Eric Schneiderman, who has been accused of being a serial abuser in his private life.

According to The Times: ‘Four high-achieving, intelligent professional women, including three past girlfriends, tell The New Yorker this week that he choked three of them, hit them across the face multiple times, perforated the eardrum of one, told another that she was his “brown slave” and must call him “master”, described them to their faces as whores and one as a “dirty little slut”, psychologically abused them, mocked their bodies and demanded one lose so much weight she looked emaciated. Two sought medical attention after being hit. One claimed he threatened she would be followed and would have her phones tapped, and two say he warned them he would kill them if they left him.’ Schneiderman has resigned. The more monsters that resign the better.

So there we are. Look at the bigger picture. Things are not as bad as they seem.