NewsPaperthe art of publishing
HomeNewsWho do you think you’d be killing, Hitler Hitman?
54

Who do you think you’d be killing, Hitler Hitman? 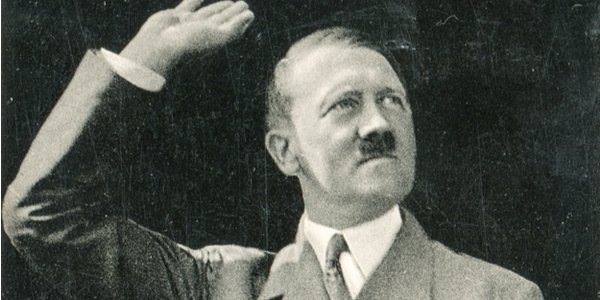 A group of hitmen go back in time to kill Hitler, in a bid to stop Brexit, create equal pay for newsreaders and keep Nick Clegg in the House of Lords. But how will the assassins recognise the Fuhrer if, by any chance, he has shaved off his little moustache? After swallowing some historical content pills, a picture begins to emerge . . .

It’s the Year 2020 and a man calling himself Farley Rusk has developed a Time Machine. At least that’s his story.

This man has operated under several identities, including Mac Sclifford, Johann Savile and Dr Fortune M’Bezzla.

His last spell in prison was for selling Stonehenge to the National Health Service in a £20billion Cloud Computing deal signed off by John Prescott.

Farley Rusk is looking for his next ‘mark’. As any conman will tell you, you can’t fool an honest man. A clever fraudster will look for people who believe in nothing, because ultimately they’ll believe in anything. Someone whose greed will persuade them to break the rules, and whose conceit stops them admitting their mistake.

He finds the perfect mark in a man called John McDonnell, a shadowy deputy prime minister with ambitions to become PM, once he can stick an ice pick between Jeremy Corbyn’s ears.

Rusk convinces McDonnell that his time machine, which looks like a Mini Metro, can take him back to any period in history. McDonnell asks if he can go back to the day that the Daily Mail was created. ‘If we could close down the Daily Mail, all the problems of the world can be solved at a stroke,’ says McDonnell.

Rusk’s instincts tell him he can upgrade the mark’s expectations. (Any conman is only one conviction past being a top salesman.) Rusk upsells McDonnell to a loftier ambition. ‘Why stop at destroying the Daily Mail? Why not take out the man who invented it?’ says Rusk.

McDonnell is euphoric at this suggestion. ‘You mean . . . take out Adolf Hitler himself? You can’t get more direct action than that!’

Having agreed on cash payment for the secret mission through time, Rusk leaves McDonnell to put his Momentous team together.

But when the crack unit is assembled, they realise they have a challenge. What exactly does Hitler look like? They’ve all referenced him constantly. They’ve benchmarked their opponents against Hitler in every newspaper and magazine column, TV appearance and radio phone-in. But, they are forced to admit, none of them would recognise a tache-free Fuhrer if he was called to collect his order at Starbucks.

They decide to assemble a picture of him. They hope a pattern will emerge if they reverse-engineer him from all the benchmarking comparisons they’ve made throughout their punditry careers.

Hitler, it seems, is exactly like the local politician who proposed restraint over spending on playground equipment, as reported in the Surrey Comet. The Lib Dem opposition at the time had gone the full Pastor Niemöller in a council meeting, describing a Tory councillor as being just like Hitler.

Soon everyone was chipping in with their Hitler sightings. The Fuhrer was named-checked in practically every phone-in show hosted by James O’Brien on LBC. From this we can recognise the following characters as Hitler:

Anyone who lives south of the Thames.

Anyone who doesn’t rush to judge a footballer’s guilt in a rape trial with a nebulous narrative.

Anyone who is a bit nervous about being blown up by terrorist bombs.

These revelations jogged the memory of another of the instant judgement squad. Hitler was the type of person who’d talk over Owen Jones in a TV debate about terrorism, said Owen Jones.

Hitler could be recognised as someone who didn’t think Stewart Lee’s speeches are funny. (To be fair, nobody laughs out loud at a Stewart Lee gig, but the good people say it’s because his comedy is ‘challenging’. The rest are Nazis.)

Soon a further check list for Hitler was compiled:

He liked watching Top Gear when Jeremy Clarkson was on.

He thinks children might be better off with two parents.

He reads a tabloid newspaper. Or a book.

He quite likes Jordan Peterson, from what he’s seen.

He’d take to Twitter on Thursday and post messages such as ‘Another Question Time panel packed with Remainiacs’.

He’d think it was OK to murder millions of people.

This last item aroused some debate. Is Alastair Campbell Hitler? Of course not, Alastair Campbell didn’t kill anyone. He just presented a dubious dossier that led to the longest period of bloody conflict for centuries, that’s all. Besides Campbell is on the right side. He’s one of us. And he’s an incredibly brave man to write a best-selling book about his emotional issues.

Wait, someone asked, wasn’t Stalin a fascist? Wasn’t he rather a brutal authoritarian who killed 20million people?

Well, yes, they jointly concluded. But Stalin was on the right side. He was the Alt Right to Hitler’s Alt Wrong.

In fact, these two identical polarities were probably different aspects of the same person. (Did anyone ever see Adolf and Joe in the same room at the same time?).

Yes, that’s it. Hitler was bad, but Stalin was good. The science is done.

So maybe it wasn’t a good idea to go back in time and kill Hitler after all. Would they be chucking out the Left-wing baby with the National Socialist bath water?

This was a time-travel theology question they would have to think about. Maybe they should put it to Mr Rusk when he finally came back from the shops.

Only thing was, Mr Rusk had been gone for a rather long time now. Hours in fact. He only nipped out to allow them to talk things over.

Let’s hope he hasn’t run off with all our money, said Mr McDonnell.