This atrocious deal must be thrown out 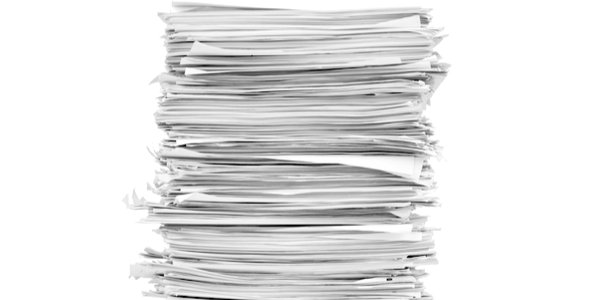 The draft Withdrawal Agreement, all 585 pages of it, and the outline of the political declaration for the future relationship, comprising just seven pages, were released last week. They make grim reading. When I voted for Brexit, I had a clear idea what this meant. My country would become a truly sovereign nation, out of the customs union, out of the single market and completely free of the EU’s institutions. These documents simply do not deliver a clean Brexit. They deliver BRINO – Brexit in name only.

The Withdrawal Agreement confirmed much of what we already knew. It included the considerable financial payment (estimated at £35-39billion) and details of the implementation (transition) period, which will become operative after 29 March 2019 (Brexit Day) and planned to end on 31 December 2020. During this period, the UK will de facto remain a member of the EU, conforming to all the rules and regulations, even though de jure we will be a third country and no longer a member of the EU’s key institutions. It is intended that the future EU-UK relationship will be negotiated during the transition period.

The Withdrawal Agreement also fleshed out the ‘backstop’ in the Protocol on Ireland/Northern Ireland, one of two options intended to become operative if the ‘future relationship’, intended to be concluded and ratified by 1 July 2020, is not ready. The second option is an extension of the transition period.

The proposals relating to the ‘backstop’ are, in my view, horrendous. Firstly, the UK and the EU will be in a ‘single customs territory’, in which the UK will align its tariffs and rules to those of the EU. Secondly, there will be wide-ranging regulatory alignment measures to ensure a ‘level playing field’. These measures include the EU’s state aid rules, competition policy, labour and social protection, and environmental protection and climate change. Thirdly, concerning Northern Ireland, there will be additional alignment conditions and checks on goods. Finally, any termination of the ‘backstop’ will be decided by the EU-UK Joint Committee. The British Government could not unilaterally end the agreement.

Putting aside the proposals relating to Northern Ireland, it is quite clear that the UK, if ever subject to the ‘backstop’, would have little customs and regulatory autonomy in these circumstances. Completing and operating extensive trade deals with third countries would surely be ruled out during this period. Moreover, the freedom to modify a large swathe of regulations would be severely curtailed. To be brutal, we could forget about the Brexit dividends of trade deals and regulatory reform to help the economy.

However, the ‘backstop’ might never become operative. It could be that the future relationship is ready by the end of the transition period, whether after 31 December 2020 or after any extension, and seamlessly becomes applicable. This is where the proposals relating to the ‘future relationship’ become relevant. Granted the proposals include a free trade agreement (FTA), which should be helpful for our exporters, and even more so for the EU’s (the EU had a goods surplus of £95billion with the UK in 2017). But, and it is a big but, the FTA is combined with ‘deep regulatory and customs co-operation’.

Ominously, the draft future relationship bears an uncanny resemblance to the ‘backstop’ described in the Withdrawal Agreement. The customs arrangements are to be built on ‘the single customs territory provided for in the Withdrawal Agreement’. And provisions to ensure the maintenance of ‘open and fair competition’ are to be built on the ‘level playing field’ alignment measures, as discussed above. Under these circumstances, the scope for any free trade deals with third countries and regulatory reform would be severely restricted – permanently. Our negotiators, doubtless deeming Brexit a disaster, have seemingly agreed a damage limitation package, as they perceive it, rather than grab the opportunities freedom from the EU could bring.

We were, however, warned. When the European Council offered a free trade agreement back in March, they clearly stated ‘insofar as there are sufficient guarantees for a level playing field’. But, having said that, the restrictions contained in the current draft ‘future relationship’, not least of all the ‘single customs territory’, seem noticeably more draconian.

One can only hope Parliament rejects the ‘deal’ on the table. It is not just a bad deal, it is an atrocious deal. Trading under tried and trusted WTO rules is a far preferable option, feasible and robust. Fifty-five per cent of our trade is currently with non-EU countries, basically under WTO rules, and such trade is growing appreciably faster than that with the EU. Of course, there must be administrative agreements to ensure that planes fly and citizens’ rights are respected, if there is no trade deal. But the British Government and the Commission have already made some progress on this score. The Government’s ‘How to prepare if the UK leaves the EU with no deal’ lists the 106 ‘no deal’ guidance notes already released. The EC issued a Contingency Action Plan this month dealing with, among other topics, citizens’ rights, financial services, aviation and customs. It is now incumbent on both to be ready for a ‘no deal’ outcome. If not, they will have failed.