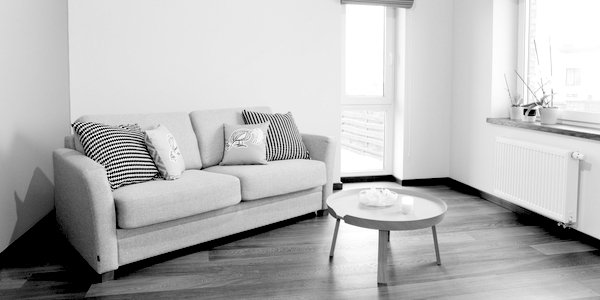 ‘HELLO, Fred. Bill here. Just phoning to see how you are. Do you realise we’ve all been stuck inside for a year now because of the coronavirus lockdown?’

–  ‘Blimey, a year? Well, time flies when you’re not enjoying yourself. Hang on a sec, Bill, I’m just busy with steppenwolf.’

‘Boy, you’ve got some Steppenwolf records? Vinyls? They must be worth a fortune. Get your motor running! Born to be Wi-i-ild! Yeah! Those were the days, eh?’

–  ‘Er, no, Bill, not records. There’s a pack of steppenwolf roaming down the street at the front of my house.’

‘Crikey!  It was bad enough with mountain goats in the streets of Llandudno, but it’s getting worse now that animals are escaping from the zoos. Can’t you get your dog to chase the wolves away?’

–  ‘Fido’s gone, Bill. A golden eagle swooped down and snatched him last week when he went into the garden to do his business.’

‘Poor Fido. No wonder people are getting dog substitutes then. That explains the sticker I saw on the window of the delivery van that brought my food supplies the other day: A Coyote is for Life, Not Just for Christmas.’

– ‘Give me another minute, Bill. I’m just reaching over for the lynx.’

‘Oh, come on Fred, you’re not going anywhere, so you don’t need deodorant, especially Lynx. That’s a bit trendy for a bloke your age.’

– ‘No, Bill, you don’t understand. I’ve got a lynx, a large wildcat. I caught and tamed him after our little pussy Tiddles was crushed by a boa constrictor. I’m just going to put him outside. He likes to hunt at night.’

– ‘Yes, he goes after the wild boars that keep digging up my potato patch. I hear Jeremy Corbyn had to fight off a herd of them when they got into his allotment in Islington the other day. Squashed his butternuts and mangled his wurzels.’

–  ‘Hopefully it won’t get as bad as last September. Do you remember? The North Circular gridlocked by herds of migrating wildebeest and boat traffic halted on the Thames because of hippos at Putney.’

‘Well, I just heard on the news that beavers have dammed the upper Mersey near Stockport and there are piranhas in the lake that’s been formed.’

–  ‘This is getting ridiculous. You’d think Boris Johnson would do something about it.’

‘Well, in his latest daily broadcast he said the lockdown will be over by June – just like he said last year. Apparently it’s a struggle to get in and out of Downing Street through the undergrowth these days. The plants in the hanging baskets have run wild and it can be pretty hairy when the tumbleweed comes rolling in from Whitehall. No 10 is covered in so much Russian vine that people are calling it the Hanging Gardens of Babylondon. And to cap it all, Dilyn the dog has mated with a timber wolf.’

–  ‘Blimey! They’ll have to rename it Wild Westminster.’

‘Anyhow, look after yourself, Fred. I’m just off round the block for my allocated hour’s exercise.’