This blessed plot: Continent cut off 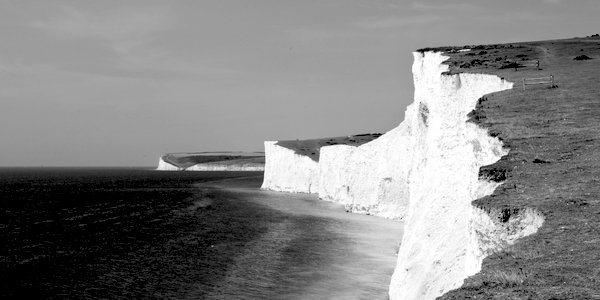 UK sealed off from the world … UK isolated as more than 40 countries ban travel … Mutant Covid leads to travel ban from UK across the world.

Hmm. So much for the droll, steadfast spirit of that classic old headline … Fog in Channel: Continent cut off.

It was supposedly published in the Times, but it was most likely made up by some wit who was probably having a gentle poke at Britain’s self-containment, self-regard and self-confidence.

But it does give you a flavour of how we once saw our place in the scheme of things regarding our European neighbours – that is, top dog.

John Bull bestrode the White Cliffs of Dover and looked with disdain and condescension on the benighted hordes unfortunate enough to live across the Channel, seen by some as that vaguely unsavoury figure, Johnny Foreigner.

It was arrogant of the British, of course, and our pride in our world dominance came before a slow, painful, decades-long fall. But we enjoyed it while it lasted and our legacy wasn’t all bad.

So now, as JF looks askance at us at the end of this awful year, let’s indulge in a little jingoism and recall a few quotes unashamedly in praise of our homeland. Here is a selection to be going on with, but it would be nice to hear some from TCW readers …

‘You are an Englishman, and have subsequently drawn the greatest prize in the lottery of life.’ – Cecil Rhodes.

‘In spite of all temptations to belong to other nations, he remains an Englishman!’ – Gilbert and Sullivan.

‘I suppose an essential aspect of being British is not liking others very much. We are set apart by our lack of French-ness, German-ness or Italian-ness. Still, Britain is one of the few places left in the world which still has real beer.’ – Terry Jones.

‘England has saved herself by her exertions, and will, as I trust, save Europe by her example.’ – William Pitt the Younger, 1805.

‘This blessed plot, this earth, this realm, this England.’ – William Shakespeare.

‘Suddenly in the space of a moment I realised what it was that I loved about Britain – which is to say, all of it. Every last bit of it, good and bad – Marmite, village fetes, country lanes, people saying “mustn’t grumble” and “I’m terribly sorry but”, people apologising to me when I conk them with a nameless elbow, milk in bottles, beans on toast, haymaking in June, stinging nettles, seaside piers, Ordnance Survey maps, crumpets, hot-water bottle as a necessity, drizzly Sundays – every bit of it.’ – Bill Bryson.