This dismissive attitude to voters is shocking, Dr Fox 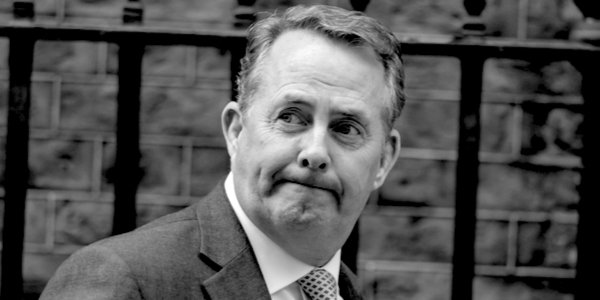 PROMPTED by Peter Hitchens’s marvellous idea of a mass write-in to MPs this weekend, yesterday morning I wrote to mine, Dr Liam Fox, and warned him that his seat is at risk should he vote for the new restrictions in Parliament on Tuesday.

This is the second time I have written to Dr Fox, the first being a month ago when I wrote protesting about the government’s draconian and destructive lockdown policies.

Fox’s reply to my initial letter was condescending and revealing. He cited the advice of ‘scientific advisers’ (Sage) as the reason for the lockdowns and parroted the usual government nonsense on ‘saving the NHS’. In an attempt to offer me a sop, he detailed his plan to set up a committee to look at the implications of Covid-19 policy. I am sure this ‘remedy’ will be of great comfort to the millions facing unemployment, bankruptcy and medical neglect.

Fox trotted out the excuse that lockdown is also the official policy in France and Germany. But why jump into the fire just because your neighbours do? And since when did Fox, a prominent Brexiteer, think that these two EU countries are examples worth emulating?

Nevertheless I thought it was worth another bash and yesterday sent him this email via the website writetothem.com, as recommended by Hitchens:

I have had enough of the government’s wanton destruction of our society and economy. If you vote to make others jobless on Tuesday, do not expect to keep your seat at the next GE.

Thank you for your message to Dr Fox.  I am sorry he cannot respond personally as there have been too many over the past few days.  He asked me to send you his statement.  A Labour Government would have been even more rigorous since last spring.

This is a childish reply. The Tories’ disdain for us little people is off the charts. Fox’s attempt to use the Labour Party as an excuse for the Tories’ actions is risible. That Labour would have most likely done a far worse job does not excuse the government’s gross incompetence and stupidity.

Dr Fox, like most of his colleagues, refuses to admit that the government have made an unholy mess of their Covid-19 response and should never have put healthy people under house arrest. The government have listened only to Leftie Sage, who never fail to get a forecast wrong. They reject expert advice from epidemiologists Dr Sunetra Gupta and Professor Carl Heneghan, and other scientists and medical professionals such as Dr Mike Yeadon, Dr Clare Craig, Professor Karol Sikora, Dr John Lee, Professor Ellen Townsend, Professor Allyson Pollock and Professor David Livermore.

It’s telling that just a few days ago Fox was protesting about the government placing North Somerset in Tier 3.

Perhaps he now regrets voting to renew the Coronavirus Act? Although that certainly didn’t come across his reply to me yesterday.

His defiant responses leave me no choice but to conclude that he too is now a fully paid-up member of the Covid Cult. I have been a solid Tory voter for the past ten years but I will never vote Conservative again.