This dodgy dossier on race in the workplace 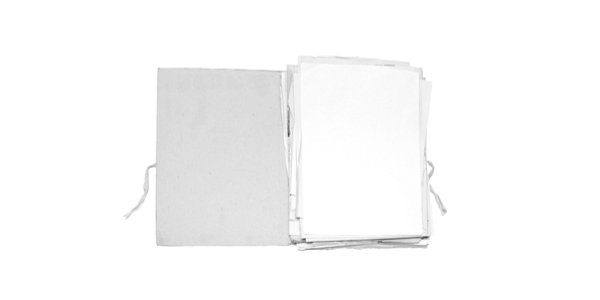 Last week the Government launched a consultation on how to implement a mandatory requirement for companies to publish pay data by ethnicity. The goal is to address the disparities in pay between ethnic minority and white employees. The consultation has gone live and can be found here. It will run until January.

The introductory report, signed off by Business Minister Kelly Tolhurst, contains some rather chilling opening statements: ‘The Prime Minister was clear: if disparities between the treatment of ethnic groups, whether in the case of health, education, employment, housing, criminal justice or work, cannot be explained, then they must be changed.’ Cannot be explained by whom? To whom?

And: ‘There is no reason why the workforce in all organisations should not reflect the diversity of the communities in which their employer operates.’ Read that again – no reason, and all organisations. As anyone with the remotest understanding of statistics will know, the opposite is true: there is almost no chance that all the employers in a particular area will statistically reflect their local populations.

The report cheerfully uses the language of identity politics. Ethnic minority women may suffer a ‘double disadvantage’. And ‘introducing mandatory ethnicity pay reporting alongside the existing requirements on gender pay reporting provides an opportunity to examine the potential intersectional effects of pay differences.’ Ms Tolhurst, what do you mean?

There are currently wide variations in earnings from employment between ethnic groups. Factors such as age, education, occupation, and location help to explain these differences. Age is an important explanatory variable as ethnic minorities are, on average, younger than the white population, and pay tends to go up with age and experience. Education attainment is obviously also an important explanatory variable (and if the government wants action this is where the action should be). Unless every employee’s data can be accurately adjusted for these factors, as well as others such as industry and location, we already know that the data is, on average, going to show a pay gap. We know that as night follows day, employers in this country will then be exposed to accusations of racism. I wonder if being a statistical outlier could be declared a hate crime.

Let’s look at what it would take for civil servants to work out the data adjustments that would need to be made to employers’ published data to provide accuracy and to avoid unfair accusations of racism. Adjustments would need to take into account every individual’s unique combination of age, education, years in the industry, other relevant experience, and other factors that make up pay in a market economy. The scale of individual adjustments would be so great that we should probably just station civil servants at every workplace to monitor pay decisions and with the powers to call out racism.

We haven’t even got to the complication of choosing how to cluster ethnic groups. As the report notes, if all the minority ethnic groups are bundled together into ‘non-white’, we will lose any insights into the differences within those groups. Conversely the report says ‘a more granular level of detail could result in figures not being reported due to risks of disclosure of individual, personal information, especially for smaller organisations’.

The report discusses the challenges around data accuracy in such detail that it is highly persuasive that the whole thing will be a failure. But there has obviously been a decision to carry on regardless. As Rousseau said: ‘It now became the interest of men to appear what they really were not. To be and to seem became two totally different things.’ A Government needs to be seen to be doing something, no matter what the casualties along the way. Never mind the CEO who employs a significant number of young black people in an area of high unemployment and whose data will look awful because most of them are young – hopefully she’ll be persuaded to stay in business despite the public shaming she gets when her data goes public.

And could we pause for a minute and think about the difference between equality of opportunity and equality of outcome? In a free society we want the former and should focus on achieving it. Only a centrally-controlled totalitarian society will achieve the latter. Yet there are whiffs of this aspiration in the report’s opening paragraphs.

Finally, the consultation asks respondents for their views on whether employers should be required to publish ‘action plans’ to address any disparities they find. I wonder if this could be impacted by the ‘gay cake’ case. Can people be forced to participate overtly and actively in political causes they don’t believe in? What does that mean for freedom? And if a company believes simply in employing the best person for the job would that be an allowable action plan? Will it be allowable to treat all people as equal? Or will employers need to hide that noble aspiration behind politically-correct-speak to please the Conservative Government?

The Conservative Government needs to reverse out of the quagmire of identity politics. It needs to stop drifting towards soul-destroying micro-managing totalitarian thinking that does more harm than good – harm to real live individual people. Most of all, it needs to go back to caring about equality of opportunity and not equality of outcomes. That’s how government can improve people’s lives, not mess them up.