NewsPaperthe art of publishing
HomeNewsThis is a new Iranian hostage crisis, and Boris isn’t to blame
103

This is a new Iranian hostage crisis, and Boris isn’t to blame 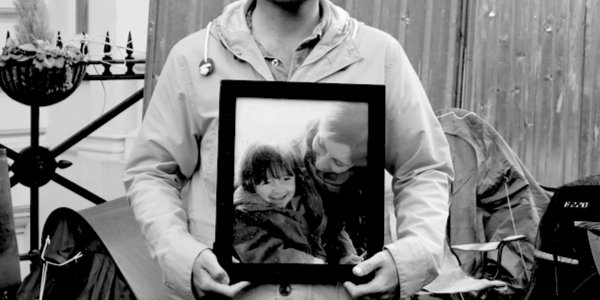 A LOT has been written about the incarceration of Nazanin Zaghari-Ratcliffe by the Iranian authorities. The main reason is that it is a way to attack Boris Johnson, as he is seen as somehow responsible. What the Prime Minister’s detractors do not acknowledge is that Zaghari-Ratcliffe is being held by a theocratic dictatorship that has twisted the law. It is not clear what law she would have broken even if she had been training journalists, as Johnson mistakenly stated. But detail does not matter for the anti-Johnson crowd. The fact that this forms part of their persistent attacks on our new Prime Minister shows how weak their attacks actually are.

What we have here is another Iranian hostage crisis. Younger readers will not remember the original, when Iranian fanatics, including one who went on to be an openly anti-Semitic President of Iran, stormed the US Embassy in Tehran in 1979 in complete violation of the Vienna Diplomatic Convention of 1961. Fifty-two American diplomats and officials were illegally detained for 444 days, being released the very minute that Jimmy Carter left office as American President, for fear of what his successor Ronald Reagan would do. It was this unacceptable act, amongst others, which led the world to look the other way when Saddam Hussein invaded Iran in 1980, an act which was the kind of aggressive war banned by the United Nations. Henry Kissinger summed up global feeling when he stated that it was a pity that both sides couldn’t lose the war since they were as bad as each other.

This new hostage-taking by Iran is cloaked in a facade of judicial procedure. Again this does not matter to the Johnson-haters. They see Boris Johnson as to be blamed in a manner similar to a tribal priest should the Volcano God erupt over the village. Yet there are clear precedents that Iran does not respect international law and diplomacy.

Iran hates the UK as the ‘Little Satan’, holding a grudge for the UK’s interference in Iranian affairs over the last century. During World War II, the UK and the USSR occupied the country. In the 1950s, the UK and the USA toppled the country’s Prime Minister and installed a regime more friendly to our interests. This has to inform the Iranian attitude to the UK, but does not excuse Iranian hostility by the victimisation of a holder of a British passport.

The worst aspect of the deterioration of Anglo-Iranian relations is the way that the people now at the top of the Labour Party unquestioningly support a regime to a greater extent than do the Iranian people. Before broadcasts were banned by OfCom, Jeremy Corbyn and numerous other fellow travellers were honoured guests on the Iranian state channel Press TV. Some of them still are. Press TV can still be received in the UK through its YouTube channel, where it peddles barely disguised anti-Semitism. No one mentions that Corbyn’s good offices with the Iranian dictatorship have not led to Nazanin Zaghari-Ratcliffe’s release. If Corbyn could not fly on a mission to try to secure her freedom in the way Edward Heath and Tony Benn tried in 1990 to persuade Saddam Hussein to let go his Western human shields, then it is likely it is not possible. Corbyn could reasonably claim some political credit for trying even if he failed, but has not even considered this. When Boris Johnson went to the back benches, his successor Jeremy Hunt could not secure her release. Her incarceration is not Johnson’s fault.

It is possible that Nazanin Zaghari-Ratcliffe might be released only when Boris Johnson ceases to be Prime Minister, in a timing similar to when Jimmy Carter stepped down on January 20, 1981. However responsibility for her illegal imprisonment rests with an Iranian regime that is a sponsor of international terrorism abroad and state terror at home. The people who attack Boris Johnson seem to believe that a theocratic dictatorship that uses hostage-taking as foreign policy and the public execution of homosexuals as domestic policy will act in a reasonable fashion. The despicable acts of the Iranian regime are never pointed out when the Johnson-haters are interviewed. This says far too much about our broadcasters, or perhaps the influence that the Foreign Office had over them on this issue.

An evil foreign regime is behaving in an evil fashion. Boris Johnson is not to blame for this. By attacking the Prime Minister, his attackers are actually condoning evil by failing to recognise it for political reasons.