NewsPaperthe art of publishing
HomeCOVID-19This is government by bullying
267

This is government by bullying

THERE has scarcely been a moment in modern times when our society was more divided. Divisions occurred – over economic policy, the euro, the legality of foreign interventions – but they were always resolved by the ‘bloodless battles’ of a General Election. Now, however, we seem to be riven by irreconcilable differences. Remainers and leavers, mask-wearers and lockdown sceptics, believers in state superintendence and believers in personal responsibility engage in a perennial struggle that seems neither to start nor to finish with the ordinary political process.

Until today those differences might have been ascribed to the dictates of conscience; and while matters of policy might be settled by an election, matters of private scruple would nevertheless be respected. We could agree to disagree.

The recent pandemic, however, brought to the surface all the latent pressures on social co-operation. All the talk of a ‘new normal’ has produced no new ideas, but it has exacerbated the division that existed between two old worldviews. One can be classified as socialist, or the belief that individuals are products of their societies and that virtuous people can be manufactured by a properly ordered state; the other as Judaeo-Christian, that the individual is possessed of innate moral agency that allows anyone to be virtuous and, moreover, that it is the right and duty of every individual to exercise that power for themselves.

The conflict between these two ideas of virtue informs almost all our contemporary politics. Can conscience be manufactured and yet retain its value? Can it be imposed from without and still be called conscience? Each time we see a political conflict brewing, two fundamental assumptions appear under different guises, namely, that the individual cannot be trusted to exercise his own judgement and, conversely, that he can and must be. Now there is a crisis in which terror of death has granted to those who favour state control a population more willing than any previous generation to surrender their individual judgement to the judgement of an elite. The scales have tipped, perhaps irrevocably, against the principle of a free conscience.

In consequence, we find ‘conscience’ increasingly treated as a luxury, a bourgeois affectation. Freedom to dissent no longer applies when the good of the society has been deemed to outweigh the right of the individual to live their life in their own way. We can see this most prominently in the mask mandate. Defenders of this position maintain not that those who refuse to don a mask are harming themselves, but that they are inflicting harm on others. How callous must you be not to wear one?

It is not a new formulation. Indeed, it has been heard in almost every debate of consequence for the last three decades. In arguments on environmental policy, for instance, we hear that derelict distortion of Pascal’s wager: what if we are right? We cannot afford to delay, or we will cause preventable harm to future generations. Wherever harm can be attributed, however nebulous, we hear those words: ‘what if?’ There is no need to quantify the risk; no one may ask: ‘to whom?’ Only the collective conscience counts.

Under such circumstances, any who would retain their moral and intellectual independence will find no protection in law, as they have been accustomed to do. So, divisions previously hidden in our day-to-day dealings with each other can express themselves only by open hostility. The dissenter is left nowhere to hide, but must conform, or fight back with now illicit acts of defiance. But, worse than the situation, is the government’s role in it.

The government, realising the serious consequences both to lives and livelihoods of their lockdown policies, had a choice: apologise and change course, or carry on as if everything they had done was perfectly correct. They chose the latter. Their three-week lockdown has lasted, in one form or another, for six months; almost daily, new duties and regulations emanate from ministers who no longer need to refer their decisions to Parliament; new laws, not debated or scrutinised, provide powers unheard of in modern times.

Either because they believe it is for a ‘good cause’ or because they fear the electoral consequences of their recent failings, the government have sought to exacerbate the existing divisions. They have purposefully created identifiable groups and sought to blame them for their own failures, people who refuse to wear masks being the most egregious example. Outsiders, dangerous and irresponsible, not the government, are to be held responsible for policies that ‘must’ follow from the spread of ‘the virus’. Even the Commissioner of the Metropolitan Police participated, urging members of the public to ‘shame’ nonconformists.

In the end, why they are doing it makes little difference to its effect. Those who object to the government’s actions are identifiably marked; and by fixing them as the source of danger, the government have created a hostile environment for their opponents. Any who speak against them may expect to be dismissed as unhelpful and tarred with the most abhorrent of motives. Young people are ‘selfish’, we are told, because they want to live and not simply exist; ‘don’t kill granny!’ shouts the billboard demanding we wear masks; ‘conspiracy theorists and anti-vaxxers’, cry the press, for who else would be opposed to ‘saving lives’? It is nothing other than a deliberate and shameful attempt by a haughty government to bully the electorate.

Freedom of conscience, finally secured in principle, if not in fact, during the Glorious Revolution of 1688, has been replaced by an elite who consider themselves morally and intellectually superior. Such rulers might do much that lesser mortals would call ‘evil’ to achieve their noble ends.

Their purpose is to coerce support, a means of political survival unheard of in this country for over two hundred years. Allied to these cynical motivations are those attached to the socialist worldview.

Indeed, what we are seeing today is the perfect storm of motivations. A large body who believe, and have always believed, that human flaws can be erased by social organisation have combined with a government cynically trying to avoid owning up to its mistakes and a press addicted to sensationalism. Never was Burke’s adage more needed: ‘When bad men combine, the good must associate.’ 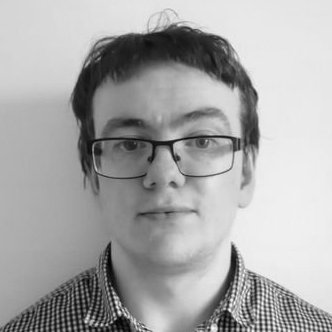