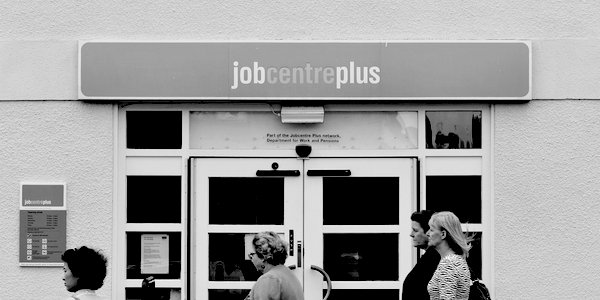 This week we’ve been republishing a series of articles by Laura Perrins that argue for a radically different social conservative frame of reference to reverse the social disintegration and dispossession in our society – and welfare dependence – unleashed by 40 years of Left-liberal/feminist state interventionism.  This article was first published on November 14, 2018.

THE Times asks: ‘With children’s lives blighted by hunger and violence and food banks unable to cope, is this really the society we want?’

No, it isn’t – but it is the society a lot of conservatives warned we would get if the great and good continued to dismantle the family, throw open Britain’s borders to the poor of Eastern Europe and set up a byzantine and gargantuan welfare state that stripped people of their humanity and trapped them in poverty. You were warned, so don’t look so surprised when the utopia you were promised never arrived.

The Times sent Rachel Sylvester and the other head girl, Alice Thomson, on their unicorns around Britain to report back on the poorest in our society. I say unicorns because the pair seemed as shocked as if they had met a couple of fairies dancing with some leprechauns to find that all is not well in Britannia. I could have told them that and saved them their train fares.

But the head girls live in a wonderful world where all can be solved by – you guessed it – The Government. More and more government: if only the evil wicked Tories would get their act together and forget or stop Brexit and pour ever-larger sums of taxpayers’ money into the bottomless pit that is the welfare state.

Like our old friend Helen Lovejoy in The Simpsons, Rachel started with children. Will someone please think about the children, she said. ‘It’s the children who stick most vividly in my mind. There was ten-year-old Daniel, who calmly described how he had been homeless. It was frightening, he said, and he was often hungry because the only food he got was at school. Luke was 16 and studying for his GCSEs. He spent every night at the library because there was no internet connection in the dangerous and drug-infested industrial estate where he had been housed by the council.

‘Capone had recently been caught with six knives, including a machete, when I met him; excluded from school, the 14-year-old had been lured into joining a gang and, as one of the youngest members, put in charge of carrying the weapons.’

One would be forgiven for thinking poor Daniel, Luke and Capone were hatched from eggs or cloned, as there is no mention of their parents. No mention of a mother or father or grandparent or aunt or uncle who you might think have responsibility for their children before we start pointing fingers at – The Government. I’m not saying the parents may not have fallen on hard times – I’m sure they have – but it would have been nice to have been told about it. In fairness, the challenges facing some parents were covered in the investigation as a whole, but there were never too many probing questions as to just how things got as bad as this.

Either way, we know whose fault it is: The Government. Sylvester again: ‘The government is doing so little to tackle the deep social problems that are spilling out on to the streets in violence and destitution.’ It isn’t just the welfare cuts that are the problem: ‘Domestic violence, substance abuse, mental health problems and debt are prevalent in often chaotic families. Children, lacking boundaries and affection, look for an alternative source of stability in gangs.’

In fact, the whole place is going to hell in a handcart between the knife crime, ‘the rail network is in chaos, planning reform has stalled and the social care shortfall’. I’ll say – add to that the deficit, the debt, the unreformed and insatiable NHS, the university sector bust that is just around the corner and you would be forgiven for thinking the Times and The Conservative Woman were in agreement on one thing, namely the misery of it all.

Rachel was not to be outdone in her righteous indignation: ‘For the Conservative Party, it is politically toxic to be seen to ignore the poorest in society; for the vicar’s daughter in No 10 it should be morally repugnant that Daniel, Luke and Capone are growing up as they are in the country that she runs.’ You see – it’s all the fault of the vicar’s daughter who if she could just wave her magic government wand could make all the family dysfunction, the poverty and the knife crime disappear. Hell, she might even make the trains run on time. But the Prime Minister won’t probably because she is ‘nasty’.

No, I’ll tell you what is morally repugnant. It is morally repugnant to set up a welfare system that funds dysfunction, breeds irresponsibility and generates total dependence on the state. It is true to say we are our brother’s keeper, and should a fellow citizen need support it should be provided by the family, or community, or Church charity or indeed the welfare state, preferably in that order.

The current welfare system goes far beyond providing a safety net – I have no doubt that it traps people in dysfunction. It is not the waste of money that bothers me (although that is substantial with much of the state-sanctioned charity being creamed off by the administrators who must administer that entire nightmare scheme), it is the sheer waste of humanity that should outrage us the most. The fact that millions of our fellow citizens turn their backs on responsible lives because their dependence on the state is so great is perhaps the ‘burning injustice’ that should outrage us all.

I’ll tell you what else is morally repugnant – opening the border and importing millions of the poorest of Eastern Europeans who through no fault of their own and wanting a better life came to Britain; some at least will have added to the poverty already here.

They will have also suppressed the wages for the working poor we already have. That was bad enough, but then to act surprised when you see the results of mass immigration all around you – depressed wages, a shortage of housing, a stretched healthcare and education system – is even worse.

So put away your smelling salts, ladies; I doubt if things are going to get much better in the near future. The changes to the economy, the culture and society as a whole have been so profound and so radical that generating any type of serious reform will be incredibly difficult. This is why Corbyn is such an attractive prospect to so many, just in case you thought things cannot get any worse. They can.