This poetic injustice to pupils must stop 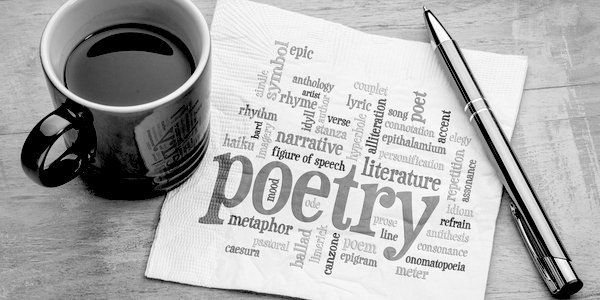 THE decision by Ofqual to allow schools to stop teaching GCSE poetry is yet another indictment of how substandard and dumbed down the curriculum has become.

Add the fact that whatever literature is left is deconstructed in terms of neo-Marxist-inspired critical theory and postmodernism and it’s understandable why so many students are leaving school culturally impoverished and morally adrift.

Percy Bysshe Shelley in his essay A Defence of Poetry distinguishes between two modes of what he describes as mental action – reason and the imagination. While science embodies rationality and reason, it is poetry that stimulates and enriches the spirit and imagination.

Shelley writes: ‘It awakens and enlarges the mind itself by rendering it the reception of a thousand unapprehended combinations of thought. Poetry lifts the veil from the hidden beauty of the world, and makes familiar objects be as if they are not familiar.’

William Blake also suggests poetry provides a unique way of understanding the world when arguing that poetry, by igniting the imagination, cleanses the doors of perception. He writes: ‘He who sees the Infinite in all things sees God. He who sees the Ratio only, sees himself only.’

Empiricism and reason are essential, but equally important is what Blake describes as the ability to see beneath and beyond the surface of things and to comprehend a deeper, more spiritual and lasting reality that surrounds us all.

To see a World in a Grain of Sand

And a Heaven in a Wild Flower,

Hold Infinity in the palm of your hand

And Eternity in an hour.

Poetry also illuminates and reveals what it means to be human and to exist in an imperfect world in which we strive for meaning and fulfilment.  Alexander Pope when describing the human condition writes:

Created half to rise, and half to fall;

Great lord of all things, yet a prey to all;

The glory, jest, and riddle of the world!

Shelley sees poetry as inherently moral on the basis that ‘a man, to be greatly good, must imagine intensely and comprehensively; he must put himself in the place of another and of many others’.

Poetry, by enlivening the imagination, encourages readers to move outside themselves and to empathise and better understand other people and what we hold in common.

Unlike language that is practical and utilitarian, poetry, as suggested by Samuel Taylor Coleridge, involves a ‘willing suspension of disbelief’. Great poets are able to shape and fashion language in such a way as to transport readers to worlds beyond their physical location and to experience thoughts and emotions beyond their immediate experience.

Regardless of your time and place, it’s possible to join Chaucer’s pilgrims on their journey, to follow the travails of King Arthur and the Knights of the Round Table and to understand the profound, lasting impact of the birth of Jesus as described by T S Eliot in The Journey of the Magi.

It’s also true – contrary to the prevailing educational orthodoxy which says learning must be immediately useful, relevant and engaging – that poetry, while often not fully understood when first encountered, has the ability to resurface years later, when it appears so meaningful and relevant that you wonder why you ever doubted its authenticity, as Henry Getley told on TCW earlier this week.

Reading a poem is nothing like following an IKEA manual, where language is employed in a practical and utilitarian way. Poetry is unique as it employs language in a rich and evocative way, involving alliteration, assonance, rhythm and rhyme. Such is the lyrical nature of poetry that it trains the ear to appreciate the musical quality of language – something sadly lacking in what now passes as acceptable prose in the mainstream media.

There’s no doubt we are living in an increasingly materialistic, self-centred and narcissistic age, where so many appear ego-driven and incapable of empathising with others. As such, it’s vital poetry is central throughout all the years of schooling.

The encounter should begin with nursery rhymes and nonsense verse before moving on to children’s poems and the more established poetry that has stood the test of time, is well-crafted and says something profound about human nature and the world in which we live.

Share
Facebook
Twitter
WhatsApp
Email
Previous articleMea culprit: BBC is hoist by its own wokeness over N-word apology
Next articleToday’s hot topic: How to break the stranglehold of the teaching unions