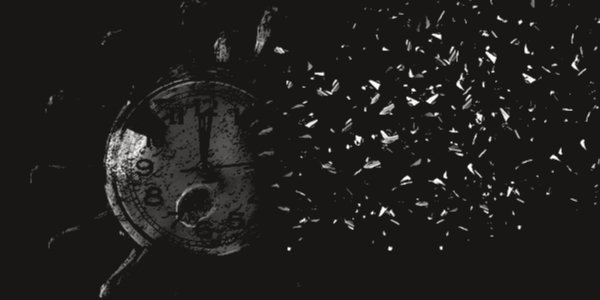 FEELING decidedly irritated by all the ‘Johnny come latelies’ to the scene scrambling to explain that lockdown didn’t work after all and oh dear, it has cost rather a lot, and by those commentators in the MSM who would have us believe this evidence has only just come to light or are virtuously positioning themselves to be on the right side of history, I checked back on our TCW reports and warnings of a year ago.

It was Frazer Nelson’s ingenuous article in the Telegraph asking ‘Was Sweden right all along?’ that sparked my anger (the sheer cheek of it!) and prompted the idea of a new weekly feature, This Time Last Year on TCW.

Exactly 12 months ago we were not only warning of abusive child testing for Covid and describing the horror that lockdown was driving through the nation’s soul, but we also specifically reported how our government’s panic-stricken response to Covid-19 was proving deadlier than Sweden’s. We highlighted a significant Ivor Cummins Viral Reality Update in which, comparing us with Sweden, he showed blow by blow how disastrous abandoning Western science in favour of the Chinese lockdown sledgehammer had been. And that was apart from the collateral damage. His film appears to have been censored since then.

Also amongst our output that week was PETER LLOYD’s damningly detailed analysis of a tragic year of lockdown lunacy, of the Covid toll versus lockdown damage. It should have set the MSM going. It should have alerted the Government. Shamefully it was ignored.  The MSM did not want to know. To all our cost.

We publish it in full here. Below it we list our other significant publications of that week a year ago, and will do so for every week from hereon. What we were saying then, almost alone, others are waking up to now.

THE Sars-CoV-2 infection and Covid-19 disease data are in for 2020, and they are disastrous for governments, policymakers and pseudo-scientific modellers across the world who promoted and implemented the lockdown measures, and for their cheerleaders in the mainstream media whose purpose was to generate fear.

Together they were astonishingly successful in scaring their national populations to the bone, and the effect of that has been dire for the health and economic wellbeing of many nations.

Deaths are not the only measure of Covid-19’s damaging effect – arguably, hospitalisations which reflect the number of very serious cases are better.

Nevertheless, death is most people’s greatest fear in an epidemic and the mortality rates in the bar chart from the Office for National Statistics (below), show that 2020 was marginally the highest of the last five years, but pretty much in line with the 20-year average.

The 2020 outcome was inflated by the low mortality of the previous year, meaning that an average of 2019 and 2020 mortality puts the figures in line with the last ten years.

Of course, many more of the deaths were Covid-19 related, either of or with the disease, as shown in the chart below from Public Health England (PHE).

But are cancer and heart disease deaths somehow better than those from Covid-19? Surely, they must rank the same.

Covid-19 was the principal source of respiratory deaths in the very elderly, many of whom succumb to seasonal flu each year and might well have done in 2020 had the Covid measures not been in place.

But no one suggests that the country should be locked down and society destroyed for the roughly 20,000 flu deaths each year. The PHE chart also shows that the current winter death totals are not unusual compared to the last five years.

What is also clear from PHE is that the intensity of the first spike in March and April was exceptional and that the autumn and winter lockdowns are not justified in hindsight.

A further implication is that the NHS had learned to treat the disease more effectively by the autumn, something rarely acknowledged, and which would have reduced the panic if more widely known. Instead, fear was ramped up about ‘mutations’ and new variants as though these were abnormal.

The table below shows most starkly the pointlessness of winter lockdowns. The red bars are deaths per million for US states without lockdowns and the blue bars are states with lockdowns. There is no material difference, although the five worst states in terms of winter deaths all had lockdown.

Like other countries in Europe, the overall death rate per 100,000 of population in the US is the same in 2020 (and up to February 2021) as in the previous three years and not markedly different from any of the previous ten years, according to the US’s health protection agency, the Centers for Disease Control (CDC). See the table below.

It’s clear that the poster child for no lockdown, Sweden, had a similar pattern of deaths per 100,000 to the UK, but with the UK’s figures being noticeably worse at the peaks of both 2020 and the winter of 2021 to date, suggesting that lockdowns may be making matters worse, if anything.

There is also no difference between Sweden’s deaths per million and those of the EU as a whole.

If the lockdowns were merely no help at all, as the above data has suggested, then they might be tolerable. But even before they were implemented, it was obvious that they would be immensely damaging, and so it has proved, although much of the damage has yet to be felt.

The table below has the statistics which are the terrifying precursor for future excess deaths and serious illnesses, derived from health authorities and specialist disease-monitoring organisations.

A just-published Financial Lives Survey (FLS) from the Financial Conduct Authority shows over a quarter of UK adults with ‘low financial resilience’. This figure is up 15 per cent since the FCA completed its FLS in February 2020, when 24million displayed ‘characteristics of vulnerability’. This is tragic for so many individuals and families.

The self-reported position of so many individuals charted below should cause great concern and embarrassment to the Government, which instigated the measures which have caused them.

As has been widely reported and is now evident in the just-released fourth quarter UK Gross Domestic Product figures, there has been a fall in economic activity that is unprecedented in modern times, due to the panic induced by the authorities and the subsequent restrictions and lockdowns.

The full effect of this is yet to be felt, as the furlough programme and soft loans to businesses are still in place. They will have to unwind at some point.

Perhaps the least talked-about effect of the lockdowns, because of the obsession with the virus and domestic measures, is the scale of the impact of the pandemic, but primarily the restrictive measures and lockdowns, on global poverty.

The World Bank says the Covid-19 pandemic is estimated to have pushed an additional 88million to 115million people into extreme poverty in 2020, with the total rising to as many as 150million by 2021, depending on the severity of the economic contraction.

What dreadful policy outcomes these are – and so many of them could have been avoided or mitigated. It is no wonder that the UK government has always refused to make a meaningful impact assessment of its own lockdown measures.

Who’s to blame for hospital Covid infections? Not our sainted NHS! – Gary Oliver

A passport to tyranny– Richard Nurse

The horror driven through our nation’s soul – Nicholas Orlando