NewsPaperthe art of publishing
HomeNewsThis transgender drama does no one any favours – least of all...
88 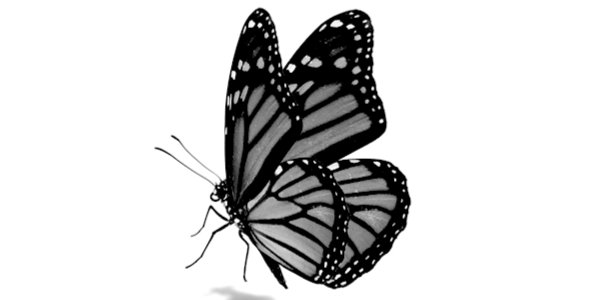 Who’d have thought that feminism would finally eat itself by way of a movement called transgenderism? Who in their wildest dreams could have foreseen that what would really do for the sisterhood was a theory that any man could become a woman and any boy could become a girl? And as if that were not strange enough, that the whole thing would ironically be played out against a background of pinkness. Sugar and spice and all things nice. Talk about eating itself. Anybody for cake?

Last weekend saw the first episode on ITV of Butterfly, a three-part drama about the impact upon the family when 11-year-old Max decides to become Maxine. The opening titles showed us a bedroom where there were beaded bracelets, nail varnish bottles, lipsticks, hairslides. Oh, and gorgeous pink feather boas hanging up on his/her/their wall. It was a riot of unabashed girliness and prettiness. Essentially, all the stereotyping tropes of so-called femininity that many of us were happy to see consigned to history.

Before long, the young man was asking his big sister what it was like to menstruate and playing football with the extravagantly hirsute dad who was determined to have that proper father-son relationship in spite of the lad’s apparent aversion to the beautiful game. Next up was a scene in an aquarium where an empathic mermaid (doubtless a reference to the controversial trans activism support group Mermaids, whose chief executive was a consultant on the serial) swam up to Max as he pressed his nose against the glass and blew him a kiss.

Sisterhood is necessarily a good thing in all modern stories. That’s why Max’s big sister was an all-round good egg, providing unfailing support in the gender dysphoria we learn he has had since he was five. It was she who urged that he contradict people who misgendered him, who squared up to put a flea in the ears of bullies, who said she regarded him as her sister and not brother, who invited him to join her own friends in the line-up of the secondary school dance troupe, and she who eventually brought him downstairs one morning dressed for school in a girl’s rather than a boy’s uniform. So far so good. This is a young woman who, after all, is part of Generation Z/iGen and thus tolerant, accepting, non-judgemental. Yet it cannot be controversial or anything other than truthful to say that families dealing with psychological problems and mental health issues are families with difficulties, struggles, shadows.

This is not just about the malevolent binary nature of wider society. It is not just about making us all accept the notion of gender fluidity. It is because for most people (yes, the silent majority), sex-change is a profoundly disorientating phenomenon. It is a thing. That is not transphobia, but a way of articulating a difficulty in comprehending something. Many of us nowadays know or know of a young person transitioning and it is no understatement to say there is unimaginable upset, trauma, that emotional pain of loss. Grief, I suppose, must be the word as regards parents and siblings. For the gender dysphoric child or young person, one’s heart can only go out, whether one advocates strictly psychological therapy in the early years or the drastic path of puberty blocking.

To be fair to the first episode, the drama is powerfully acted and does capture the awful turmoil: from the mother’s guilt that perhaps she didn’t ‘do’ pregnancy properly (insufficient testosterone?), the father’s loss of control into violence, the sceptical grandmother’s exasperated observation that everyone has got to be ‘different’ nowadays, to the grandfather’s breezily warm attempt to be helpful by suggesting that the boy is simply gay. Time was when the sexuality of 11-year-olds wasn’t a thing, but unhappily now maybe it is, given the context of decisions about hormonal overhaul in growing numbers of youngsters.

The controversy that brought the story to the news pages concerned a grislier moment.  Max is discovered in his bedroom covered in blood after a suicide attempt and the scene is shocking. The NHS Gender Identity Development Service has criticised the drama for this, saying it is ‘not helpful’, and claiming that it ‘would be very unusual’ for such a young child to attempt suicide. It released figures to show that of the 5,000 young patients referred to it in 2016-2017, there were three suicides and four attempted suicides, less than 1 per cent. GIDS said the drama had struggled to convey the ‘complexity’ of the clinic’s work, and it seems a brief collaboration between the clinic and programme-makers ceased. Michael Biggs, associate professor of sociology at Oxford, said that it was ‘highly irresponsible for Mermaids to try to mobilise these tragedies for the purposes of their political agenda.’ It certainly is.

Susie Green, chief executive of Mermaids, argues that large numbers of trans children are suicidal because GIDS does not treat them properly. Presumably she means that it doesn’t go down the path of surgery for those in their mid-teens (Green took her own son for sex-change surgery in Thailand when he was 16). She cites a Stonewall survey from a couple of years ago, where apparently almost half of 594 trans young people surveyed had attempted to take their lives. For its part, ITV’s defence was straightforward: ‘Butterfly is one family’s fictional story.’ True enough, but in the context of the groundswell of activism and propaganda from the transgender movement, viewers need to be alert to having a certain narrative foisted upon them. In this instance, about the risk of 11-year-olds trying to kill themselves.

Butterfly is a sneakily clever title too. The image is of something beautiful, transformed from something plain. The transformation in the natural world into a butterfly, however, is an easy and wholly natural process. Not so when it comes to a boy changing into a girl. Whatever that mermaid in the fishtank might have been suggesting with her wink.