This unique chance to seize back our fishing waters 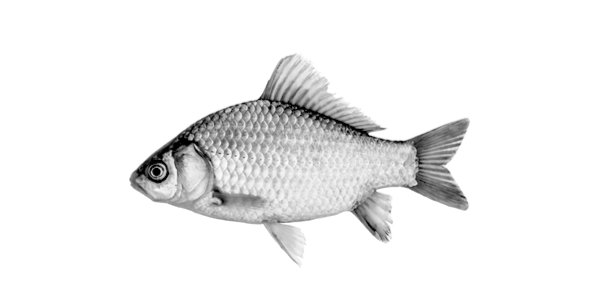 Boris Johnson has promised to revitalise rundown coastal towns and has pledged to take back control of British fisheries from the EU. Here, John Ashworth of Fishing for Leave explains why these policies are so important.

Whenever you raise the issue of fishing during any debate on Brexit, someone will always make the point that the industry is worth less than 1 per cent of GDP. They forget that we give a lot of marine resource away, free of charge. They also fail to acknowledge the importance of this resource to coastal communities. It is not just about a few fishing vessels, but all the other industries which fishing brings in, including recreational fishing and tourism.

Fishing has been an important issue throughout the history of the European Union. Iceland and Norway have never joined the EU due to fishing, Greenland left the then EEC due to fishing, and the Faeroes stayed independent for the same reason. To link up with Greenland, Iceland, the Faeroes and Norway would create a strategic geographical alliance of non-EU nations which would dominate the North Atlantic and create some exciting trading opportunities. Of course, such a success story would not be welcome in some quarters, hence the pressure to keep the UK in the EU.

On taking office as Prime Minister, Boris Johnson said he would energise the United Kingdom. One way of doing this which would be both hugely beneficial and environmentally rewarding is for the UK – abiding by International law – again to manage our nation’s Exclusive Economic Zone (EEZ) of 200 nautical miles/median line zone and doing so in a far superior way to the Common Fisheries Policy. This would benefit the living marine resource and our coastal communities and if we moved away from quotas to an effort-based system, it would place the UK as a world leader in this field.

It is an accepted fact that many of the most deprived areas of the UK are our coastal communities. According to a 2017 report by the Social Market Foundation, they are among the worst-ranked across a range of economic and social indicators, including earnings, employment, health and education.

The Government has already recognised this and is helping coastal communities to flourish while seeking to strengthen their appeal as places to live, work and visit via its Coastal Communities Fund,  but regaining control of our fisheries is crucial.

The position of Scotland

In reply to the SNP leader in the House of Commons Ian Blackford MP, Boris Johnson, less than 24 hours after taking office as Prime Minister asked searchingly: ‘Is it really their commitment to hand back control of Scottish fisheries to Brussels, just after this country – this great United Kingdom – has taken back that fantastic resource? Is that really the policy of the Scottish Nationalist party?’

The Scottish Exclusive Economic Zone is nearly six times the size of the land mass, 170,480 sq miles to 30,405 sq miles. It is the right by International Law that the resource of that zone should provide high living standards to the coastal communities to ensure that the young have an incentive to remain in some of the most beautiful parts of the Union, rather than what the SNP intends to carry out – a clearance of those communities.

Let us be clear. Were Scotland to break away from our Union to join the other Union, it would mean handing back those 170,480 square miles, right up to the low water mark, to the European Union, to be shared equally and without discrimination with every other EU member state, resulting in more Scottish vessels being scrapped. Neither is there any guarantee that the current 12-mile limit would be retained, as that is only allowed as a temporary derogation from the accession treaty terms, and could easily revert to the original three-nautical mile limit. This is the future which the SNP is offering – a reduction in employment opportunities by shrinking Scotland. What a pessimistic outlook and a dreadful example of lack of belief in your own country!

It was extremely disappointing to find that the Withdrawal Agreement stipulated that throughout the duration of the transitional period, the UK would continue operating within the Common Fisheries Policy (CFP). It is not surprising, however, as the agreement, although widely referred to as ‘Mrs May’s deal’ was prepared and written by the EU. The UK should never have accepted those terms, especially as by so doing, it has made it difficult to move on to a beneficial trade deal as the EU will expect the continuation of the access terms to the EEZ as in the Withdrawal Agreement – in other words, a permanent continuation of the disastrous CFP in UK waters.

Hopefully with a change of Prime Minister, the Withdrawal Agreement can be regarded as dead, and on 31 October, when the UK is no longer an EU member, we will then become a ‘third country’.

It ought to be an exciting and challenging time for the Department for Environment, Food & Rural Affairs. For the first time in over 45 years the Department will be in full control of one of the finest marine resources in the world.

Whatever the outcome of Brexit, the UK, along with two of the EFTA members, Iceland and Norway, will have to sit down and with the EU and Faeroe Islands agree joint stocks for the mutual benefit of everyone on an annual basis. If Brexit turns nasty, such as a move by EU fishermen to take matters into their own hands and fish illegally in the UK’s EEZ, these negotiations could help secure some kind of reconciliation.

However, the negotiations will be very different once the UK becomes independent. It is up to us to determine how much access to our resource the EU will be allowed. This is a very different ball game from CFP negotiations. What is not understood is that the CFP is a tool to facilitate the EU’s final objective of total integration. As soon as you become a member of the EU, you have to hand your country’s EEZ to the EU and it becomes part of EU waters. Conversely, as soon as you leave the EU those waters are returned to national parliamentary control, who established the EEZ in the first place, and managed under the guidelines of International law – UNCLOS 3.

It could be said that for 47 years the UK government, as a member of the EEC/EU, has loaned UK waters to the EU. Now, on termination of membership, those waters are returned to the original owners. It is extraordinary how many misguidedly believe think that on leaving the EU, the leaving nation has somehow to take further action to re-establish ownership. That is not the case. The EEZ will revert automatically to control by Westminster the moment we leave. This will not please all MPs, who realise the responsibility for management of the UK’s EEZ is now in their hands and therefore, their actions will be judged by the electorate. Equally misguided is the belief by some EEC nationals who have been helping themselves to our national resource and seem to think their right to do so will continue for ever. They are mistaken.

Coastal Conservative MPs in particular should be highlighting this once-in-a-lifetime opportunity. There are real benefits for their constituents in leaving the EU. If latch on to this, they can help ensure that this unhappy episode in our nation’s history is finally brought to an end. Our new Prime Minster has struck an upbeat tone. As he leads, MPs who represent coastal communities should be his most vigorous supporters.