This unjust war on petrol and diesel drivers 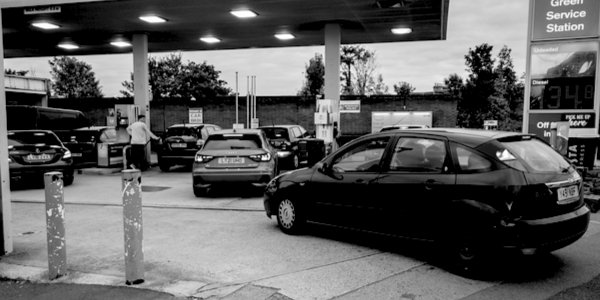 READERS of TCW might be forgiven if they thought my article a week ago on the revamped Highway Code was about the government’s persistent war on drivers. Maybe if I’d seen the following story I would have been more specific and said that the war isn’t on all drivers. Only those using petrol or  diesel.

According to the BBC: ‘The UK needs to create a new motoring tax to plug the revenue gap as drivers switch to electric cars, MPs have said. The government should tax motorists based on miles travelled as the use of petrol and diesel vehicles decreases, the Transport Select Committee said. If no action is taken this year, the UK faces a £35bn “black hole” in its finances, they said.’

I should add that the Transport Select Committee didn’t invent this new form of tax. This gem came from Tony Blair’s Institute for Global Change last year, when it was slammed as ‘idiotic’.

It comes as no surprise that this Blue Labour government are taking policy ideas from the odious Blair, and it’s also no surprise that they continue to hammer the taxpayer for their ridiculous agendas. Over the last few months, we’ve seen national insurance payments go up. From April, we’ll be looking at a rise in energy prices which will push the cost of living through the roof. Now, it seems MPs are kicking around the idea of taxing petrol and diesel drivers further by increasing our costs to pay for a future black hole they created. Meanwhile MPs remain comfortable, especially when you consider that in the same month energy bills rise, their salaries will too. While the poor are made poorer, the wealthy ensure that they are not affected.

The idea behind this tax is that as petrol and diesel drivers switch to electric, the road tax they would ordinarily pay will be scrapped. They will be paying for a full charge on their electric vehicles at a fraction of the cost of petrol and as John Ellwood ironed out the other day, there are 21 councils across the country offering ‘free’ charges.

The government is telling the majority of drivers across the UK that they will be massively taxed unless they get on board with Net Zero. Not everyone can afford to make the transition from petrol/diesel to electric and some drivers, who cover long distances, will not want the inconvenience of having to charge their cars every single day. The future black hole MPs are concerned about wouldn’t exist if electric vehicle owners were taxed for road use in the same way everyone else is, and I still can’t believe that when exemptions for EV drivers came in, there wasn’t more of a stink kicked up about it. After all, they use the roads too. Surface wear isn’t caused by one type of driver, it’s caused by all road users.

Common sense would dictate that all motorists are taxed for road use and there wouldn’t be a financial issue on the horizon but our incumbents appear to be lacking in all reason.