This war on the UK (helped by Whitehall saboteurs) 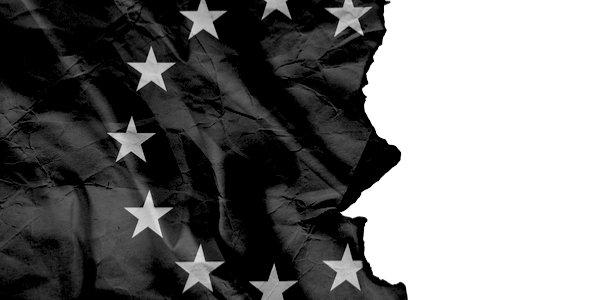 TWO years after the 2016 EU membership referendum, Telegraph columnist Juliet Samuel wrote, as a Remainer, that ‘the conduct of the EU cabal has been an outrage’. She concluded her penetrating article by asking whether the EU ‘is a voluntary association of democracies or a gang of states who boycott any nation that decides to leave’, setting out the implicit threat of its negotiating position: ‘Either surrender land, or we cut off planes, food, medicines, electricity and so on. In the good old days, such a threat would be considered an act of war.’ How lucky it is then, she said with some irony, that the EU is ‘a peace project’. In the article she also reminded the reader of the brutal treatment meted out to Greece by the EU; a thoroughgoing degradation and misappropriation of that nation was also akin to an act of war against a foe, not a fellow member of a peaceful union.

Samuel’s 2018 verdict has been totally vindicated by the EU’s continuing strategic aggression towards the UK. Since December 31, 2020, when the transition period formally ended, the EU has waged war without fighting, and very successfully from its perspective. It has cut the UK from the use of Galileo, the satellite system built and paid for by the UK. It has attacked the British-based AstraZeneca vaccine manufacturer, defaming the vaccine without evidence as a political attack, invading an AZ factory in the Netherlands to seize intellectual property and suing AZ for failing to deliver doses which the contract did not specify. The EU has even stooped to import vaccines from South Africa, to the horror of the WHO, such is its ruthless Realpolitik.

The EU’s triggering of Article 16 of the Northern Ireland Protocol to stop vaccines moving from Eire to NI is one of the clearest signs of EU bad faith, even malice, in this campaign. The EU politicised Covid against the UK, a quite appalling conspiracy of the most immoral kind.

‘Our friends and allies’ continue their war by seeking to expel the UK from the Lugano Treaty for absolutely no reason other than to harm the UK, as a Spanish lawyer remarked.

The truth is that the major western powers, including the US, have been waging war against the UK, trying to weaken it, turn it into a trade colony, and even deconstruct this major power whose record has been to uphold liberal democracy against the Nazis and the Soviets and to be the staunchest possible ally of the US and a key member of Nato. Today’s geopolitical catastrophe of American humiliation and EU crisis makes this continuing attack on the UK look simply mad, and wonderful news for China and Russia. But there can be no doubt that war without fighting has been precisely what the EU, helped by President Biden, has been implementing, aided and abetted by a deeply seditious British civil service and an establishment refusing to accept a confirmed democratic referendum vote.

Sun Tzu’s sixth dictum on the art of war is to ‘break enemy’s resistance without fighting’, which is precisely what the EU did to Theresa May with her absurd assumption that she was dealing with ‘friends and allies’. His seventeenth dictum provides a devastating critique of the UK’s response to the ferocious attacks launched at it: ‘Strategy without tactics is the slowest route to victory. Tactics without strategy is the noise before defeat.’ The UK has never had any coherent strategy in dealing with the EU’s vicious approach to the UK after the Brexit vote. At best it did some tactical dancing, such as the empty threat of a no deal exit without preparations for it. The EU strategy was plain: to detach Northern Ireland from the UK under the pretext of the single market, refusing the obvious digital border systems available for the Eire/NI customs arrangements. The Good Friday Agreement was and is imperilled by the EU aggression, and the USA is helping to break down the trust of Unionists in the Province and so regrow the volatile tensions so recently beginning to heal. Again, the geopolitical madness of this focus on weakening the UK at such a time as this beggars belief, but it continues, as Germany cosies up to Russia over the Nordstream 2 gas pipe and the EU is warm towards China.

The EU clearly has digested Sun Tzu’s advice with its specious demands that the UK should solve the NIP crisis, caused by the NIP itself, by adopting all EU regulation – dictum 39 says: ‘Build your opponent a golden bridge to retreat across’.

Finally, and most frighteningly, under dictum 15 we read: ‘He will win whose army is animated by the same spirit throughout all its ranks.’ The power of our remainer/rejoiner civil service and many MPs in the Conservative Party as well as the other parties is likely to prevent Brexit happening rather than a Brino capitulation, however cunningly sold to the electorate. The will to stave off the EU war machine is not there, as seen in Michael Gove’s total lack of no-deal planning despite this being the greatest fear of the EU. And still all we see is some tactical footwork temporarily to obviate the NIP but not remove it. In fact government policy on Brexit is all reversible quite easily; no divergence from EU regulation has been enacted which makes a decisive break. At the time of writing, for example, we read of a further year of EU alignment. Whitehall is doing a great job of passive resistance. Mr Gove behind the scenes continues his work towards a deceptive Brino, and no doubt hopes to take over from PM Johnson as his administration continues to look more and more absurdly incompetent. The international conspiracy against the UK includes the Whitehall and Westminster Remainer saboteurs of real Brexit.

Share
Facebook
Twitter
WhatsApp
Email
Previous articleCovid, a brilliant way of transferring money from the poor to the rich
Next articleDaylight robbery – the state assault on personal wealth