NewsPaperthe art of publishing
HomeKathy GyngellThought Control for the Day
50

Thought Control for the Day 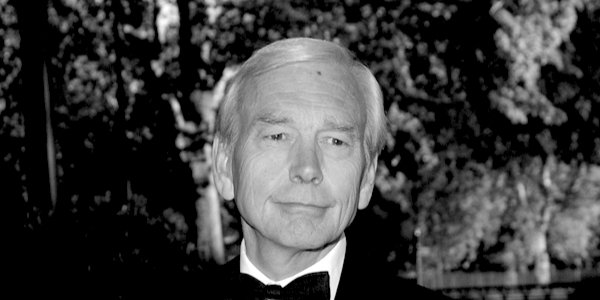 JOHN Humphrys really does have a capacity to get it wrong. Last week the recently retired broadcaster launched a second salvo at the BBC. Not content with castigating it for the Brexit bias to which he was party, he fessed up to his real thoughts about Thought for the Day, the daily Today programme spot he was content to introduce only, er, thousands and thousands of times over his long tenure on the show. In a Radio Times interview he said it was often deeply boring, and later on ITV’s Good Morning Britain he described it as discriminatory and in need of axing.

Maybe it is boring, and maybe it does need axing, but not for the reason that Mr Humphrys, locked in his own Left liberal bubble, gives, which is his belief that people are no longer religious.

No. Why Thought for the Day should be discontinued is the very same reason why Lord Singh, a British journalist and broadcaster, and one of its longest-term contributors (1984-99), has had enough.  His editorial disagreements with the BBC finally culminated in his accusing the BBC of prejudice and intolerance, as Archbishop Cranmer’s blog describes:

‘After years of having his texts tinkered with, Lord Singh has told the BBC where to go . . . The final straw was the BBC’s decision to censor Sikh history in case it might offend Muslims.’

You can read the whole fascinating account of the BBC’s determination to censor Sikh history in case it offends Muslims here.

In a letter to theTimes, Gavin Ashenden, former chaplain to the Queen, highlights the real dangers – that he says their leading article missed – that this leading light of Britain’s Sikh community has signalled with his accusation.

‘The risk is not just of “deeper banality” where there should be provocative stimulus, nor is it adequate to describe it as “political correctness gone mad”. It is more that the BBC has surrendered to a politically correct or progressive culture that pretends to want simply to avoid causing offence.’

The effect of this, he writes, ‘is a wholesale redistribution of power and influence’ reflecting a culture that has no problem causing offence to Christians through an erosion of Christian culture and ethics; nor, it seems to Sikhs. This is a BBC which prefers ‘the victim causes of identity politics and Islam’.

He concludes that ‘Lord Singh’s vital and principled intervention signals the increasing restriction of freedom of speech and thought that the privileges of our culture are predicated on.’

We might add too that it signifies a cultural revolution that the BBC is using its uniquely powerful platform to drive.

What a tragedy that John Humphrys, for all his years of broadcasting journalism, gained no insight into that – this real and present danger.