Thought for today: Labour’s dilemma over Mr Woman on Wednesdays 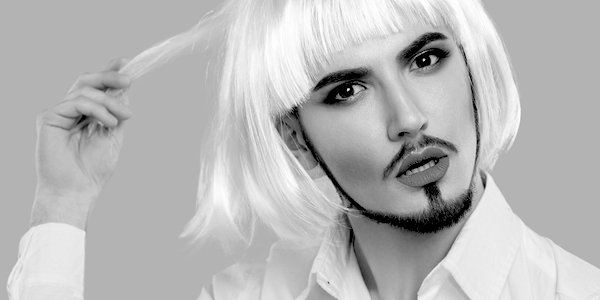 Following the Labour Party’s decision to accept self-identified women on its all-women candidates’ shortlists, David Lewis offered himself as a candidate for the post of women’s officer with Basingstoke Constituency Labour Party, telling the Spectator that he identifies as a woman ‘on Wednesdays, between 6.50am when my alarm goes off and around midnight when I go to bed’.

The Telegraph reports that some feminist activists have raised concerns about self-identification and have tried to bring a legal challenge against the Labour Party, saying that transgender women who do not hold a gender recognition certificate should not be allowed to stand in posts reserved for women.

Mr Lewis says he made his application ‘to inform the [Constituency Labour Party], and maybe some other people, about what this policy means, about what happens when you say that someone’s gender depends only on what they say’.

With a predictable sense of humour failure, Basingstoke CLP promptly responded by suspending Mr Lewis. Having taken this bold reflexive action on behalf of persecuted minorities everywhere, they’re no doubt barricaded in a darkened room, muttering incoherently, walking round in circles and tearing out their hair. This tends to be the unfortunate outcome when a fine idea clashes with reality, when 2 and 2 are found not to equal 5 after all – when the devoted acolytes of the religion of sexual diversity are confronted with the awkward squad.