NewsPaperthe art of publishing
HomeNewsThought for today: Mums is the word
19

Thought for today: Mums is the word 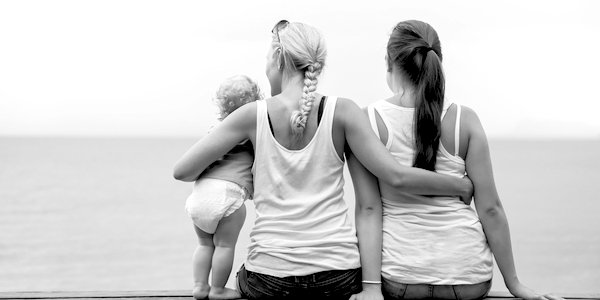 Following the announcement by Scottish Conservative leader Ruth Davidson that she is expecting a baby with her same-sex partner, a correspondent to the Telegraph asks: ‘May we also think of the child, who will be brought into the world with the deliberate consequence of not knowing its biological father during childhood?’

The previous day in the same publication, Melanie Rickey, ‘wife of shopping guru Mary Portas’, says they ‘thought it would be lovely’ if one of Ms Portas’s brothers would help them fulfil their dream of having a family, and that he provided the sperm to create a child via IVF. She states: ‘We’ve been . . . upfront with Horatio from the moment he was old enough to understand. I think he was around 18 months when we told him who his father was, and he sees the man he calls “Daddy” regularly.’

As such Rickey implicitly recognises the natural right every child has to know and have a relationship with their father. However, when it comes to lesbian same-sex parenting this natural right of the child is usually sacrificed and there no knowledge of, let alone relationship, between the child and natural father. But fathers are not mere optional extras for children, and to deny a child this profound relationship should cause concern.

As Ms Rickey says, in recent years ‘the paths to parenthood’ have ‘multiplied’. Although sexual diversity campaigners have sought to distinguish same-sex relationships from heterosexual ones, she maintains: ‘Essentially, we are no different from other families.’ She argues that ‘the way a child is conceived or comes out of your body is far less relevant than the life they will have’; indeed, she stresses her own and Ms Portas’s material success and busy lives as though this is a guarantee of children’s happiness – as if the offspring of wealthy parents have always led contented lives.

Ms Rickey claims that her son ‘has triple the love: with two mothers and a father in his life, his cup really does runneth over [sic]. At the centre of a happy, bustling family, he knows that all that matters is the love with which he’s surrounded’. This comes perilously close to normalising polygamous families, and it should alert us to the fact that manufacturing a child from component biological parts is not the same as having a child naturally.

Advocates for ‘equal parenthood’ ignore the problems experienced by a child brought into the world to satisfy the desires of adults who do not love him or her enough to love each other.

Unlike countless individuals throughout history prepared to sacrifice their own desires for a family because they could not provide stability, they appear prepared to risk the child’s long-term interests to satisfy their own.

Ms Rickey suggests we should go from asking ‘why?’ have two mothers to asking ‘why not?’. She does not suggest asking how children will be affected by the knowledge that they were brought into the world as the solution to someone else’s problem.

Faced with a child being claimed by two women purporting to be its mother, King Solomon made a drastic suggestion to bring them to their senses. But even he would be stumped by the claim that a child can have two mothers. However, perhaps his solution to the claim of multiple parenthood is more relevant than we might think. What better way psychologically for a child to be torn apart than to be engaged in the lie that he or she has two mothers or two fathers?