NewsPaperthe art of publishing
HomeNewsThought for today: Would you Adam and Steve it?
65

Thought for today: Would you Adam and Steve it? 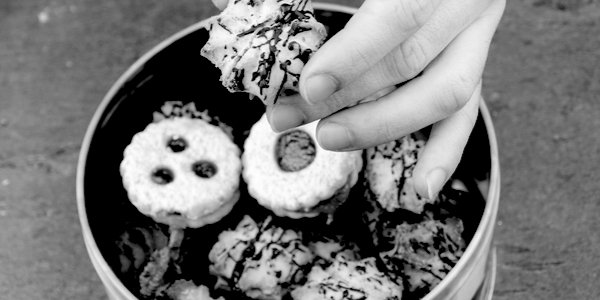 Fortnum and Mason has launched gay and lesbian ‘Garden of Eden’ biscuit tins for Valentine’s Day, offering ‘Adam and Steve’ and ‘Eve and Niamh’ boxes as well as the more traditional ‘Adam and Eve’ option.

This seems very far from the tradition of St Valentine, who to my admittedly limited knowledge was never a proponent of same-sex marriage.

More fundamentally, the human race would not have got very far if God had created two same-sex couples, who would have been unable to ‘be fruitful and multiply’ – unless ‘Adam and Steve’ agreed to consort with ‘Eve and Niamh’, no doubt lying back and thinking of their historical legacy.

However, the tins depicting Satan as a serpent coiled around the tree of the knowledge of good and evil, from which each same-sex couple has plucked the fruit, could not better illustrate the origin of original sin – in human pride, by appropriating God’s prerogative in deciding what is good and what is evil.

Perhaps Fortnum and Mason will issue another biscuit tin depicting ‘Adam and Steve’ and ‘Eve and Niamh’ being cast out of the Garden of Eden, their return blocked by an angel with a flaming sword? The penalty for pride was for Adam and Eve to earn their bread by the sweat of their brow, although probably they had little opportunity to think of equal opportunities, let alone eating biscuits. As for St Valentine, living and dying virtuously was his way of virtue signalling. Fortnum and Mason could learn from him.