NewsPaperthe art of publishing
HomeNewsThought for today: For once the C of E is right –...
0

Thought for today: For once the C of E is right – Down’s abortions are an affront to civilisation 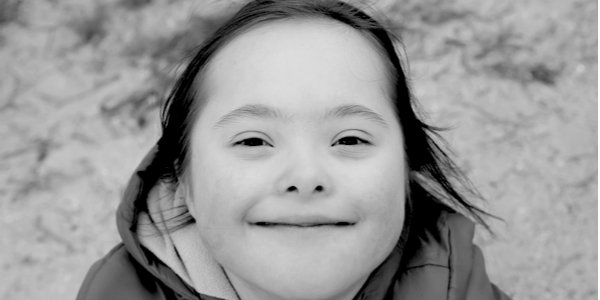 The General Synod of the Church of England, after hearing testimony that ‘the rate of Down’s syndrome abortions in the UK and Europe is akin to Nazi eugenics’, passed a unanimous motion calling for the Government to ensure that ‘unbiased’ information is given to expectant parents who find that their child has Down’s syndrome.

This is to be welcomed. As the actress Sally Phillips, herself the mother of a son with Down’s, told Synod members, a pregnant friend was rung repeatedly and offered an abortion ‘in case she changed her mind’.

This raises the question of whether NHS policy is leading us to a ‘Down’s syndrome-free world’, at least in the UK, and whether, when total ‘success’ is achieved, the ‘new eugenics’ will move on to other disabilities and conditions that can be detected in the womb – autism, perhaps.

The Nazis believed that the world was imperfect because the human race was imperfect, further burdened by the task of looking after the sick and weak. They wanted to perfect the Aryan race, with all weakness bred out, all sick human beings eliminated, thus building a better civilisation.

At the other end of the political spectrum, the Communists favoured indoctrination in the task of building Socialist Man, the conglomeration of millions of workers – the proletariat, whose will would somehow be transmitted to those who ruled in their name, for both Fascism and Communism relied on the Strong Man at the top.

Both totalitarian worldviews despised democracy, but while Fascism was tainted by the experience of the Second World War, Communism appeared to be on an unstoppable march. However, after the brutal suppression of the Hungarian uprising in 1956 Western Communists could hardly argue that Communism was superior to democracy. So they embarked on a new approach – cultural Marxism, involving continuous criticism of Western institutions. An essential part of this approach was to emphasise the inequality endemic to Western nations, thus prompting interest in the ‘equality’ of Communism. The other component of their negative campaign was to highlight the plight of minorities in the West, the implication being that they were suffering under the ‘dictatorship of the majority’. Thus capitalism, the source of wealth in the West, and democracy, the source of freedom, have been damned under one gigantic, ongoing Marxist aspersion.

But despite their mantra of ‘equality, diversity, minorities’, Marxists have proved the most zealous of champions of abortion for any reason. It is particularly ironic that the right to life of people with Down’s syndrome, who are among the most unjudgemental of human beings, should be ignored by the self-appointed champions of equality, diversity, minorities and non-judgementalism. These champions of ‘inclusivity’ appear unable to understand the idea that the world is a more civilised place when politicians and experts do not take it upon themselves to judge who is and who is not allowed to enter it.

Both Nazism and Communism despised Christian civilisation, built on Judaism and the noblest aspects of Greek civilisation, chiefly on account of its insistence on caring for the weakest. When Western civilisation goes wrong, it needs only turn back to its roots to be reborn. But after the terrible and tragic wrong turning that was the Holocaust and its prequel, the extermination of the sick and weak, the West has stumbled into another evil, killing millions more innocent human beings, not in the name of eugenics but ironically in the name of compassion and the prevention of suffering – concepts borrowed from our despised Christian heritage.

Civilisation is not biological perfection, nor is it civilised when uniformity of opinion is rigidly enforced. We could eliminate every person with Down’s syndrome, and silence every person who objects to it, but it will not help build a more civilised world. True civilisation was born in Bethlehem when the wisest and strongest of the world bowed down to the weakest; the good news is that it can be endlessly reborn when we freely will it. But while we exclude babies with Down’s syndrome from being born we will never rebuild the ruins of our civilisation.