NewsPaperthe art of publishing
HomeNewsThought for today: If the cop isn’t fit, lower the standards
25

Thought for today: If the cop isn’t fit, lower the standards 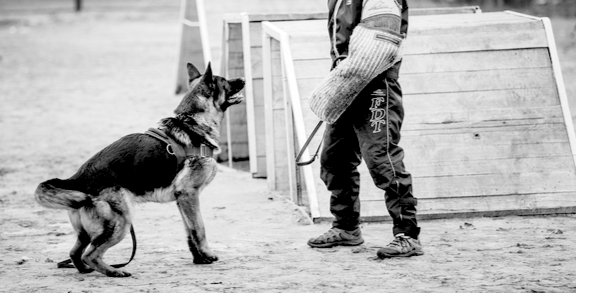 A judge has told three police forces that they must change the way they recruit dog handlers after PC Kim-Louise Carter won a landmark sex discrimination case at an employment tribunal. She was awarded £15,000 by the tribunal which decided it was unfair that she had been ruled out of becoming a dog handler because she had failed a fitness test. This test involved a ten-mile run, carrying a 35kg (5st 7lb) dog over a course and running a further 100 yards carrying the animal.

Unable to complete the test, PC Carter brought a case against Gloucestershire police force. The tribunal heard that women were under-represented as dog handlers, with Gloucestershire having only four females out of a total of 48. The force is now ‘reviewing the recommendations’. The same test is used by Avon & Somerset and Wiltshire police forces.

Perhaps they will replace the fitness tests with new categories of stroking, patting and coaxing. However, the matter is no joke, since as lawyers for Gloucestershire police pointed out, their dog handlers must be physically able to ‘track criminals over long periods of time, often over demanding terrains’. It is not a job in animal welfare or on a city farm.

Moreover, if all it takes is a woman going to an employment tribunal to upturn entry requirements for certain positions, no organisation will be safe from such vexatious legal challenges.

The police and other vital services were set up not to fulfil the demands of particular employees who fail to reach the standards required to do the job; their first duty is to the public. However it would seem that the little-regarded 2010 Equality Act has reversed these priorities, so that ‘protected categories’ must be accommodated to the detriment of everyone else.

The prospect of being rescued from a burning building or being lifted on to a stretcher by a 5ft 2in woman with scarcely enough strength to lift a cappuccino should fill everyone with foreboding. It can safely be conjectured, however, that few women will demand the right to jobs in road-mending, motorway maintenance, bricklaying, quarrying and similar male-dominated occupations. But if they can lower the standards of entry for vital public services, nothing is impossible. Perhaps new rules will ensure that no worker is allowed to get wet, tired or dirty.

As to the police, clearly they will need a change of name, for it will no longer be a ‘service’, and ‘force’ is obviously out of the question.