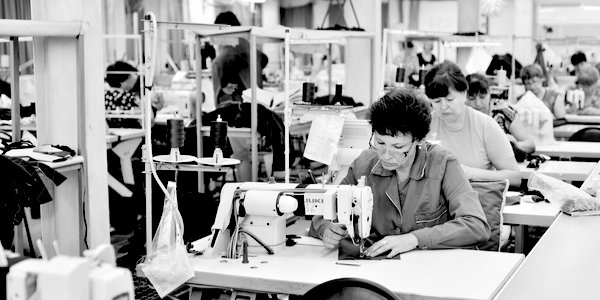 To mark 100 years since the Representation of the People Act, a group of Conservative MPs have deplored the fact that in all political parties the number of female MPs – ‘just 32 per cent’ – is ‘disappointingly low’, and that black, Asian and minority ethnic people are ‘similarly under-represented’. They insist that women’s representation and diversity ‘are not optional extras but are rather essential features of any institution claiming to represent the people of this country’, and urge the Government and the Conservative Party to use this centenary year to make a ‘step-change which is long overdue’. (Letters, Telegraph, February 6, 2018).

Conspicuous from the list of neglected social groupings, however, are the working class of either sex or any ethnic background. A 2017 House of Commons briefing paper on the gender, age, ethnicity and educational backgrounds of MPs in the 2017 intake reveals that 29 per cent attended private schools, with 23 per cent attending Oxbridge; in 2015, out of a total of 626 MPs, only 19 had been manual workers and seven farmers; three of the manual workers were Conservative and 16 Labour, and the percentage of manual workers declined from 16 per cent of all MPs in 1979 to three per cent in 2015.

Apparently, as democratic representatives, the working classes are not ‘essential features’ but ‘optional extras’; but while deploring this evidence of social imbalance, the question arises as to how to achieve a House of Commons that reflects the exact numerical proportions of all the social groups in the population. More men than women might succeed at the ballot box, more middle-class candidates than working-class, more black than white; it all depends on voting, and voters do not usually vote for the candidate that they feel ‘mirrors’ their identity.

The ‘diversity’ obsession has become just another ploy of the ruling classes to flatter the electorate, while at the same time making it clear that our opinions on actual political issues do not matter. Rather than representing the views of the people – most notably on the Brexit vote – they patronise us by telling us that they are installing some sort of mirror image of the people in Westminster.

Even while purporting to champion democracy, the PWM (People Who Matter) have already decided what matters on behalf of the PWDM (People Who Don’t Matter). But in a democracy, it is the views of the PWDM – made up of every individual, whatever their social grouping – that count. Somehow, in the rush to ‘embrace diversity’, the actual point of democracy has been lost. However, another important feature of the democratic system for those playing the ‘diversity’ card is that seats can also be lost.

Still, given their enthusiasm for the latest ‘must-have’ minority, the solution is obvious for all those over-represented male MPs – to embark on a sex change, thus striking a bow for democracy while liberating yet another oppressed category. Still the workers will be nowhere to be seen.