NewsPaperthe art of publishing
HomeNewsThought for today: And today’s women writers think they’ve got it tough...
35

Thought for today: And today’s women writers think they’ve got it tough . . . 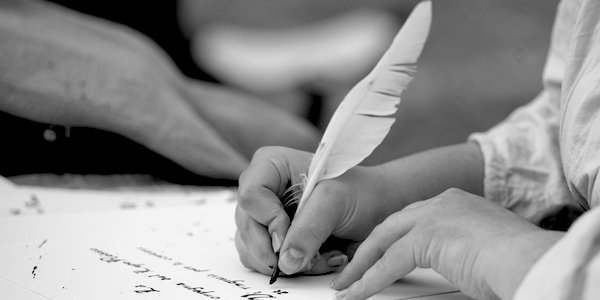 More than 70 female scriptwriters have written an open letter criticising television executives about the ‘overwhelming’ number of dramas being written by men, and expressed their ‘rage’. They said that it was encouraging that women’s stories are now being told but added: ‘It’s just that we feel we might be better qualified to tell our own stories.’

Writing, like music, is ‘gender-neutral’ – if people like it, they will not worry whether it was written by a man or a woman.

Presumably the writers of the open letter have never studied English literature or they would know that women are among our greatest writers. In the eighteenth and nineteenth centuries, a time when being female was a real bar to being taken seriously, Fanny Burney, her musician father’s amanuensis, wrote her first anonymously published novel, Evelina, in a disguised hand, fearing the publisher might recognise her writing. Jane Austen’s two works published posthumously, Northanger Abbey and Persuasion, were the only ones published in her name. The Brontë sisters initially gave themselves the gender-neutral noms de plume of Currer, Ellis and Acton Bell. Mary Anne Evans became George Eliot. Elizabeth Gaskell presented herself as the respectably married Mrs Gaskell.

All demonstrated the excellence of their work against real prejudice, and in showing that women could write they broke down the door for all who came after them. Today’s female scriptwriters could do worse than be grateful for their example – and maybe even follow it.

Share
Facebook
Twitter
WhatsApp
Email
Previous articleLa Dolce Vita is over for Italy’s Europhiles
Next articleThe Third World is corrupt and depraved. Is it any wonder Oxfam was contaminated?