NewsPaperthe art of publishing
HomeNewsThoughtcrime, the sinister legacy of Macpherson
0

Thoughtcrime, the sinister legacy of Macpherson 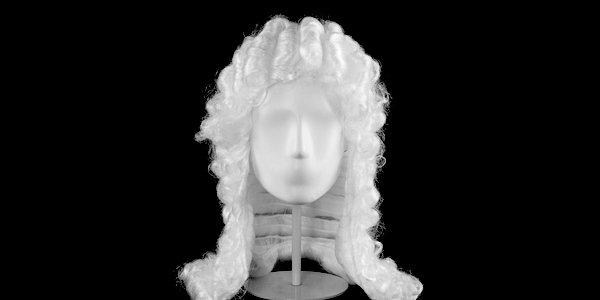 SIR William Macpherson has died, aged 94. He was the judge who chaired the inquiry which followed the murder of black teenager Stephen Lawrence in London in 1993.

His subsequent report invented the ill-defined concepts of ‘institutional racism’ and ‘unconscious racism’ and declared the Metropolitan police force to be institutionally racist.

When sceptics asked for a justification for these tendentious neologisms, Sir William declared loftily: ‘We do not pretend to produce a definition which will carry all argument before it.’

In other words, we won’t answer your awkward questions. Just like the secret police.

There was much worse to follow. The Macpherson Inquiry proceeded absurdly to define a racist incident as: ‘Any incident so described by the victim, or any other person.’

This definition is meaningless to the point of insanity, but it is now preposterously enshrined in our legal practice. It is the catch-all, you’re-guilty-even-when-you’re-innocent terminology of the gulag.

If anything can be legitimately described as a racist incident, then when I ask you if you’d like a cup of tea, you can, according to Macpherson, report me to the race relations authorities.

Meaningless jargon, politically correct or not, is not merely spurious: When a nonsensical expression is made the basis of our criminal jurisdiction, it is a prescription for confusion and chaos – one which causes irreparable damage to so many lives.

Certainly, the definition of a racist incident set out by Macpherson is incoherent and as such cannot reasonably stand as the basis for anything – let alone law-making.

But there it is on the Statute Book and so making us all the potential victims of an insane procedure. Badly-framed legal definitions damage our whole society and undermine our way of life.

Among those who dared criticise the Macpherson Report at the time was the then Tory MP William Hague, former Leader of Her Majesty’s Opposition, who said: ‘It has led to every police officer in Britain being branded a racist.’ Hague promised to ‘take on and defeat the liberal elite that has never trusted the police force and now wants us to believe they are all racists’.

You didn’t meet with much success there, did you William?

Of course, we have free speech in this country – it’s just that we’re not allowed to say things that are officially disapproved by the woke elites which govern us.

‘Democracy’ was once cynically defined as ‘say what you like, but do what you’re told’. Now even the saying is banned. And all saying is based on prior thinking.

So here and now in 2021, George Orwell’s dark prophecy has come true and anyone can be accused and convicted of thoughtcrime.

Not only does wokery not allow us to state the truth concerning many social issues, but it does not even allow us to ask what the truth might be in a particular case.

This is totalitarianism and it is the attempt – very successful – to control our thoughts and speech by an Establishment clique. To say this is not exaggeration, scaremongering or ranting.

There have been, and are, many thousands of incidents in which dissidents from the woke line are gagged, shouted down and often prosecuted and forced out of their jobs.

The appalling truth is that totalitarian wokery does not even allow us honestly to ask sensible questions, because is not a range of policies developed in response to circumstances: It is an ideology, imposed by diktat.

Unless these bizarre and wildly unjust innovations – chief among them Macpherson’s absurd definition of racism – are revoked and done away with, thousands will be made to suffer being falsely accused. Unless we commit this rubbish to the fire, the whole world of our public polity will not survive for very much longer.

Rest in peace, Sir William. I just wish we could bury your report with you.