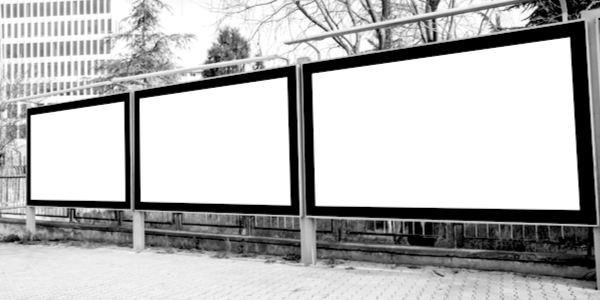 THE postponed United Nations Framework Convention on Climate Change 26th Conference of the Parties, known for short as COP26, is due to be held in Glasgow from November 1 to 12.

If a wealthy global warming sceptic is looking for ways to spend his money, I recommend that these three billboards are placed beside all roads leading to the Scottish Event Campus where delegates cannot fail to see them.

When you talk about climate change and the plans for zero carbon, will the largest emitters cut first and hardest?

Five countries produce around 60 per cent of the world’s greenhouse gas, and half of that comes from China. Some of the worst polluters are nations most rapidly expanding their electrical energy network (and their economy) by way of coal-fired power stations, which are both cheaper and quicker to build than wind or solar, not to mention totally reliable.

President Xi Jinping has promised to reach peak emissions by 2030 and carbon neutral by 2060. But greenhouse gas totals will only be brought down quickly if the major polluters agree to an immediate and drastic cut in their emissions. There must be global resolutions on the size and timing of the reductions, plus evidence afterwards that action has begun.

Otherwise, moves by all the other countries of the world (including the UK) to reduce their tiny share of emissions are not only a pointless drain on resources but will be totally nullified by China’s increase between now and 2030.

When you talk about climate change and the plans for zero carbon, do you agree that 24/7/365 electricity is essential?

Many African nations have large populations still without electricity, which is a critical element in a modern economy. The quickest, cheapest and most reliable way to provide this is to build coal-fired power stations. It is difficult to argue the practice should cease on the grounds of its unwanted emissions to the atmosphere.

As an example of the move to zero carbon, the current policy of the UK is gradually to eliminate fossil fuels and switch nearly all transport to battery electric. Household heating and cooking will become all-electric. A great deal of extra generating capacity will be needed. As a rich western country the UK plans to expand the range and capacity of off-shore wind farms and build nuclear power stations. But if there will eventually be sufficient back-up nuclear capacity for midwinter peak load no-wind no-sun situations, why have any wind and solar?

If nuclear is delayed and fossil fuels abandoned because of their emissions, how can 24/7/365 electricity be guaranteed?

Many nations cannot afford to go nuclear. Generating power by means of coal, gas and oil is very much cheaper and more reliable than either wind or solar.

When you talk about climate change and the plans for zero carbon, are you aware that impatient scientists may take over from lumbering politicians?

Some scientists are concerned that resolutions to reduce emissions are either untrustworthy, impossible to achieve, or will take far too long. They argue that more immediate action is urgently needed.

Possible projects include aerosol distribution in the high atmosphere to reduce the sun’s intensity, spraying clouds to make them more reflective, re-freezing the Arctic, or even building a giant orbiting space mirror to deflect some of the sun’s radiation. Commentators on these geo-engineering or ‘climate intervention’ ideas maintain that unforeseen side effects could be catastrophic if science starts tinkering with the earth’s delicate atmosphere. But the proposers point out that since the foundation of the United Nations Framework Convention on Climate Change in 1992, the amount of carbon dioxide in the atmosphere has increased steadily. Subsequent Resolutions made at Convention meetings in Berlin (1995), Kyoto (1997), Copenhagen (2009) and Paris (2015) have had no apparent effect on the build-up of greenhouse gases in the atmosphere.

Any further lack of action after this 26th Conference of the Parties may lead to stronger arguments for more direct action on the atmosphere. Some country’s leader may notice these proposals, think this is a chance to Save the World, and launch a project to dim the sunlight.

That thought is surely sufficient on its own to provoke safer, immediate and more sensible actions. Isn’t it?