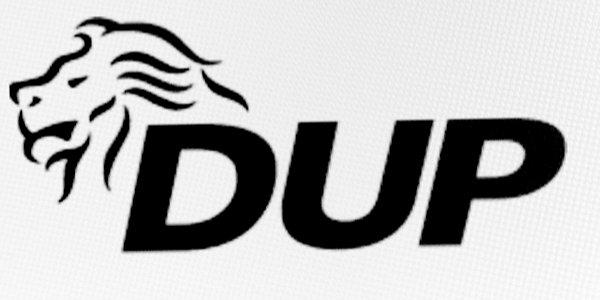 And so May rats again. She has ratted on the people, on her own cabinet, so why not the DUP? Any kind of divergence on customs and trade deals spells the beginning of the end for the Union, and the DUP know it. Apparently furious, they have started to withdraw support from the government, and have threatened to vote against the forthcoming Budget.

This whole process has been agony for principled Brexiteers to live through: the constant hope that someone – anyone – would put country before party and do the honourable thing has been dashed, dashed and dashed again. Brexit has been a litmus test that our whole political class has repeatedly failed. Not only have we seen Brexit defenestrated, but the last illusions that we ever lived in a democracy have been dispelled.

Compared with all other parties, the DUP have emerged with their honour reasonably intact, and it would be very foolish to underestimate them: when Ulster Protestants say something, they tend to mean it. It is often said that they are paper tigers, that they would never bring down the government for fear of letting in Jeremy Corbyn. I am not so sure. Deep down I suspect they know the truth: rapidly changing demography means that if nothing changes, a United Ireland is all but inevitable. There is one chance in the medium term to save the Union they love, and that is for Ulster to profit so mightily from Brexit that they can convince enough of the coming Catholic majority to vote for the status quo.

The DUP are our last hope, if one may hope for anything any more: the betrayals of the last two years, the snatching of abject defeat from the jaws of victory have left psychological scars that whatever happens will damage British politics for years to come. Certainly, only a fool puts any faith in the Tory party – the fact that the bulk of the party, even now, sheepishly follow their dreadful, lying, treacherous leader to preserve their careers show exactly what they are, and don’t deceive yourself that most of the ERG will stand firm when it comes to the crunch: never underestimate Tory cowardice.

However, withdrawal of DUP support for the government, with a clear indication that it would be renewed only under new leadership, may galvanise the Tories into action. They certainly won’t defenestrate May out of principle, but they would brush her aside like straw if they thought a general election would threaten their careers. All the DUP have to do is indicate that they are happy to serve under a new, Brexit-inclined Tory leader. Cynically, the Tories could also calculate they could deflect much of the so-called No Deal chaos that may ensue on to the DUP, saving their political skins – step forward Mr Johnson, this is your final chance, and it is now.

It probably won’t happen, but there is one historical parallel that may be useful. Brexit is often compared, rather lazily, to the Protestant Reformation. Three hundred and thirty years ago this December, the Apprentice Boys shut the gates of Derry against the army of King James. Their actions eventually secured the Glorious Revolution and confirmed our split from Rome and continental despotism. Whether or not they can save the Union, it is time for those adamantine, rock-ribbed and much maligned Ulster Protestants to step forth unto the breach once again. It is time for Arlene to shut the gates and bring about a change of British leadership perhaps almost as significant as the ascent of King William III to the throne.

No Surrender. Not an inch. For God and Ulster.

And the rest of us, too.

Share
Facebook
Twitter
WhatsApp
Email
Previous articleA week is a long time in treachery
Next articleGay cake: A battle won, but the war against PC zealots goes on