NewsPaperthe art of publishing
HomeNewsTime to ban the burka? You say YES
143

Time to ban the burka? You say YES 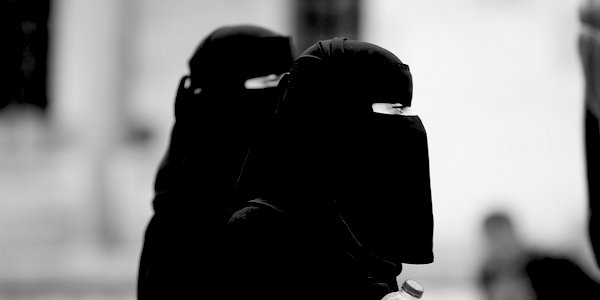 In the midst of furore that followed Boris Johnson’s comments about the burka (which were not the first such to issue forth from senior members of the Conservative Party, as Jacob Rees-Mogg has pointed out here and so has Munira Mirza here) we decided to poll our readers.

We asked quite simply ‘Should the UK ban the full-face burqa in public?’ Despite all the nit-picking about terminology in the press since, we were pretty sure our readers understood that this meant either a full-face covering or just a slit for the eyes.

The results were overwhelming: four-fifths of our readers would like to see it banned in public spaces:

Should the UK ban the full-face burqa in public?

So Jacob Rees-Mogg was spot-on in his observation that Boris’s was not necessarily a populist argument – that had he tested his article with focus groups and opinion polls first, he would have found that the country at large is more draconian than he wants to be.

But these Tory toffs would be wrong to think ‘the people’ have arrived at this judgment lightly. They didn’t, any more than Laura did in her article on the matter. They are aware, like she is, that the truth is that ‘the arc of history does not always stretch ever forward to the hinterland of liberty and democracy’. Sometimes a stand has to be taken to defend it.

Liberal democracy based on freedom of speech is this country’s great contribution to the world. No wonder thinking people are torn between two principles – indeed two fears – between compromising the principle of liberty and standing by as it is threatened. For example:

I would not generally agree with banning anything so I am torn about this. However if such a ban sends a signal to the Wahhabists that the views behind this covering are unacceptable then perhaps it will do some good.

Some will say that you cannot then complain when they ban right wing speakers from the country in that case and my answer would be that they already are so we are not losing anything by doing this but merely applying balance.

It’s not the business of the state to determine how people should dress providing basic laws of decency are complied with. It is, however, perfectly reasonable to ask women to remove veils in certain circumstances – in education or further education (or how else can teachers and lecturers know who is actually attending classes?), in court, in banks, behind the wheel of a vehicle, when personal communication demands it etc.

Only the odd voice thought our poll to be of itself misjudged – that the question asked should have been: Should any aspect of Muslim culture be beyond the bounds of criticism and does criticism even when couched in a joke constitute islamophobia?

We beg to disagree. As Laura said on Newsnight, we don’t buy into the medicalising of politics in the first place. Criticising an aspect of a culture or a total culture is not pathological.

And this is what bothers people – that the burka is not a standalone issue but that its increasing use has come to symbolise other regressive, anti-liberal, if not criminal, aspects of Islamic culture raising the question of whether if you don’t get rid of the Niqab and Burqa, you can expect to stamp out forced or arranged marriages, incestuous relationships, FGM, rape gangs, terrorism or any of the other problems that are a direct result of competing cultures?

The sheer preposterousness of having to accept the imposition of ‘unreason’ came up in the comments: ‘I have been in the bank when someone has walked in wearing this garment. This is preposterous, as is allowing someone to drive in it. Silly arguments comparing them to facial hair and glasses are risible and Sky’s Kay Burley’s comment is contemptible. We should be free to mock clothing as ridiculous if we see fit. Anything else is yet another Islam exception. Boris is being clever here and I hope he doubles down on it.

Not everyone shares that view.  For most readers the debate has gone beyond the question of our right to mock (which should be self evident), rather that Britain has gone soft to the point of ridicule as two fingers are waved at British society by ‘a walking declaration [from] people who have no intention of ‘integrating’. Furthermore, that as a liberal society we are doing a terrible disservice to Muslim women by supporting those in their culture who would keep it regressive, as has been argued elsewhere this week by Muslim women themselves (not those vocal reactionaries given a constant BBC platform), here, here and here.

Which is why Laura is so right in her scathing judgement of both Boris (yes – we think he needs to go the distance) and that faux-feminist Prime Minister of ours, one Mrs May, who puts identity politics above democracy and, staggeringly, above women’s basic freedoms:

The fact that we may have to use State power to enforce the norm that people must show their faces when communicating and going about their daily business is bad enough. The fact that neither the PM nor Johnson seem to be willing to take the necessary action to enforce this norm is even worse.

And this is what Jacob Rees-Mogg needs to understand too. What he and Boris may be able to afford to be so high-minded about, the common man can’t be. It is the freedoms of the common British man that are threatened by the creeping illiberalism of Islamism in our society.