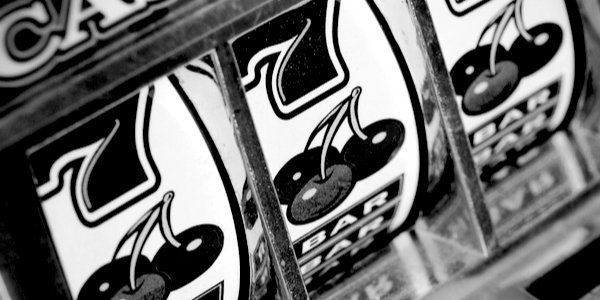 YESTERDAY the Government introduced changes to the Gambling Act 2005. These raise the payout limits and amounts that can be bet.

The changes, which might seem relatively minor and include increasing the annual ticket sales limit for society lotteries from £10million to £50million, were criticised by some in the industry for not going far enough, but they represent society’s and the Government’s muddled thinking on gambling. They perpetuate an artificial distinction between so-called good gambling and bad gambling, when in reality there is just gambling – and the problems that occur when it gets out of hand.

Some argue that problem gamblers represent a tiny proportion of those who like a flutter. But when nearly half the population gambles, the figures are frightening. Indeed, the Gambling Commission, the industry regulator, says that more than 2.3million people in our country are classified as either problem gamblers (430,000) or at risk.

There is a significant economic cost to this activity. Estimates put the annual societal cost at between £1.2billion and £3.6billion.

So as well as lives ruined, we are all paying for the costs associated with gambling.

I raise this not because I am some sort of puritan looking to ban this activity in all its forms, but gambling is gambling, no ifs, no buts – and betting hundreds of pounds, or thousands on a lottery, when you can’t afford it, is no different to betting at a casino, bookmakers or online. In fact there is an argument that the odds on the much demonised Fixed Odds Betting Terminals (FOBTs) and other games, are considerably better than playing on most lotteries.

Add the fact that increasingly gambling is done online, from the privacy of home, and these changes seem ill-judged or poorly timed.

I suppose the real question is why are we treating betting when it is done through companies such as Ladbroke Coral differently from, say, the National Lottery?

The only possible explanation is a strange form of virtue signalling. Lotteries, which are seen as supporting good causes, must be virtuous and therefore we should feel good about playing them, whereas betting using one of the many gambling companies which are motivated wholly by profit, must be bad and therefore wrong.

This seems not only bizarre, but a dangerous distinction. Regardless of whether money is bet on a horse, at a casino or on a lottery, the impact on the lives of those problem and at risk gamblers is the same – indebtedness, poverty and much more besides.

But the distinction has meant that while the big betting firms are under significant scrutiny and are bringing in restrictions about when and how they can advertise, no such measure have been introduced or even floated for the National Lottery, the biggest single national gambling activity. It seems illogical to me.

So while I applaud the Government for their action on bringing in restrictions on FOBTs, I find myself asking why they are increasing the prizes and the amount it is possible to gamble on lotteries. Is it not time to completely overhaul Labour’s 2005 Gambling Act? We should treat all gambling activities the same, because the consequences are no different.