Time to give young girls a reason to say No 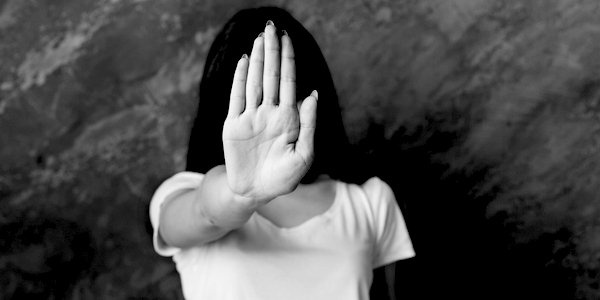 WRITING in his Morning Jolt for the National Review, Jim Geraghty says: ‘The Jeffrey Epstein scandal ought to force a confrontation about the way the entertainment media sexualises teen girls.’ Correct. It ought also to force a confrontation on how we view under-age sex, full stop, and a realisation about how vulnerable modern liberal mores have made young girls given no reason to say No.

Since the sexual revolution of the 1960s and with it the collapse of sanctions on under-age sex, each new generation of young girls has found itself navigating a sexual minefield. Damned if they do and damned if they don’t, early sex too often ends in tears and humiliation or worse. The State has not helped.  It’s been pushing a disastrous ‘informed choice’ policy (one in direct conflict with age consent law) in a spurious attempt at ‘protection’ for years now. The NHS and successive ‘Education’ departments have pumped out ever-more libertarian messages and services, from contraception to morning-after pills, from abortions to vaccines, to sex teaching – for under-age age girls too – cutting parents right out of the loop.

What has this done but diminish male responsibility?  What contribution has this freedom made to male efforts at expectations of restraint? Exactly none. In fact men have been given a licence to act as they please with no sanctions, no responsibility, no comeback, no consequences, and no need for thoughtfulness or consideration, doing little either for their maturity or sense of self worth. Meanwhile girls at the mercy of their peer groups compete in their sexuality, get depressed if they don’t live up to what they think is expected or, in this recipe for confusion, get filled with self-loathing.

Likewise feminists who push girls’ contraception rights and abortion rights along with their absolute right to sex, which includes their right to be as sexually provocative as possible but not be touched or even looked at, has added to the madness. The censorious #MeToo movement has gone from the sublime to the ridiculous, turning the ‘knee touch’ of the well able to look after herself older woman into an outrage crime as heinous as a rape. Yet in this pillorying of men, who often only need to be told where they can get off, some of the most serious serial offenders and abusers have gone scot free – from Rotherham to Hollywood.

In a thought-provoking article on this for the National Review that Geraghty points us to, Kylie Smith looks back at the recent liberal era of the last 50 years or so – the defining moment of which, she writes, was  ‘leading Hollywood liberals leaping to their feet to cheer for a man who, at age 43, gave a 13-year-old girl Quaaludes for the purpose of having sex with her and sodomising her’. She is, of course, talking about Roman Polanski.

She believes that the Jeffrey Epstein case ‘should end a nearly 50-year era in which the mandarins of our cultures – the intellectuals, writers, and artists – almost unanimously ignored, laughed off, or even outright celebrated sexual exploitation of girls and very young women, even in many cases prepubescent ones’.

She is right. It is high time to call out this thoughtless and careless libertarian culture. It’s reach went way beyond its red carpets.

You can read the rest of her article here.

Share
Facebook
Twitter
WhatsApp
Email
Previous articleBig Sibling is watching you, through the eyes of Piers Morgan
Next articleWhy Piers Morgan’s bigotry and ignorance must be challenged