Time to wring this Swan’s neck 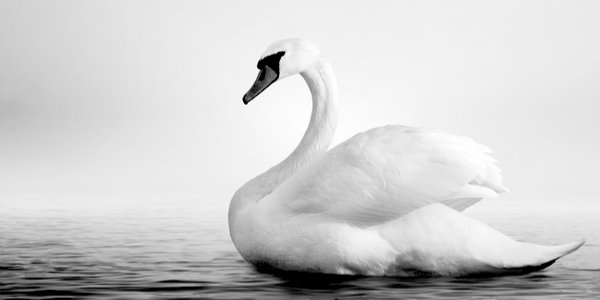 ABOVE the water a swan presents a picture of tranquillity as it glides along while under the surface it is paddling vigorously. The dreadful Athena Swan Charter represents precisely the opposite.

What you can see is frantic activity while, in fact, nothing useful is happening. It is almost as if the swan is upside down, feet flapping wildly in the air while it slowly drowns. Anyone who has ever encountered the charter will know that what you drown under is a sea of data-gathering, form-filling and meetings. And nothing changes.

In its own words: ‘The Athena Swan Charter is a framework which is used across the globe to support and transform gender equality within higher education (HE) and research.’ Athena Swan has ten guiding principles which are mostly motherhood and apple-pie-type statements about the place of women in higher education. Athena Swan in the United Kingdom is part of Advance HE which, according to its website, is ‘re-imagining professional development for a new world’. First item on the agenda: Decolonising identity. Quite a few academics are trying to imagine a world without professional development.

The ten guiding principles of Athena Swan include the usual platitudes about benefiting ‘from the talents of all’, ‘advancing gender equality’ and ‘tackling the gender pay gap’. Then comes the mission drift into ‘tackling the discriminatory treatment often experienced by trans people’ and ‘considering the intersection of gender and other factors wherever possible’.

And there you have it. Athena Swan is another outpost of the cultural Marxist agenda. It seems to assume and accept that trans women are women and the final woke gobbledegook about ‘intersection’ means that it reserves the right to poke its proboscis into anything it feels like.

A visit to the Athena Swan website will keep you occupied for days. In common with any of these types of initiatives, the ‘resources’ page will ensnare you for hours in webinars and other links from which you are just a click away from another plethora of ‘Read the blog’, ‘Find out more’ and ‘Watch the video’ links.

There is barely a university in the United Kingdom that does not have some Olympic-style level of Athena Swan accreditation. The levels exist at bronze, silver and gold and it costs a university £3,500 annually to be accredited. There is no resting on your Athena Swan laurels.

Thus, once a university is on the Athena Swan treadmill it cannot get off. At some point a team of people – usually not the most productive of academics, guided by someone in Human Resources with too little to do – will be engaged in some activity related to Athena Swan. Either they will be seeking renewal of their current level or attempting to reach higher ground.

There is next to no evidence that the Athena Swan process achieves anything other than generate awards and the work that goes in to getting them. In 2014 the Equality Challenge Unit – another manifestation of Advance HE – published a report titled Evaluating the effectiveness and impact of the Athena Swan Charter. I read only the executive summary, itself lengthy, but it was full of ‘many considered’, ‘most felt’, ‘others agreed’ and a distinct lack of hard data.

A 2020 study in the BMJ did claim that there was a correlation between the high proportion of women in universities with Athena Swan awards and that this was also positively related to the level of award. I can think of a simple explanation for that: a university with more women is more likely to be one that pushes to achieve the award and will have more people – women – who want to devote time to going for it. The Lancet also had a 2019 report on Athena Swan which said little more than that it existed. Are these once-respected medical journals gone woke not supposed to be publishing medical research?

I suppose we are stuck with Athena Swan, although the Covid-19 pandemic may offer a solution. Universities have lost vast amounts of income not recruiting Chinese students and being unable to sell their accommodation during the conference season. With any luck universities will soon be so poor and threatened with closure that they will decide to stop paying, and Athena will be a dying Swan.

Share
Facebook
Twitter
WhatsApp
Email
Previous articleToday’s talking point: Have we been stopped from travelling for ever?
Next articleBoycott ‘sissy idols’? We could do with some of that