Time’s running out for the office romance 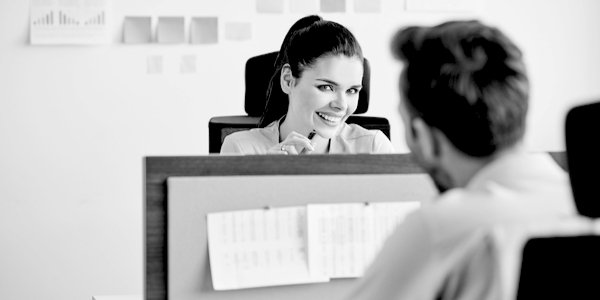 Following a spate of recent sexual harassment claims, City firms are eager to call time on the headache they don’t need to fake – the office romance, and its impending lawsuit.

In a week which sees Emma Watson launch a harassment advice line for women (presumably not about how to do it); law firms issuing ‘etiquette guides’ (at a premium, naturally) and advocacy groups champing at the bit to push their own agendas, those hoping for a kiss at this year’s office party had better watch their step.

One such consultancy, Equality Group, published a report earlier this year which appears to provide the basis for the notion that workplaces are seething hotbeds of patriarchal misogyny with women little more than pawns in the male chess game.

Here are the highlights from #MeToo & #MenToo: Narrowing the gender gap:

50 per cent of women have experienced harassment in the workplace and not reported it;
34 per cent of women don’t want to report incidents at work because they are worried that it will negatively impact their career progression or create an uncomfortable working environment;
Half of the UK workforce feel men should be more involved in solving #MeToo.
Reading further into the report, Equality Group nail their colours clearly to the progressive mast:

‘Bringing in diverse talent at senior levels, in terms of women and BAME professionals, to bring new ideas to boards and leadership teams across the country can undoubtedly change working cultures for the better.’

The figures here are impressive, but what do they actually mean? If you claim 50 per cent of women have been harassed in the workplace that sounds extremely serious. But presumably you’d have to define ‘harassment’, which these days is likely to mean kissing under the mistletoe without consent.

If it’s a serious matter, you’d hopefully want to question why women are loath to report it. Prioritising your career ahead of being treated fairly at work demonstrates not only a terrible lack of self-respect, but also a cynical calculation rather than a fear of being ignored. In fact, the one thing impossible to claim is that women are not taken seriously in workplace harassment cases, where large payouts are now commonplace.

Workplaces, lawyers and advocacy groups could all do with some home truths in their quest to eradicate ‘inappropriate behaviour’. First of all, Mother Nature (not feminists) dictates evolution: women are sellers, men are buyers. Women absolutely demand that men pursue them; it’s how the game is played. It is curious, then, that male staff are always filthy lechers, while their female counterparts are blood-red lipstick and miniskirted ingénues.

Second, the explosion of #MeToo has led to a hysteria about ‘rape culture’ – a phenomenon which categorically does not exist. Third, women are just as sexually predatory as men, and are also more likely to bully other women. Fourth, flirting is a necessary and welcome fact of life, one in which not only do women hold their own, but which should not require managerial intervention.

The tragic fact of the matter is that the progressive insistence on portraying all women as victims undermines our sympathy for genuine cases. As the classic Hillary Clinton line goes: ‘Women have always been the primary victims of war. Women lose their husbands, their fathers, their sons in combat.’ Yes, she actually said that.

The lexicon helps us out here too. Males who make unwelcome approaches are ‘pervs’ or ‘creeps’; women are the more positive-sounding ‘cougars’. In the age of #MeToo, every man is now either a Weinstein or an Epstein: casting couch director, or the supplier of victims. They are not. Such blatant dishonesty has grave consequences,

Consider the case of Jemma Beale, jailed for ten years in 2017 for a string of false rape allegations, destroying the lives of the accused men in the process.

Even worse, reflect on the case of teenager Jay Cheshire: so distraught about a false rape accusation that he took his own life, only to be followed by his mother.

The destruction of men is now big business. Celebrity attorney Lisa Bloom famously tried to bag payments of up to $750,000 for women who’d say they’d been sexually harassed by Donald Trump, as long as they did so before the presidential election in 2016.

With Brett Kavanaugh, it was ‘believe her’, never ‘believe him’.

It should not need saying, but of course sexual harassment should be taken seriously. I don’t believe, however, that we’re on the right track. No matter how pure your motives, using the umbrella of #MeToo as an excuse to further feminise the workplace, or to simply attack men – casting them all as demons and women as angels – is inexcusable. It ill serves women to frighten men into becoming wimps – the last thing most normal women want.

If we genuinely want to improve working conditions for all, a frank conversation needs to be had where both sexes take responsibility for their actions. There is no reason whatsoever why the workplace should lose its potential for romance – besides which, it is far beyond the remit of any management to effect such a policy.