To David Olusoga from Chris McGovern, a historic challenge 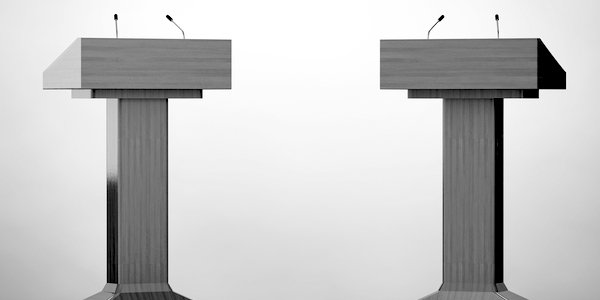 DAVID Olusoga, celebrity TV presenter and Professor of Public History, was not amused to read that his knowledge of the school history curriculum was questioned by Chris McGovern  (TCW’s education writer and Director of the Campaign for Real Education) in a recent blog.

Chris wrote how England’s history National Curriculum was being given the green light to skew its teaching even further towards the demands of the anti-racism, statue-toppling protesters.

As an example, he commented on the discussion between Professor Olusoga and the like-minded Bishop of Dover, interviewed by the equally like-minded Jon Snow on Channel 4 News. Their talk revealed an ignorance of what schools have long been committed to, viz ‘the iniquities of slavery and deprivation associated with Empire’.

They appeared unaware that the historical narrative to focus on ‘injustice’ and on the sins of our forefathers has been widely taught for some years – that, for example, Winston Churchill has been as likely to have been ‘taught as a racist war criminal’ as a saviour of Britain during its darkest hour.

In response, Professor Olusoga tweeted: ‘Conservative Woman proves it gets the anti-racism message by lecturing a black historian and a black bishop on black history. Too lazy to read my books and see that I’ve written on some of the subjects they say I’m “ignorant” about. Pathetic.’

Professor Olusoga,  who in 2019 joined the University of Manchester as a Professor of Public History, does indeed on one occasion make reference to the National Curriculum.

In his best-known book, Black and British: A Forgotten History – winner of the 2017 PEN Hessell-Tiltman Prize, and now a BBC programme – he mentions it in the preface: ‘Those black Britons have been with me ever since. I have visited their graves and read their letters and memoirs. They have become part of British history and in some cases part of the National Curriculum.’

Chris McGovern is not a professor, but has 35 years teaching experience and, as a trade union member, has sat on the TUC. Having advised governments on the content of the history curriculum, he knows it well.

In fact, he was part of the group that wrote the current version of England’s history National Curriculum, of which he remains critical. He has found that a widespread ignorance of what actually goes on in classrooms is not just the prerogative of politicians, but also of many eminent historians.

We at TCW feel that Chris’s skin colour should not be a bar on his discussing ‘black history’ or criticising any historian or commentator.

Chris and TCW are keen to open up the debate – and in a manner that Professor Olusoga’s TV production company inexplicably appeared unwilling to do in its 2018 Channel 4 programme The Battle for Britain’s Heroes, presented by Afua Hirsch. This was a programme in which Chris was invited to be one of the key commentators.

After filming, Professor Olusoga’s production company wrote to tell Chris: ‘We are now at the very last stages of the Heroes film, for which you so kindly joined us for some filming. Truthfully speaking, we very much felt that yours was the strongest contribution in that group discussion, and would like to explore the possibility of filming with you again, this time solo!’

But, without explanation, the company largely pulled Chris from the programme. He wrote here about his omitted contribution.

So now, via The Conservative Woman, Chris extends an invitation to Professor Olusoga to publicly debate with him the current history National Curriculum in English schools.  We hope this can be done via a video link-up, which Professor Olusoga’s company might have the means of recording.