NewsPaperthe art of publishing
HomeNewsTo hell and back
259

To hell and back 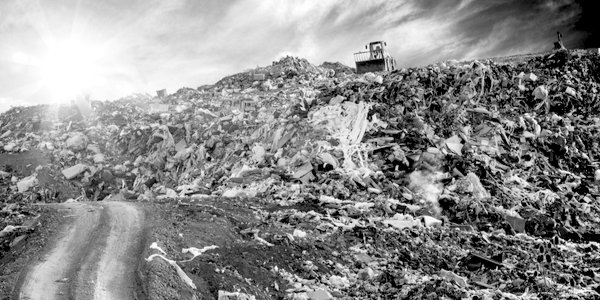 I CAN tell you what hell is like because I have been there. In fact my wife and I have been there together. The original hell was the municipal rubbish tip on the outskirts of Jerusalem and its name in Hebrew is Gehenna. It smokes all the time and no doubt that is the origin of the notion of hellfire.

In fact there are two hells. Apart from Gehenna there is also the altogether pleasanter place of departed spirits known as Sheol. The ancient Jews had this quiet, touching – one might almost say relaxing – picture of human life as gently fading away after death so that you literally become a mere shadow of your former self. But is there a real hell where unrepentant sinners will go to suffer everlasting torments?

The modern world does not think so – because the modern world has got itself into a slapdash, self-indulgent mode of disbelieving in anything unpleasant. The mass culture of our age simply tells us to shut our eyes against anything nasty – like a child pulling the covers over his head in case he might see a ghost. But moral seriousness means that, if we are to be praised for what we do right, we must be blamed for what we do wrong. Any other explanation of morality is a fantasy and belongs with those teacher-training college courses which said that children should be rewarded but never punished.

But who will be in hell? Did you hear about the three brothers who went to stay with their father, a country parson? The first brother, also a parson, went down to breakfast and his father asked him how he had slept. ‘Very well father. I dreamt I was in heaven. And do you know, it was just like home!’

The third brother – a proper tearaway who had been out on the tiles until late – came down all bleary-eyed. ‘And tell me, son, how did you sleep?’ He replied, ‘Very badly and I dreamt I was in hell.’

‘It was just like home, father. You couldn’t see the fire for the bloody parsons!’

(At this point my Evangelical friends will tell me I shouldn’t joke about such things. So I apologise now to all those enjoying the luxury of taking offence).

Hell is not a location – somewhere you go like Brighton. Hell is the condition of deliberately turning from God, or simply neglecting to look towards God. That is, hell is not a positive nastiness but a lack, a deprivation, of all good. You recall those chilling lines in Christopher Marlowe’s Dr Faustus when Faustus asks Mephistopheles:

Where are you damned?

How comes it then that thou art out of hell? And the devil replies,

Why, this is hell, nor am I out of it

Think’st thou that I who saw the face of God

And tasted the eternal joys of heaven

Am not tormented with ten thousand hells

In being deprived of everlasting bliss?

Hell is our choice. This is what moral seriousness means. We choose our own hells. These hells are not perhaps lurid, fiery places but boring, dull, devoid of inspiration; merely tedious. There was a man who found himself in such a hell. It didn’t look too bad. There were a score or so people standing up to their waists in horse-muck drinking tea. The man thought: ‘Well, I can put up with that’ until the devil’s voice came: ‘All right, tea-break over: back on your heads!’

Or there was the notice outside a church in the USA: ‘What is hell? Come early and hear our choir practice.’

But these poor jokes and jibes about the mass culture are not far from the mark. So much of the world that surrounds us is banal. It was St Thomas Aquinas who described evil as banality, 800 years before Hannah Arendt, who seems always to be credited as the originator of that idea.

Hell is a lack of attention, a refusal to concentrate, to stretch oneself, to put oneself under some pressure. This is why I have likened hell to the mass culture of popular entertainment and the obsession with shopping and celebs. That so-called lifestyle is a perversion of what God intends life to be. You want a vision of hell? Just pick up a copy of Stella, the Sunday Telegraph’s colour supplement. Or you might try the woke Countryfile.

I imagine my private hell as an everlasting series of BBC news and current affairs programmes, all stuffed with regius professors of inconsequentiality getting excited about nothing in particular with their so-called studio guests; telling us in thrilled tones that, whereas somebody so famous you’ve never heard of them used to wash their hair on a Wednesday, now they do it on Thursdays instead.

(By the way, have you noticed how so many of these shows take place before an invited audience? Do the rest just barge in, or what?)

When you want a working definition of hell, think of its opposite. Its opposite is wholehearted commitment, the life of the alert mind and the quickened soul. The mystical theologians knew that the secret of blessedness is to attend to something; in a word, to concentrate. And it is the avoidance at all costs of this attentiveness which is the hell of the modern age. A bit of escapism is fine now and again, but when everything is a form of escapism you have lost your soul – and that’s the traditional definition of hell, isn’t it?

(So my Evangelical friends do have a point, after all.)

We must not be seduced into the mindset of the consumer programmes which would have us believe that the whole of existence is a sort of package holiday relieved occasionally by bouts of overeating and Strictly. The problem with reality TV is that there’s no reality in it. And there’s another classical description of hell for you – a place with no reality, entirely derivative; a foul and pestilential congregation of vapours; a caricature and counterfeit of what God wants for us.

You will rightly complain that I have come to the end of this sermon without telling you whether there is such a place as hell or not. I like the true story from the year 1860 when a book called Essays and Reviews was published in which some distinguished clergymen denied the existence of hell. The eminent Victorians were of course outraged and those clergymen were convicted of blasphemy. They appealed to the House of Lords and their conviction was quashed. Whereupon a parliamentary sketch writer commented that ‘the Lord Chancellor had dismissed hell with costs and taken away from orthodox members of the Church of England their last hope of everlasting damnation’.

There is a cure of woe and torment. Pay attention. Concentrate. And the banality of hell cannot touch you.