To hell with what the public want on migration 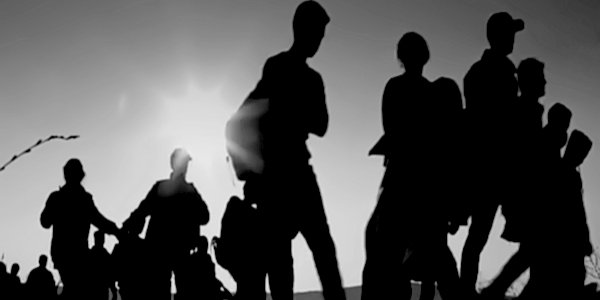 FORGIVE me if I begin with a little recent history. In 1997 net migration was 48,000. It almost trebled to 140,000 in 1998 and has not fallen below 100,000 a year since. The Labour government’s reaction to the mass immigration they had unleashed was astonishingly a continual easing of restrictions on work migration, the theory being that migrants were an economic and social boon. It was a narrative that clearly ran through official literature and government pronouncements throughout the Labour years.

In fairness to the Tories, they took heed of the increasing public disquiet felt for the unprecedented scale of immigration and committed to dealing with it. In a speech to the Conservative Party in April 2011, David Cameron explained why the 2010 election manifesto included the promise to reduce net migration to its pre-1997 levels. He pointed to the fact that easing restrictions on economic migration after 1997 had, by 2009, resulted in ‘2.2million more people coming to live in this country than had left to live abroad.’

In the same speech Cameron (bearing in mind that Theresa May was Home Secretary) repeated the election promise: ‘But with us, our borders will be under control and immigration will be at levels our country can manage. No ifs. No buts. That’s a promise we made to the British people. And it’s a promise we are keeping.’ The promise was of course also made in both the 2015 and 2017 general elections. I should add that it is a policy that almost three-quarters of the public would still like to see kept.

But it seems promises are made to be broken. The Home Secretary has effectively abandoned any notion of achieving net migration below 100,000, while the Chancellor has publicly encouraged both the EU and British business to demand more concessions on immigration when the trade talks get under way. In Davos on 23 January 2019, Philip Hammond told UK business leaders that the Immigration White Paper ‘does not rule out the possibility that future trade deals, including with the EU, might have provisions in this area’. He added: ‘While free movement is ending, the detail of what will replace it remains to be decided. And business has a real opportunity to help shape the policy . . . I urge you, collectively, seize the opportunity to engage with this consultation.’

The Government appear not only to have reverted to Labour’s mantra of economic migration being an unalloyed benefit but also added another of ‘To hell with the wishes of the electorate’. That is the only conclusion one can reach on close examination of the Government’s post-Brexit Immigration Policy as outlined in their White Paper (something we did in our paper issued on 19 April).

These flaccid proposals have no prospect of achieving a significant reduction in the level of net migration. In fact, the Government are taking an enormous risk. While the end of free movement for EU workers will have some effect, a new work permit system for skilled workers will be wide open to the global labour pool. Plans to remove the cap on work permits, to lower the level of skills required to work, and to end the legal obligation of employers first having to advertise jobs in Britain, would expose between six and nine million full-time UK jobs to new or increased global competition.

We estimate that annual net migration will be about 270,000 (approximately 10 per cent below its five-year average) if the minimum salary for skilled workers is kept at £30,000 a year. However, in the likely event that a lower salary limit of £25,000 or even £21,000 were to be adopted, millions more jobs would be opened to worldwide competition and net migration would head towards its previous peak of around a third of a million a year. The proportion of foreign inflows that were non-EU would be nearly three-quarters compared to two-thirds over recent years.

In arriving at our estimates, we have not even included the additional impact that will result from expanding the Youth Mobility Scheme to EU citizens nor the significant numbers likely to take advantage of a temporary low-skill work visa (allowing access for up to a year); this visa has been designed to bring low-paid workers into the labour market while keeping them out of the long-term UK immigration statistics.

Our estimates are of course only approximate and are necessarily based on a range of assumptions. However, let us not forget the effect of previous attempts to reform the immigration system, what these reforms led to and the extent to which official estimates of migration flows were hopelessly wrong. It not only happened after 1997 but also after EU enlargement in 2004, when the Home Office Minister responsible for immigration told us in 2003 that ‘the number coming here for employment will be minimal’, a maximum of 13,000 a year. In the decade after Accession, net migration from Eastern Europe averaged 72,000 a year, more than five times the government’s highest estimate. There was, of course, the same woeful underestimate regarding the number of Romanian and Bulgarian migrants who would come after work restrictions were removed at the end of 2013 (while Migration Watch was again spot on).

The immigration White Paper, yet again, shows the Government to be deliberately ignoring the very strong public concern about massive levels of immigration that were a major factor in the referendum result. Can the public be blamed for being deeply angered at the sight of both Labour and the Tories running roughshod over their well-founded concerns, with some 38million still wishing to see migration reduced to the tens of thousands?