NewsPaperthe art of publishing
HomeCulture WarsTo save children from book brainwashing, send for Jack the dolphin
92

To save children from book brainwashing, send for Jack the dolphin 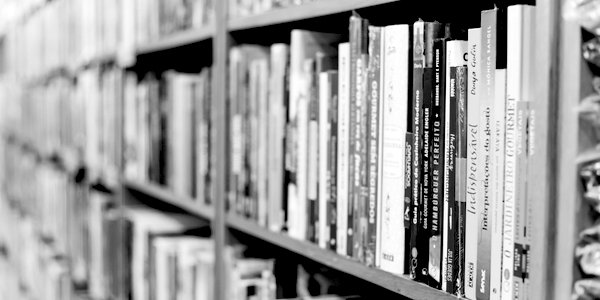 I REALISE we’re supposed to be shock-proof these days. Even so, it still gave me a jolt to read of a book called My Body is Growing, which contains explicit descriptions of sex acts – because it is aimed at children as young as four.

Some parents are objecting to its content, which is accompanied by drawings of youngsters. I fear their protests will go unheeded, because there are already whole libraries of woke books out there designed to indoctrinate innocent tots with adult propaganda of all types.

Titles available include Antiracist Baby, Feminist Baby, Daddy, Papa and Me – featuring same-sex parents – and No! My First Book of Protest. Elsewhere, one American book club for four to seven-year-olds focuses on ‘finding books featuring black, indigenous, people of colour, LGBT+, gender-nonconforming folk, kind boys and strong girls, and people with visible and invisible disabilities’.The publication of My Body is Growing is just another brick in the wall blocking us off from previously sensible attitudes.

I must emphasise that the books I’m talking about here are available from commercial publishers and individual authors. I don’t know if any is on a school curriculum in this country – I would hope not. I imagine it is up to parents to let their children read them. That being the case, all I can say with a weary sigh is: How different, how very different, from my own early encounters with books.

When I was four – 67 years ago – there were no books around which would bombard children with subjects they could not remotely begin to properly understand. In my first year at primary school, we had two sets of books – the Beacon series and Wide Range Readers. It shows you how influential these were that I remember them so well after decades. I think both imprints may still be going in some form or other.

Beacon books concentrated on the nuts and bolts of English. Wide Range Readers were simply interesting stories, fact and fiction, showing you what a wonderful gift your newly acquired skill of reading was.

One tale from Wide Range Readers that has stayed with me is the true story of Pelorus Jack, a dolphin which met and guided ships through hazardous stretches of the Cook Strait, between the North and South islands of New Zealand, from 1888 to 1912.

It was simply told, so that the magic of being able to read transported a child instantly from a school desk in England to the other side of the world, standing on the prow of a ship watching Jack’s astonishing display of empathy with Man.

And that was the wonderful thing about those books . . . they worked. With the enthusiasm of the novice, I took to reading anything and everything as I walked home from school each day – adverts on hoardings, train timetables, cinema posters, the small print on bubble gum wrappers, notices in shop windows, the lot.

There were glitches, of course. For a while, I thought the sign above the door of our local sweetshop – ‘licensed to sell tobacco’ – said ‘lick-en-sed’ to sell tobacco. The softening effect of the e following the c was as yet unknown to me.

But knowledge of words and phrases was quickly acquired as my appetite for books widened. Finally, it was time to pluck up courage to join the borough library. And down our way, it was indeed an act of courage.

The children’s library was in a small annexe, keeping its dubious clientele well quarantined from the lofty halls of the local literati in the adjoining main building. It was presided over by The Children’s Librarian (even now, I feel compelled to capitalise her), a grey-haired, gimlet-eyed harridan who obviously believed children were a damned nuisance in a children’s library.

She loomed at the entrance counter, standing behind a cowed underling who was stamping books. As urchins shuffled in, her withering, laser-like glance would sweep over them. Grubby hands, scabby mouths, snotty noses or unruly hair that might have something living in it, meant instant ejection.

If you did make it into the silent, cloistered interior of the library, you faced falling victim to the ultimate catastrophe . . . making a noise. It was the supreme shame, the definitive disgrace, the sin that could never be forgiven. I knew kids who voluntarily had their tongues surgically removed rather than risk uttering a sound.

I suppose it was the library’s way of weeding out all but the most dedicated readers. Having negotiated such hazards, we smug ticket-holders would usually seek out a Famous Five or Secret Seven book by Enid Blyton. Failing that, we would walk out clutching a large, improving volume, such as Every Boy’s Guide to Being a Jolly Good Egg.

Although we had few books at home, newspapers and comics were readily available. Unlike today, stories in the more popular papers such as the Daily Express were written in good, plain English, with correct spelling and digestible sentences.

Although some words or names were a puzzle (Dag Hammarskjöld was one I could never figure out), reading the papers was a great way to improve your grammar and vocabulary and get a feel for the rhythm and style of clearly-written English.

Even comics were instructive. The Beano and the Dandy, while being good fun, introduced us to the witty, punning, light-hearted use of language, which instinctively struck a chord with most children. On a slightly higher plane, comics such as the Eagle could be highly educational while maintaining the newspaper-like simplicity of good English.

By the time I and my fellow pupils left primary school, I’d say that even those considered the duffers were at least competent in reading and writing. Certainly, I don’t remember any who were obviously illiterate, as is the case with a lot of children these days.

Best of all, in view of the avalanche of wokery now on offer for small children, our heads back then weren’t cluttered with sexual, political and sociological guff that would more profitably be looked at when we’d had a bit more experience of life and were able to make our own judgments.

After secondary school, my good fortune was to go on and make a living out of having a half-decent command of English. I still cannot believe my luck.

That’s why I feel for the Children of the Damned Wokery. Okay, my recollections may be a little rose-tinted, but surely uncluttered, practical material is far more beneficial for youngsters than a training manual for a social justice warrior. I’m glad we had Wide Range Readers and not Antiracist Baby.

With that thought in mind, I was tempted to write to the Education Department asking for the tale of Pelorus Jack to be included in school reading material. But, remembering the way wokery has now infested government, I’m glad I decided not to.

Spreading a story to children about a sentient marine mammal being exploited by oppressive humans as they despoiled the endangered ocean ecosystem with polluting ships? I’d be lucky not to get arrested.