NewsPaperthe art of publishing
HomeNewsToksvig’s pay is 40% of Stephen Fry’s. Why so much?
172 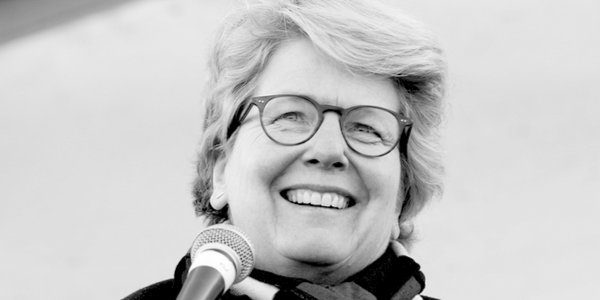 ‘The biggest event on the feminist calendar’ – this was the billing for last weekend’s gathering in Kettering of the Women’s Equality Party (WEP).

Any unsuspecting man from this part of Northamptonshire who spent last Saturday evening on the town trying to pull was liable to be in for a shock if he chose the wrong woman. At best, he might have received a lecture on gender politics, for example a reprise of ‘Parity Begins at Home’, an exploration of how ‘women cannot have equality in the workplace until they have equality in the home’;  at worst, he could have been accused of a misogynistic hate crime.

The co-founder of the WEP, Sandi Toksvig, is famous enough, and her sexual orientation is sufficiently well known, that no amorous male should have pestered her with unwelcome attention. The presumption, therefore, is that Sandi was not distracted from the serious business of speaking on ‘Grossly Undervalued Domestic Product: Why women are still outside the economic sphere and whether we should care’.

‘No, we shouldn’t care’ presumably is not the required answer.

As if her subject matter were not riveting enough, Sandi enlivened the conference with a revelation regarding her earnings for presenting since 2016 the BBC comedy quiz QI, the host’s chair having previously been occupied for more than a decade by Stephen Fry. Claiming that at the time she ‘didn’t know the facts about pay transparency’, Toksvig at least acknowledged: ‘I have a nice living and I do very well, so I was much keener to focus on the women in supermarkets.’

Not that shelf-stackers are prominent amongst the privileged membership of the WEP, nor was the audience of conference delegates likely to include a large contingent of checkout operators. Nonetheless, despite having founded a conspicuously middle-class movement, Sandi Toksvig told delegates she had ‘spent my life trying to fight for the greater good . . . I never wanted the [equal pay] argument [to be] about me’.

Toksvig then, er, made the equal pay argument about herself: ‘I have recently discovered I get 40 per cent of what Stephen used to get. And I get the same pay as Alan Davies, who is not the host.’

She quoted no figures, but this means Sandi Toksvig does have parity, not only with a man but one who has been a permanent panellist since the show began. The BBC was at pains to emphasise that all participants in QI are, and were, directly paid by the show’s ‘independent production company who manage their own talent fees’; however, the amount paid by the publicly-funded BBC to the programme’s producers no doubt reflects the remuneration of the ‘talent’.

The WEP’s Catherine Mayer tweeted a clip of her fellow co-founder on stage announcing her pay differential, a revelation which produces a theatrical gasp from the feminist audience, all of whom presumably have the outraged thought: Why so little?

HUGE GASP in room at @WEP_UK conference as @sanditoksvig reveals she gets just 40% of what Stephen Fry got for hosting #QI and only the same as Alan Davies. #WE2018 pic.twitter.com/qtZAaDgMHY

Discovering that Sandi Toksvig receives 40 per cent of the sum previously paid to Stephen Fry, who for much of his tenure on QI was probably able to name his own price for this and other work, will also have drawn gasps from many who did not attend the WEP conference. Except that for non-feminists the astonishment is: Why so much?