NewsPaperthe art of publishing
HomeNewsTom Gallagher: Flawed Sarkozy is not the man to rescue France
6

Tom Gallagher: Flawed Sarkozy is not the man to rescue France 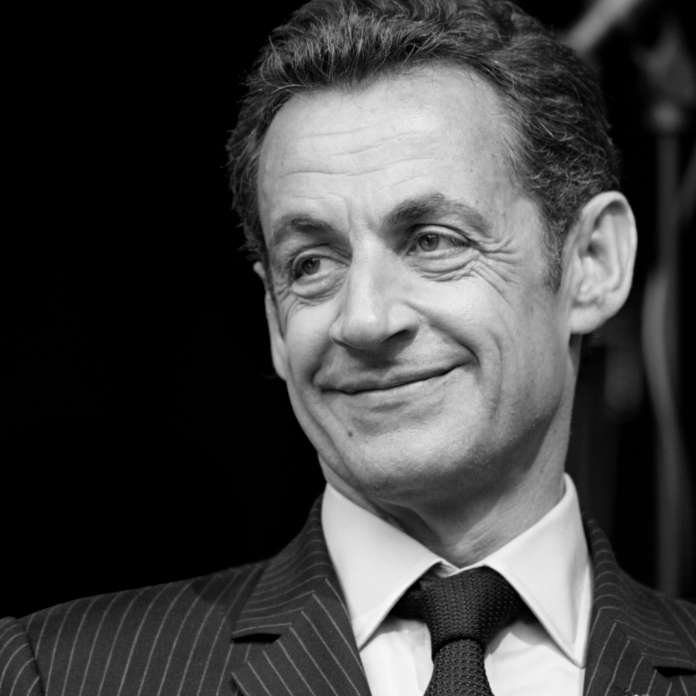 France has a mountain of economic problems, but it is surging immigration and terror that will dominate the French presidential election campaign that is already well underway. The country has been under martial law ever since the Bataclan and other attacks on 13 November which killed 130 people. Remarkably, between 6,000 and 7,000 soldiers are now routinely employed to protect schools, synagogues, department stores and other sensitive sites. This month, the French authorities revealed that the number of people who posed a danger to society due to having been exposed to Islamist radicalisation had gone up from ten to fifteen thousand.

Into this maelstrom has stepped Nicolas Sarkozy. Despite being written off as a failed former President, he has recently announced that he intends to be the candidate of the centre-right. He is undeterred by charges of campaign fraud that date from his failed re-election bid in 2012.

Last weekend, to steal the thunder of Marine Le Pen’s Front National, he promised an unflinching stance on terror: ‘Every Frenchman suspected of being linked to terrorism, because he regularly consults a jihadist website, or his behaviour shows signs of radicalisation or because is in close contact with radicalised people, must be preventively placed in a detention centre’.

His popularity ratings are low. When he got married again, months into his term, to the Italian model and singer Carla Bruni, he was dubbed le président bling-bling—‘“bling” having the same meaning in France that it has in the American ghettos where it originated, implying the flaunting of ill-gotten gains’.

The first sign of deep-seated alienation among French Muslims, mainly of North African descent, occurred in 2005 when he presided over full-scale rioting as Minister of the Interior.

As President, he did nothing to check Socialist reforms in education, which entrenched secular multiculturalism and further eroded the Christian identity, which has always sat uneasily with French republicanism. He was unable to reduce the stranglehold of the French trade unions over the labour market, which has deterred employers from taking on youngsters such as those from the Muslim banlieuse who lack a union card.

He continued the longstanding state policy of collaborating with Arab dictators, Libya’s then ruler Colonel Gaddafi is said to have funded his 2007 campaign.

In polls, the Front National regularly enjoys the support of a majority of the indigenous French working class and a growing number of young people. If Sarkozy manages to defeat Le Pen in 2017, it will only be due to receiving the votes of part of the French Left, who thoroughly despise him.

And as President, he will find a very different landscape than in 2012. To think that the French security State still has the reach to put tens of thousands of Islamist sympathisers in detention suggests profound naivety on the part of Sarkozy. The most sensitive arms of the French State are demoralised after a series of terror attacks that have resulted in massive loss of life in places where thousands congregated without assuming they were walking into any danger.

After the truck attack which killed 84 in Nice, it was clear that the security forces were buckling under the strain due to incidents right across the country. In July, the unprecedented call from Interior Minister Bernard Cazeneuve for young ‘patriots’ to join the reserves showed how great is the challenge to maintaining order.

Other attacks are inevitable, says Prime Minister Manuel Valls. Clearly needed is a leader with authority, strong nerves and the organisational ability to improve the capacity of a flabby state to protect citizens during a time of maximum danger.

There are clues that point to Sarkozy not being such an effective rallying figure. The Eurozone crisis, which overshadowed much of his presidency, showed him to be mercurial and intemperate, someone who his ally Chancellor Merkel found it hard to get along with much of the time.

Sarkozy’s arrogant manner risks entrenching defiance among young people, born in France but who spurn French identity in favour of a Salafist one. Who is to say he could not find himself in a crisis not dissimilar to the one that confronted the Shah of Iran in the late 1970s. Reza Pahlavi faced a religious revolt from people who had largely failed to benefit from Iran’s oil bonanza but he was unable to mobilise sizeable numbers of moderates because of acute deficiencies in leadership.

But France is not Iran many will insist. However, it has the largest concentration of Muslims anywhere in Western Europe and the support for extremism among young people has reached alarming levels according to polls.

France has also been beset by deep religious cleavages between 1815 and the 1930s. When it proved difficult to paper over the cracks, there was pressure to impose authoritarian rule and many regard the present Fifth Republic as having been the outcome of a ‘constitutional’ coup ‘d’état in 1958.

A decade later, the most respected French politician of the 20th century Charles de Gaulle was almost undone  by the student and workers revolt of May 1968. Sarkozy lacks de Gaulle’s charisma and integrity.

If he inherits his mantle next year, he will face an internal crisis dwarfing in magnitude that confronting de Gaulle. I fear he simply lacks the character and judgment to rally the country at one of its most difficult moments in recent history.

Share
Facebook
Twitter
WhatsApp
Email
Previous articleLaura Perrins: Men have made things a lot easier for women
Next articleLefty Lunacy: Theresa’s kitten heels set her on the path to the top