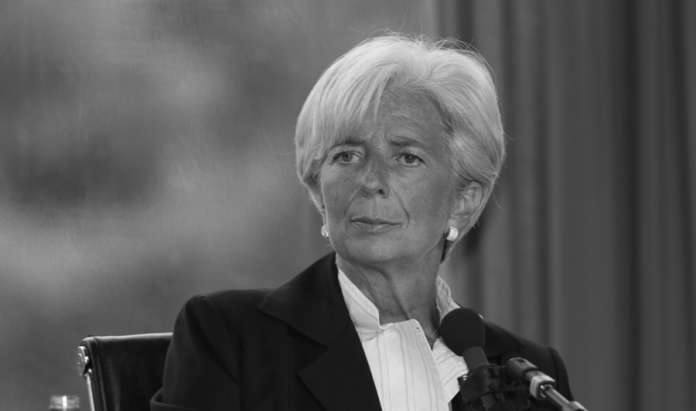 The International Monetary Fund (IMF) was one of the stock villains of the Marxist left after 1945. It had been set up in 1945 as part of the ‘Bretton Woods settlement’ meant to prevent the return of another catastrophic slump on the scale of the one that began in 1929.

It was meant to rescue countries that fell into economic crisis. A loan would be granted so as to revive growth and lower unemployment. Often  major banks and investment companies that had behaved unwisely took a substantial hit. To rescue them would have been to turn capitalism  into a tool of well-placed insiders.

It certainly was not the purpose of the IMF to artificially prop up a flaky currency project. But that is what happened in 2010 when Greece was hit by a massive financial crisis. Launched in 1999, the European single currency was supposed to be governed by the 1992 Maastricht treaty. It laid down that countries were only eligible to join whose national finances were good order. Greece did not fulfil the criteria but it was admitted in 2001, mainly thanks to the kind of persistent lobbying which often makes things happen inside the EU.

The euro allowed weak southern European economies to enjoy the same interest rates as more robust north European ones. Greek banks became a favourite source of investment for north European banks and pension funds.  Greek debt was bought up but the country plunged into crisis as a result of the 2008 financial shock caused by the collapse of the US property bubble. Investor confidence collapsed in those Eurozone countries with high levels of state and private indebtedness (first Greece, then Ireland and finally Portugal and Spain).

The customary IMF response to countries in economic trouble was restructuring debt so  that imprudent investors took ‘a haircut’  and providing a loan designed quickly to revive economic activity. But this would have been a humiliating reverse for a currency experiment, which by now was the EU’s pre-eminent political project.

Instead, in another clear violation of the Maastricht rules, ‘bail-outs’ were authorised for Greece and the other stricken countries, starting in May 2010 with the IMF being the chief donor. But it wasn’t these countries or their inhabitants who were actually being bailed out,  but debt-ridden financial institutions in northern Europe.

The EU dressed up a stance that benefited a key insider interest – namely some of the leading banks of core members France and Germany – by insisting that the lack of confidence in the Eurozone caused by debt restructuring would cause capital flight and threaten national economies with meltdown and the currency union with a messy dissolution.

A policy that was sold as ‘help for Greece’ enabled assets to be recovered and in the process the destruction of a large part of the Greek economy would take place.

Debt restructuring eventually occurred but as a 2013 IMF report put it: ‘The delay provided a window for private creditors to reduce exposures and shift debt into official hands’.

Biting austerity, leading to youth unemployment of 25-50 per cent across the EU (and no less than 70 per cent in Greece in 2013) failed to have any positive impact in the stricken Eurozone. Domestic consumption collapsed along with investment. Young people abandoned any hope of starting families, emigrating or, facing long-term unemployment, staying with their parents.

The Eurozone bailouts provided by the IMF accounted for 80 per cent of all the lending by the Fund between 2011 and 2014.  The IMF was supposed to be mainly engaged in helping  countries progress economically in the developing world.  But it had become  the captive of  an impractical ideological project, the single euro currency,  to which top EU officials and post-national politicians on the one hand, and corporate and banking interests on the other, were strongly committed.

Its head in 2010 was Dominique Strauss-Kahn (DSK), a French socialist politician with presidential ambitions. The financial journalist Liam Halligan is just one of many commentators to argue that he ‘was using the post and the influence it bestowed over trillions of dollars of bail-out cash, as a platform for a French presidential bid. As such, he turned the IMF into a soft-credit society for the Eurozone’s periphery nations, holding the single currency together for the benefit of his Franco-German friends’.

DSK as he was widely known was brought down by personal scandal not by decisions which tarnished the reputation of the IMF and plunged the EU into a systemic crisis from which it shows little sign of emerging.  His successor was another French politician, this time on the centre-right, the lawyer Christine Lagarde, who last week was sent for trial in a French court for influence peddling.

At least the IMF has the in-built mechanisms to review its performance.  It has an Independent Evaluation Office, which answers solely to the board of executive directors. According to the well-informed financial editor of the Daily Telegraph, Ambrose Evans Pritchard , ‘those from Asia and Latin America are clearly incensed at the way EU insiders used the Fund to rescue their own rich currency union and banking system’.

The IMF’s report on its role in Greece is unsparing. It describes a “culture of complacency”, prone to ‘superficial and mechanistic’ analysis,  and, according to Evans Pritchard, traces a shocking breakdown in the governance of the IMF, leaving it unclear who is ultimately in charge of this extremely powerful organisation.

The USA provides much of the IMF’s funding and usually supplies its deputy head. But its political elite has been strongly supportive of the EU project, naively believing that it might replicate the tidy and workable federal arrangement that took shape in North America after 1783. Support for the EU became positively euphoric during the Presidency of Barack Obama which, like EU functionaries, has betted heavily on a world shaped by the norms of globalisation.

Major capitalist concerns, operating in tandem with Western governments, glimpsed huge benefits from internationalising production and even labour forces in the name of globalisation. This alliance for shrinking the world into one supposedly manageable system also saw merit and profit opportunities in backing the EU’s social and environmental agendas. These have saddled European citizens with white elephant projects, not least the renewable energy obsession.

Hell is likely to freeze before before the EU, in its current shape, initiates an independent report into the euro crisis and publishes the findings. No EU project of any significance has worked well for quite a long time and there is no appetite to examine low-grade policy-making and the biases driving a range of erratic decisions. The European Parliament would be the obvious part of the archipelago of institutions to hold the entity to account but MEPs seem uninterested in scrutinising the Commission and the European Council except in symbolic and tokenistic ways.

A majority of British voters on a high turnout decided on 23 June to quit the EU. Many cannot have been unaware of the calamitous effects on Greek society of forcing through a massive  internal devaluation through sweeping wage cuts, which shrank the economy and merely increased what was an unsustainable debt. Youth unemployment of 70 per cent was the result by 2013 and it hovers at nearly 50 per cent today..

The manner in which the EU mishandled the Greek debt crisis, which could probably have been overcome relatively quickly by debt restructuring, was one of the many things which eroded its credibility in the eyes of Britons, who had viewed it with awe during the troubled 1970s.

Lagarde was one of those international ‘somebodies’ who had been induced by the Cameron government to warn about Brexit this spring. At least her tone was not as apocalyptic as some. She merely warned that she had “not seen anything positive” from it.

The IMF is needed more than ever in a world made fragile by reckless utopian missteps in Western Europe and the USA. Hopefully, its next chief will be someone chosen primarily for his or her economic competence rather than willingness to act as a tool of the EU. Such figures are more easily glimpsed at the moment in South-East Asia or parts of Latin America than in Europe.

In a moment of candour, Commission President Jean-Claude Juncker admitted last autumn that the game might be up for the EU:

“Economically, we see the end of Europe’s glorious years compared with what others are doing…The European Union is not going very well, and so we must ensure that we keep alive the ambitions, hopes and dreams of Europe’.

The release of the IMF’s own report on the lowest point in the EU saga suggests that Juncker will find it increasingly harder to maintain belief in a Europe run by bureaucrats, lobbyists and politicians dangerously remote from tens of millions of its citizens.

Tom Gallagher’s book Europe’s Path to Crisis: Disintegration via Monetary Union was published by Manchester University Press in paperback in 2014.