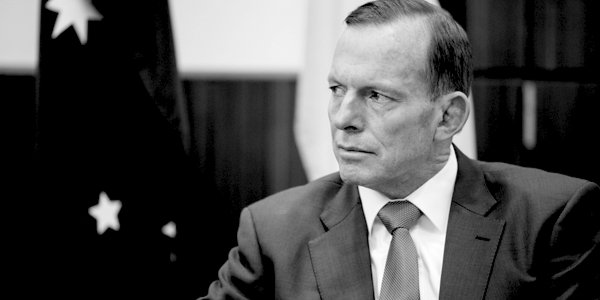 THE conservative stalwart broadcaster Mark Steyn has made the suggestion, in apparent seriousness, that the British Tories should draft Tony Abbott as the next leader of the Conservative Party. Mark’s interviewee at the time, Kathy Gyngell, editor of TCW Defending Freedom, wholeheartedly agreed with the idea.

The discussion was prompted by Boris Johnson’s implosion over his various illegal parties, aka work events, while the rest of the country was locked down and prevented from doing things like burying their dead properly with dignity and shared love. People like Queen Elizabeth.

A debate has quickly arisen as to whether the Tories would be worse or better off with a new leader who might be less conservative (even) than the morals-free, reflexive ‘faker’ Boris, who has, until now, held a strange attraction for voters. That this consideration is even part of the equation shows how far political standards of propriety have sunk in the home country, as well as in Australia.

Once upon a time, something so abominable as Johnson’s tasteless hypocrisy and subsequent obfuscation over ‘Partygate’ would simply be a sacking offence, no further questions asked. It actually had a name. It was called ministerial responsibility. It was about where buck stopped . . . Now, in an age of dispensable political morality, even the slightest deference to non-negotiable principle is overrun instantly by base electoral equations. Holding power is the pure, unalloyed currency of the career political classer. And the Conservative Party is full of them.

But now Boris ‘Calamity Johnson’ (as Michael St George at TCW has termed him) has lost his electoral sheen, what with the polls showing the critical class of ’19 behind the so-called Red Wall in deep trouble. So, the Tories are in a funk. They could lose a hundred seats. Boris is an emperor without anything much, let alone clothes. Certainly, he has little dignity. Zero credibility. He never had any ideological moorings. His big thing, apart from seeking and clinging to public office, has been Brexit. He was on the right side of history on this one, but was it even for the right reasons? He has ceased to be a liberal (look at the totalitarian lockdowns, the lost freedoms, the toying with egregious vaccine mandates, and the fealty owed to socialist health care), and he never was a conservative. Just look at carbon Net Zero, strangely also taken up, though with perhaps less relish than greenie Boris, by our lot here. And he couldn’t organise a pub chook raffle, such is his total ineptitude in managing a government.

Steyn opined that there are probably no conservatives left in the party of that name. Who then might step up?

Whimsically, Steyn noted that you don’t have to be born in the United Kingdom to be British Prime Minister. You can be a citizen of the (British) Commonwealth. Hence Steyn’s reference to the Canadian Andrew Bonar Law, a British PM in the 1920s. He might also have noted the coincidence that the other non-British-born PM is one Boris Johnson, born in New York. Another unmentioned irony is that the Oxford-educated Tony Abbott was actually born in London. The main problem for the Steyn thesis is that the Tories probably wouldn’t actually want to be led by a conservative, alas. Even if they had one.

What would Abbott bring to the job?

He is still fit and at the peak of his powers as a youngish sixty-something. He remains an ideas man and a thought leader with global reach and an astonishing range of policy interests. Despite the dominant narrative, he wasn’t a failure as a prime minister. Rather, he wasn’t really given a chance to grow into the job as Howard and Menzies famously were. As an Anglophile and a great friend of Britain – he is currently a trade adviser to the British Government – he is already halfway there. He understands the reasons for Brexit and seeing it through, without feeble-minded back-tracking or a predilection for caving into the legacy Remoaners, wouldn’t be a problem. He is no Europhile. As a former Oxford blue, he would, more than likely, have some sound advice for the English cricket establishment on how to regain much-needed Ashes cred. After all, the Poms are considering Justin Langer as their next coach.

Abbott is a great Opposition leader (possibly the best Australia has had) and, after the likely hosing out of the stables at Westminster come the next election, the Tories will need someone who is clear-headed, capable of strategic and tactical focus, with the capacity to seek out the political weaknesses of opponents like an Exocet missile, and one who knows why he is there and actually believes in something. He would most likely lead them back to government, and ensure that the next Tory administration is far better than its predecessor. It would know what it is there for. Nor is Abbott tainted by Australia’s Covid lunacy and our tarnished reputation abroad. We cannot blame Tony for that one.

Abbott could provide much needed mentoring for Jacob Rees-Mogg, the erstwhile conservative of promise in the Tory ranks but who has now lost his edge, buried under Covid mismanagement and policy chaos. Abbott would really give the leftists the irrits, something (sadly) for which conservative leaders in many jurisdictions have lost their appetite. The left really hates Abbott. When leftists do not hate Liberal/Conservative leaders for what they believe in, you really have lost the battle and most likely the big war. The best right-of-centre leaders (Howard, Reagan, Thatcher, Trump) are the ones hated the most by the left. (The much loathed George W, of course, was the exception that proves the rule.)

No, a little reverse-colonialism would definitely not go astray in the mother country.

Clearly the Liberals down under (in both Sydney and Canberra) didn’t want Tony around anymore, and so we ended up with a contest between also-rans Scott Morrison and Peter Dutton, each of whom would have struggled to be even considered for John Howard’s outer ministry. The Liberals here still don’t want anything to do with Abbott, I assume because he would be considered ‘toxic’ by the globalist bien pensants who apparently now decide these things.

In other words, he is a conservative.

Sadly, this eminently sensible strategy proposed by Mark Steyn for the British Tories will remain a figment of wistful conservative imaginations and the stuff of what-if history books. Tony Abbott will continue to traverse the globe giving sound advice and thoughtful speeches and having his audiences inevitably wondering why on earth we allowed ourselves to lose him. And Tories at either end of the Qantas One flight path will continue to be led by people without bottom (as the fictional Sir Francis Urquhart might have said), without principles, without moral compass, without coherent strategy and without direction.

This appeared in the Spectator Australia on January 25, 2022, and is republished by kind permission.

Share
Facebook
Twitter
WhatsApp
Email
Previous articleAs the economy goes down the pan(demic), toilet paper is NZ’s big worry
Next articleShould we get entangled in Ukraine? The short answer is no