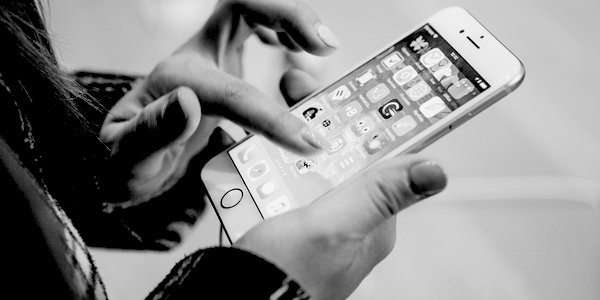 WHAT has 15 years of the iPhone done to the brain? asks the Telegraph. A better question would be to ask what the information age has done to our brains. It isn’t just Apple’s iconic device or the glowing screens of mobile phones in general that are responsible; so are those ever-present digital screens at work or play, the rise of social media and the colossal increase in information flows generally. By some accounts the amount of information we absorb in one day is equivalent to what a highly educated person 500 years ago would absorb in a lifetime.

That we can even remotely cope with such changes to our environment is testimony to the incredible neuroplasticity of the brain, but nonetheless information saturation has significantly impacted our cognitive abilities. We see the results all around us: shrinking attention spans and an insatiable need for instant gratification, the addictive behaviour we have towards our digital devices, so much so that many of us find it difficult to sustain a normal conversation without rudely sneaking a look at our phones. Who can doubt that the craving for the next dopamine-induced high is a major factor behind the narcissism that has fuelled the Woke culture, while search engine recommendation algorithms endlessly reinforce our likes and prejudices, at best confining us to our intellectual silos, at worst driving us down the rabbit holes of wild conspiracy theories?

The fact of the matter is that although we are exposed to amounts of information barely imaginable a few years ago, we are neither becoming more economically productive nor indeed happier for it. Hitherto much of the debate about information has centred around the manipulation of information flows by Big Tech or sinister Russian bots according to prejudice, rather than whether we should be regulating the sheer volume we are exposed to.

In our working lives, companies have an obvious incentive to manage information flows to maximise staff productivity. In the private sphere, our immersion in information, whether it is on our phones, televisions or computer screens, is largely voluntary, and therefore the extent to which governments can or should regulate our exposure to it on the grounds that these things may be addictive and ultimately harmful to us is a very difficult moral question.

However, where there is surely now a case against information saturation is in the public space. Now that we have so many means for its voluntary private consumption, why should we continue to be involuntarily exposed to unnecessarily high densities of information in public areas?

What we need is a new right to information sparsity in the public realm, with strong disincentives for corporations or entities who wish to expose us to dense information flows in public spaces. A particularly egregious example is the recent proliferation of powerful digital advertising screens throughout our city centres – as though we didn’t spend enough of our lives looking at screens already – but the concept could be extended to billboard advertising generally, as well as the aggressively lit, garish signage that is such an ugly and ubiquitous feature of our high streets. This is a tragedy of the commons, where shops and businesses act out of individual self-interest, constantly adding to information density to gain an advantage even though the cumulative effect is that the real world ends up mimicking all the worst features of the online one.

How would such a right to information sparsity in the public realm be enforced? The answer is, of course, through taxation: companies and institutions which insisted on advertising their public presence in highly intrusive ways would be treated as ‘information polluters’. In time, the concept could be extended to places such as train or bus stations where intensive advertising is a particular problem. Such a tax would be easy to administer and collect and could be made the responsibility of local government.

In time, a right to information sparsity in the public realm would help both to relax our overloading brains and transform the aesthetics of our public spaces into pleasant oases of calm, perhaps even leaving our high streets better able to compete with the internet in our otherwise information saturated world.