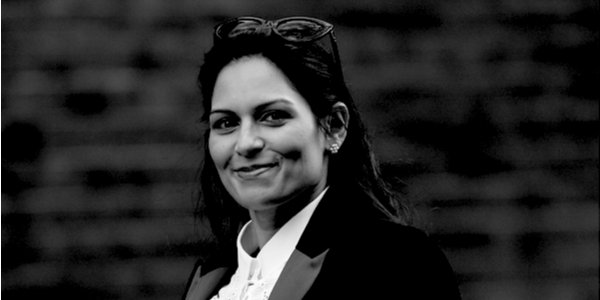 THE Times columnist and Conservative peer Danny Finkelstein has warned the party he nominally represents: ‘You can enter into a culture war if you like, but don’t be too confident you will win it.’

One thing is for sure: in any cultural conflict, Lord Finkelstein – ennobled in 2013 as part of David Cameron’s chumocracy – will not be on the side of social conservatism. Nor indeed has been any recent incarnation of the Conservative Party.

During recent decades, the country has ratcheted to the Left both socially and culturally; every time, the Conservative Party has been either a spineless spectator or an enthusiastic endorser. When political opponents accuse Tories of waging a culture war, it means only that for the moment the Left is not being allowed to advance as quickly as it wishes, and any Conservative resistance will be tokenistic, timorous and temporary.

A case in point is this week’s onslaught against Priti Patel, who last month dared to criticise as ‘gesture politics’ footballers taking the knee; she further opined that if supporters chose to boo the gesture – as distinct from barracking the players – ‘that’s a choice for them, frankly’.

After one England player directly accused Patel of having ‘stoked the fire’ of racism, Danny Finkelstein wrote: ‘In the contest between the home secretary and Tyrone Mings there will only be one winner and it won’t be the politician.’ But even if this is the case, it does not invalidate her critique.

Contrary to Finkelstein’s straw man, no one is accusing the England team of being dangerous Left-wing revolutionaries. Nonetheless, it was professional footballers who last year introduced into the UK the divisive ritual of taking the knee: they mimicked a gesture which at the time was associated with violent Leftist activism in the United States, appropriated as a slogan Black Lives Matter, and copied the Marxist and anti-Semitic group’s iconography of a clenched black fist. Britons then saw our own BLM ordering police to kneel, later attacking them and vandalising both the Cenotaph and Churchill’s statue. Yet cod conservative Danny Finkelstein asserts, based upon nothing more than supposition and a prejudiced view of football supporters, that ‘the jeering was racial abuse wearing the clothes of political argument’ and criticises the Home Secretary for not having kept schtum about the country’s footballers adopting such a divisive gesture.

More predictably, Labour’s Angela Rayner spent much of Monday sending a series of toxic tweets, including the nonsensical allegation that a Home Secretary of Ugandan-Indian descent is ‘on the same side as the racists’.

The commentator who this week has done most to defend Priti Patel against rancorous Rayner and other mudslingers is Tim Montgomerie, normally the epitome of conciliatory conservatism. Under the circumstances, most conservatives kept their heads down, so hats off to Tim for continuing to announce that he shares the Home Secretary’s disdain for Black Lives Matter and still disapproves of footballers taking the knee.

Tim later appeared on Channel 4 News and continued to perform bullishly, this time against Alastair Campbell who accused the Government of a ‘culture war that they are deliberately provoking on so many fronts’. (If only.) Towards the end of the interview Campbell was bothered by a fly, presumably attracted to the excrement being spoken.

To complete a busy day, Montgomerie was one of the reviewers on Sky News’s Press Preview. Unfortunately, by then the Conservative MP Johnny Mercer had wittered on about ‘empathy’ and ‘the painful truth that [Tyrone Mings] is completely right’.

Influential backbencher Steve Baker also publicly wrung his hands: ‘Much as we can’t be associated with calls to defund the police, we urgently need to challenge our own attitude to people taking a knee. I fear we are in danger of misrepresenting our own heart for those who suffer injustice.’

Undermined by pusillanimous parliamentarians, by the time he appeared on Press Preview Tim Montgomerie no longer seemed up for the fight, conceding that ‘Steve Baker might be on to something’ and the Conservative Party must ‘recalibrate what we are saying’.

While continuing to insist that ‘I did object to it, I do object to it’, Montgomerie resignedly remarked: ‘You do get to a point where people begin to think that your opposition to taking the knee is because you oppose racial justice. After a while you just have to give up on an intellectual argument and surrender.’

As ever, the Conservative Party backs down and drifts Leftwards.