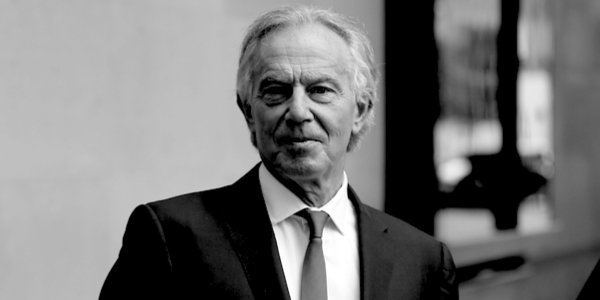 MOST popular criticisms of government assume that its role is to serve ‘the people’. There is no reason why this should be so.

The assumption is fostered by universal adult franchise, which in the UK is less than 100 years old. Until 1918 only men over 21 who owned property could vote. The Representation of the People Act of 1918 granted the vote to women over the age of 30 who met a property qualification, and to all men over the age of 21. Only in 1928 did all women acquire the same right as men.

After the sufferings of the Great Depression and WWII, the people wanted a new deal. Many of the middle and upper classes had worked and fought alongside the common sort, and sympathised with their aspiration to defeat the ‘five giants’ of ‘Want, Disease, Ignorance, Squalor and Idleness.’ After the landslide Labour victory of 1945 there was for decades a cross-party consensus, a competition to do more for the people.

However, the means can corrupt the end. Like Frankenstein’s monster, however a government is brought into being, it wants to survive. It has to win elections to carry out its agenda, not all of which may be understood or wanted by the voters; but there is also the delight of power, with its perks and privileges, plus potentially the glittering prizes after leaving office. So the game is to get enough votes in enough constituencies.

Every form of government has its flaws. For example, in ancient Athens all free men (though not women or slaves) could attend a weekly assembly and vote to decide the issues; representatives were not needed. It sounds almost ideal, a true democracy, but the Achilles heel here was the power of the orator, who could influence people’s judgment with his presentational skills. Demosthenes, the greatest speaker of his time, persuaded Athens to resist Philip of Macedon and later, his son Alexander the Great. Athens was defeated and could easily have suffered the fate of the city-state of Thebes, which Alexander destroyed.

In a mass representative democracy like ours, persuasion is the key again. Huge sums are invested in analysing the voter patterns and concerns of groups of people in each constituency, and in formulating policies that appeal to the ‘swing voter in the swing seat’. Since we depend so much on mass communications to follow what is going on, the political parties employ professional influencers to network with the staff of newspapers, TV etc.

Tony Blair’s ‘New Labour’ government went further. On May 3 1997, the day after taking office, it used an Order of the Privy Council to politicise the Civil Service, providing that ‘up to three special advisers (in practice in No 10) could exercise management control over permanent civil servants’. (To his credit, Gordon Brown revoked the Order ten years later on becoming Prime Minister.)

Blair was a master of presentation and always concerned to enhance his personal profile. In 2000 he wrote a memorandum analysing topical issues in political terms, for example: ‘On the family, we need two or three eye-catching initiatives . . . I should be personally associated with as much of this as possible.’ Clearly, what matters here is not the initiatives themselves, but their effect on public opinion.

In 2000 there was a matter that needed to be settled quickly to keep the political atmospherics sweet in the run-up to a General Election the following year. In this case it was the fate of the Rover car-making plant at Longbridge, Birmingham.

The firm had been struggling for years and a venture capital company called Alchemy offered to buy it from its owners, BMW, cut its size and specialise in a line of sports cars. The rest of the land could be redeveloped for housing and retail. The surplus workers would have their pension rights and redundancy payouts honoured, and some could still look around for employment in other plants.

But with the election coming in 2001, the government chose to encourage a management buyout that would preserve the whole plant. Thousands of jobs were saved – supposedly; but the main thing was that the appearance of success lasted beyond the election.

Rover did go bust anyway (after a £6.5million ‘bridging loan’ to prevent its collapse immediately before the next General Election in 2005). The buyout team had paid themselves tens of millions of pounds before the firm collapsed; they were later barred from holding directorships.

As for the workers, they didn’t get the redundancy payments they’d have had from Alchemy in 2000, and their pensions were hit too. Anyone still interested in car work elsewhere would then be five years older, in an industry that some believe discriminated on the basis of age prior to new legislation in 2006. One of the objections to Alchemy’s proposals was that the site was too polluted for residential development. Now it’s been cleared and built on.

The point of recounting this episode is that the British Labour Party was set up to promote the interests of the working class in this country. Instead, in a sham democracy, it has mutated into an election-oriented machine that is prepared to deceive and sacrifice what used to be its core voters if that is what it takes to get into Number 10 again.

And now we have Conservatives who learned from Blair.

This appeared on Now and Next on June 17, 2022, and is republished by kind permission.

Share
Facebook
Twitter
WhatsApp
Email
Previous articleAfter Rwanda fiasco, Britain must be ready to repeal human rights law
Next articleThe climate scaremongers: 200,000 homes to be lost to the sea (or not)