DO you remember the tenor of the media reaction in the wake of the EU elections just under three weeks ago? Admittedly, the Lib-Dems did reasonably well, but despite coming a distant second on 19 per cent to the Brexit Party’s 30 per cent, the overwhelmingly dominant media narrative was ‘Lib-Dem surge’, or even – stretching mathematics far beyond anything Archimedes might have envisaged – ‘the Lib Dems were the real winners’. 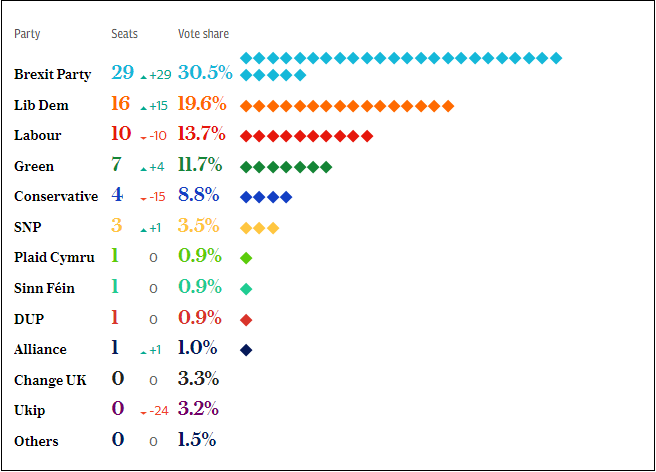 We’ve seen something of the same in the wake of last Thursday’s Peterborough by-election, in which Labour narrowly managed to retain the seat – which fell vacant because of a successful recall petition by voters against its disgraced previous MP – by the wafer-thin margin of 683 votes. That result has since been attacked as potentially fraudulent owing to abuse of postal voting, of which more later. 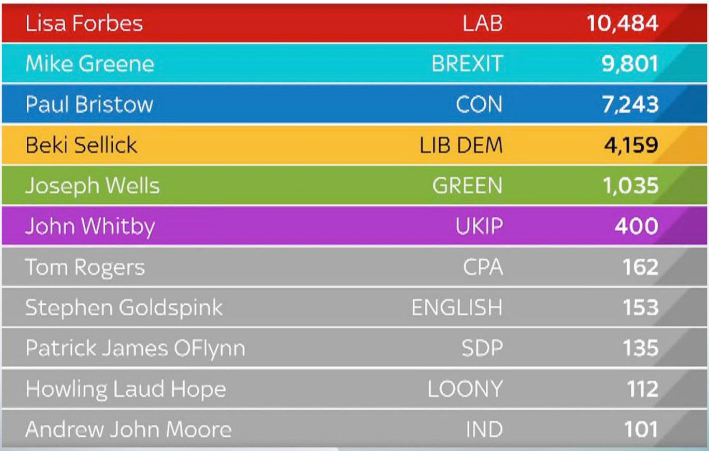 From sections of the media coverage, you could have been forgiven for thinking that Labour had captured the seat, defying expectations and against all the odds. ‘Labour shows Farage the exit’, rejoiced one Guardian commentator. ‘A major blow to Farage’s ambitions – the Brexit Party has a major problem’, burbled one report in the Daily Telegraph. ‘Nigel Farage’s swift exit is significant as Brexit Party bid fails’, exulted Sky News.

Less remarked upon, if at all, was the fact that the Brexit Party was formally launched only on the 12th of April, which made coming from non-existence to within a whisker of winning a by-election and securing its first MP in a mere eight weeks unprecedented. In comparison, the Labour Party took six years, from its formation in 1900 until 1906, to acquire its first MP.

Those figures aren’t inconsistent with polling since the local elections in early May. The collapse in both Tory and Labour votes does look to be getting entrenched. When was the last time both ‘main’ parties were regularly polling around 20 per cent? The Great Realignment is under way. (At TCW we predicted it ten months ago.)

Also downplayed was the advantage Labour enjoyed from its long-standing voter database and historic voting records, and its superior on-the-ground organisation. I suspect that once the Brexit Party is on an equal footing with the established parties in those areas, we will see the effects.

In fact, merely entering the Peterborough vote-shares into the Electoral Calculus predictor of Westminster seats shows the Brexit Party as the second-largest party in Parliament, on nearly six times as many seats as the Tories. Quite where the two ‘main’ parties’ apparent complacency comes from is a mystery. 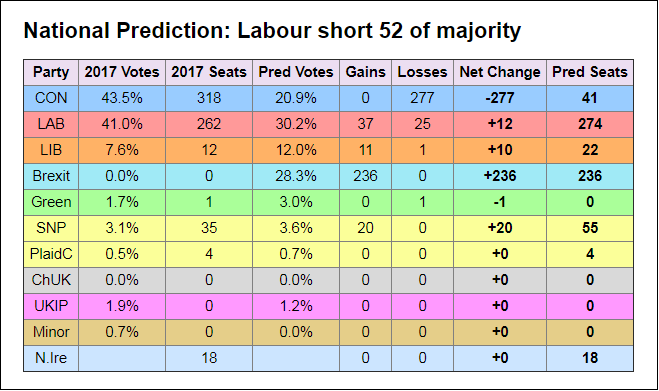 It soon became apparent that the Peterborough result was an outlier in several respects. First, it had defied most psephological predictions. 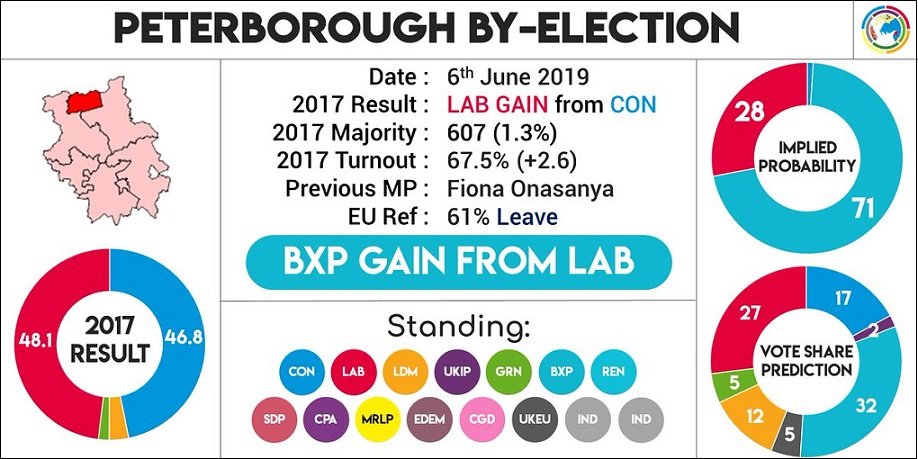 Second, the size of the Labour vote looked an outlier against the general run of polling. In the 2016 EU Referendum, Peterborough voted 61:39 for Leave. The estimate of its vote, contained within that for the East of England region, in the EU Parliament elections on 23 May showed the Brexit Party on 32 per cent against Labour’s 22 per cent. The differences from the YouGov poll of Westminster voting-intention taken on the same day look marked. 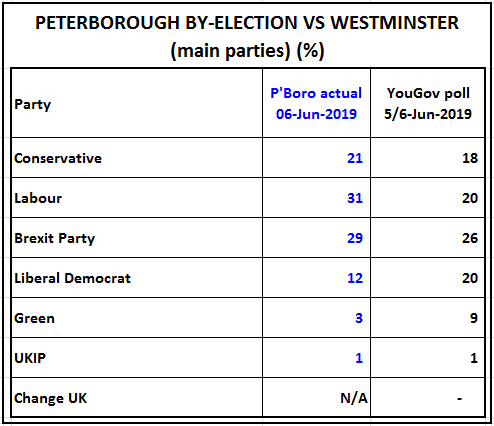 It didn’t take long for indications to emerge of where the reasons for the apparent anomaly might lie. The lights started flashing amber even before the count, when the unusually high proportion of the turnout – which at 48 per cent overall was itself unusually high for a by-election – accounted for by postal votes was revealed, namely no less than 39 per cent, double the national average, and about 50 per cent higher than the largest ratio of postal votes to overall turnout previously recorded. Also noted was the 69 per cent return rate for postal ballots issued, which again looked unusually high

Commentators soon picked up on the fact that among Labour’s local campaign team was one Tariq Mahmood, a convicted vote-rigger, as well as the appointment by Jeremy Corbyn to his party HQ staff of Marsha-Jane Thompson, herself possessor of a criminal conviction for electoral fraud.

Pressure is mounting on the Electoral Commission to mount a formal investigation, and as this article was being completed unconfirmed reports were circulating that Peterborough Council had launched its own investigation after numerous complaints.

A comprehensive summary of all these events and their background can be read here.

Yet on this, intriguingly, the ‘Conservative’ Party has been noticeably silent. The Tories appear to be virtually ignoring the mounting accusations of Labour’s potentially criminal electoral fraud via postal vote rigging. One might reasonably have expected them, if not to raise objections immediately, at least to be joining in the growing expressions of concern and suspicion. After all, their candidate was affected by it too.

Is it right to assume they’re relatively untroubled about it, either because they also hope to profit from it themselves in some areas, or because they’re content to tolerate it as long as it adversely affects mostly the Brexit Party, which is as big a threat to them as it is to Labour?

Or is it something else? Do they still retain the hope, even intention, to try to get Theresa May’s Remain-Lite, Brexit-in-name-only, ‘Withdrawal Agreement’ through the House of Commons using Labour votes, irrespective of who wins the leadership contest and thus becomes Prime Minister? And therefore they don’t want to be instrumental, or even prominent, in having the Peterborough by-election annulled and re-run, which would almost certainly see a Brexit Party MP in Parliament?