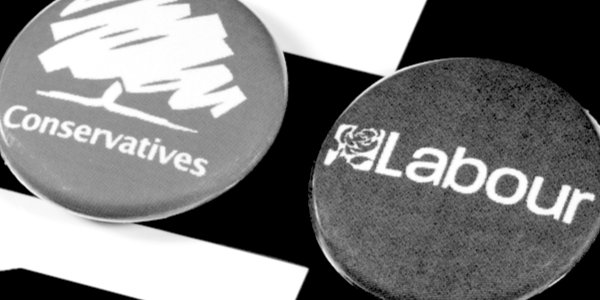 IT IS an interesting coincidence that the Queen-Empress whose name defined the age that dominated 19th-century history passed away just five months into the 20th century. Some historians disagree with using ‘Victorian’ to define the 19th century, preferring the definition of the ‘long’ 19th century starting in 1789 and ending in 1914, with a ‘short’ 20th century then ending in 1991. This makes a kind of sense. The USSR collapsed, having withdrawn from Afghanistan two years previously. The Afghan regime they left behind tottered for a few years before being toppled by the Taleban. Our Sarajevo moment took place in 2001, setting the agenda for the 21st century, whether it be ‘short’ or ‘long’. Let’s hope short.

This categorisation, crude or otherwise, has led me to wonder whether it would be possible to state for the UK which political party ‘won’ which decade in the calendar 20th Century. So here goes. This is a subjective view and quite open to challenge.

The 1900s were won by the Liberals, as they pushed through reforms in the teeth of Conservative opposition over issues such as Home Rule, Trades Union law and welfare. The Liberals continued their winning streak in the 1910s, leading the country to a decisive but pyrrhic victory against Prussian authoritarianism. However, they sowed the seeds of their own doom by granting universal suffrage, leading to their replacement as the anti-conservatism party by Labour.

I would judge that despite the first Labour government in 1924, the Conservatives won the 1920s. A vote of confidence in the party has to be the way Winston Churchill decided to ‘re-rat’ and cross the floor, ending up as Chancellor of the Exchequer. While damned for returning the UK to the gold standard, a policy also supported by Labour, he did also champion Neville Chamberlain’s Widows, Orphans and Old Age Pensions Act, finding the money for this Conservative welfare policy. The Conservatives also saw off a challenge to their authority in the form of the General Strike of 1926.

Although Labour split as their second spell in government collapsed, leading to a Conservative-dominated coalition, I would judge that Labour won the 1930s as they seemed to win the battle of ideas about welfare, and disastrously, disarmament. Re-armament was delayed for two years, partly due to the Depression, but also because there was no political will for it, especially due to Labour’s explicit pacifism. The ‘Guilty Men’ of British appeasement had no choice if the weapons cupboard was bare.

Labour also won the 1940s. The national emergency saw a dramatic rise in state control with the implementation of war socialism, followed by a landslide Labour win in 1945 on the back of the Beveridge Report over welfare.

However, the implementation of a socialist utopia was prevented by post-war austerity. People wanted greater economic freedom in peacetime. The Conservatives won the 1950s as affluence led to a desire for greater choice and less state restriction, epitomised by the abolition of the compulsory identity card in 1952, 13 years after its introduction and seven years after the war which necessitated this had ended.

But Labour won the 1960s, as economic freedom led to demands for social and cultural freedom and an excitement about the promise of technology. The Conservatives were seen as stuck in the past and became an object of ridicule for this, exemplified by Peter Cook’s impersonations of Harold Macmillan, which scandalised and excited different sections of the populace.

Labour, however, lost the 1970s, even though they were in government for half of that decade and there were barely any Conservative reforms under Heath. Although still progressive, it was demonstrated that socialist economics no longer worked, if they had ever done so in ways other than rebuilding a postwar economy and managing decline since 1945. The fact that it took a series of strikes to bring Labour into power, and then only just, simply demonstrates that their ideas were those of necessity and not progress. Despite the premiership of Ted Heath, I class the 1970s as a Conservative win by default.

The Conservatives also win the 1980s and 1990s as socialism collapsed globally. And here I go out on a limb, or perhaps, another limb.

I would state that the Conservatives also won the 2000s and the 2010s. This is despite Tony Blair’s succession of victories. While Blair did channel further cash into state services and continued social reform, ramping up the state’s share of GDP, this was not such a radical shift as the 1960s. Blair did so within a framework of the Thatcher reforms, few, if any, of which he reversed. His successors have all lost elections. Gordon Brown tried to make the economy more socialist and was punished. Ed Miliband tried to win on the basis of appealing only to a core vote and betting on the collapse of the Coalition and was humiliated. Corbyn continued the rout, benefiting from the turmoil of Brexit and a disastrous Conservative campaign to bring Labour back to the level of Gordon Brown’s defeat but no further.

So there is my survey of the post-Victorian decades in British politics. Liberal/Labour 5, Conservatives 7. It’s still close. But in my opinion the Conservatives have so far had an unbroken run since the 1970s, both due to exposure of the failure of competing ideas, but also the triumph of their own. Others will disagree, but today’s Labour party believes that the Blair years were just ‘Red Tory’. It remains to be seen who will win in the 2020s. This can only be judged in retrospect, but it seems to be on a bit of a knife-edge right now.

Share
Facebook
Twitter
WhatsApp
Email
Previous articleMay’s crimes against reality
Next articleYou don’t have to be an arrogant bully to be on the Left, but it helps