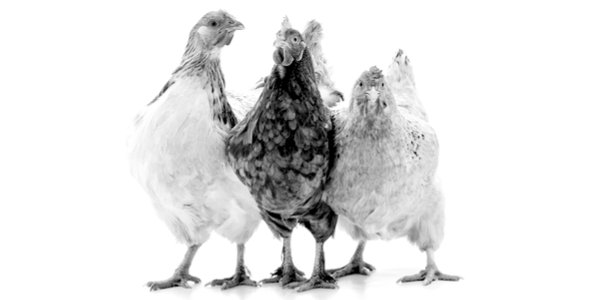 Much merriment has ensued since the Tories revealed their hilarious ‘Nando’s initiative’ to gain more members. As TCW remarked, its silliness encapsulated why the party has such a problem attracting recruits in the first place. By being so exceptionally patronising, the party shows that it has never really moved on since the days of Lord Salisbury and the Primrose League, when members were expected to know their place while politics was left to their social betters. A wag might be tempted to add that Nando’s, being famous for its chicken, is the perfect partner for a party in permanent need of a spine transplant.

Attempts to address the Tories’ seemingly terminal membership decline are not new, and neither is their failure. In the 1990s the then thirtysomething William Hague wanted a membership whose average age was younger than he was; numbers kept falling and the average age of a party member is now 57. Under the Cameroons the obnoxious strategy was to purge the ‘swivel-eyed loons’ and deliberately to ‘lose 25 per cent to gain 50 per cent’, once again showing the deeply ingrained contempt and snobbery the party grandees have always had towards the grass roots. Unsurprisingly, membership nosedived again, and now stands somewhere between 70,000 and 124,000. Once, the party acted as a giant dating agency for middle-class youngsters and had millions of members. Now, reportedly fewer than 10,000 are under the age of 30. The situation is truly desperate.

The Tories’ failure is even more stark when you consider that there is a huge surge in interest in genuinely conservative ideas. The internet is driving a new conservative culture that has, thankfully, nothing whatsoever to do with Toryism and stands in stark, mocking contrast to it. Where Toryism is narrow, stagnant, uncertain, cowardly and largely restricts itself to economics, the new online conservativism is broad-based, vibrant, tenacious, courageous and concerns itself mostly with matters of culture – a subject the Tories have entirely ignored.

It also does something that the craven, cynical Tories haven’t done for conservatism in decades – it wins. The apparently unstoppable feminist movement was fought to a standstill in the online Gamergate controversy. Recently the YouTube luminary Professor Jordan Peterson intellectually thrashed the right-on interviewer Cathy Newman, an encounter watched online more than 8million times. More generally, the alternative media has broken the Left-wing stranglehold of the broadcast news networks and is credited with driving Donald Trump’s victory over Hillary Clinton.

In the age of internet and widespread personal choice and empowerment, those genuinely interested in politics want rather more engagement than chatting to some entitled toffee-nose or oleaginous social climber at the annual branch cheese and wine. It is highly doubtful that the Tories, with an ancient, anti-democratic culture of snobbery and entitlement, can ever satisfy these demands. The continued withering of its local associations will reveal that the party consists only of a few ambitious individuals with significant City money behind them. That, surely, would prove its downfall.

If the Tory party does fall, things will become truly interesting. Its replacement is unlikely to be a traditional political party, and instead it may be akin to the new internet-based mass movements that we see around us today. Currently British conservative politics, indeed politics generally, resembles an island castle keep. Inside, the elites play their courtly Game of Thrones, while the seas crash against its walls in futile rage. The castle looks secure, but its foundations are weakening, and it may take only one very large wave to drown it for ever.